It’s a long way from the trellises of New Zealand’s Marlborough wine region for award-winning winemaker Allan Scott, but he looks relaxed posing for photos on the corner of one of Ho Chi Minh City’s busiest streets.

He has visited Vietnam numerous times over the years.

Allan’s indifference to the calamitous traffic conditions in the streets behind him is evidence enough to prove this is indeed not his first time.

In between poses, he appears comfortable speaking freely and openly about the relationship between wine and food here.

“At first, I loved the lack of sophistication and naivety with matching food and wine together in Vietnam,” says Allan over the din of the traffic about his first visit to Vietnam in 2004. “I was struck by the friendliness of the locals and their willingness to learn about combining wine with food.

“The thing that struck me the most on my first visit was Vietnam’s obsession with red wine — it seemed so out of whack with typical Vietnamese cuisine.

“I could immediately see that fresh, fruity, clean Marlborough style wines were perfect to pair with Vietnamese food, so I couldn’t get why red wine was so popular, it seemed so wrong. Then I realised it was the ability to appreciate reds in much warmer climates. But thank God for refrigeration!” 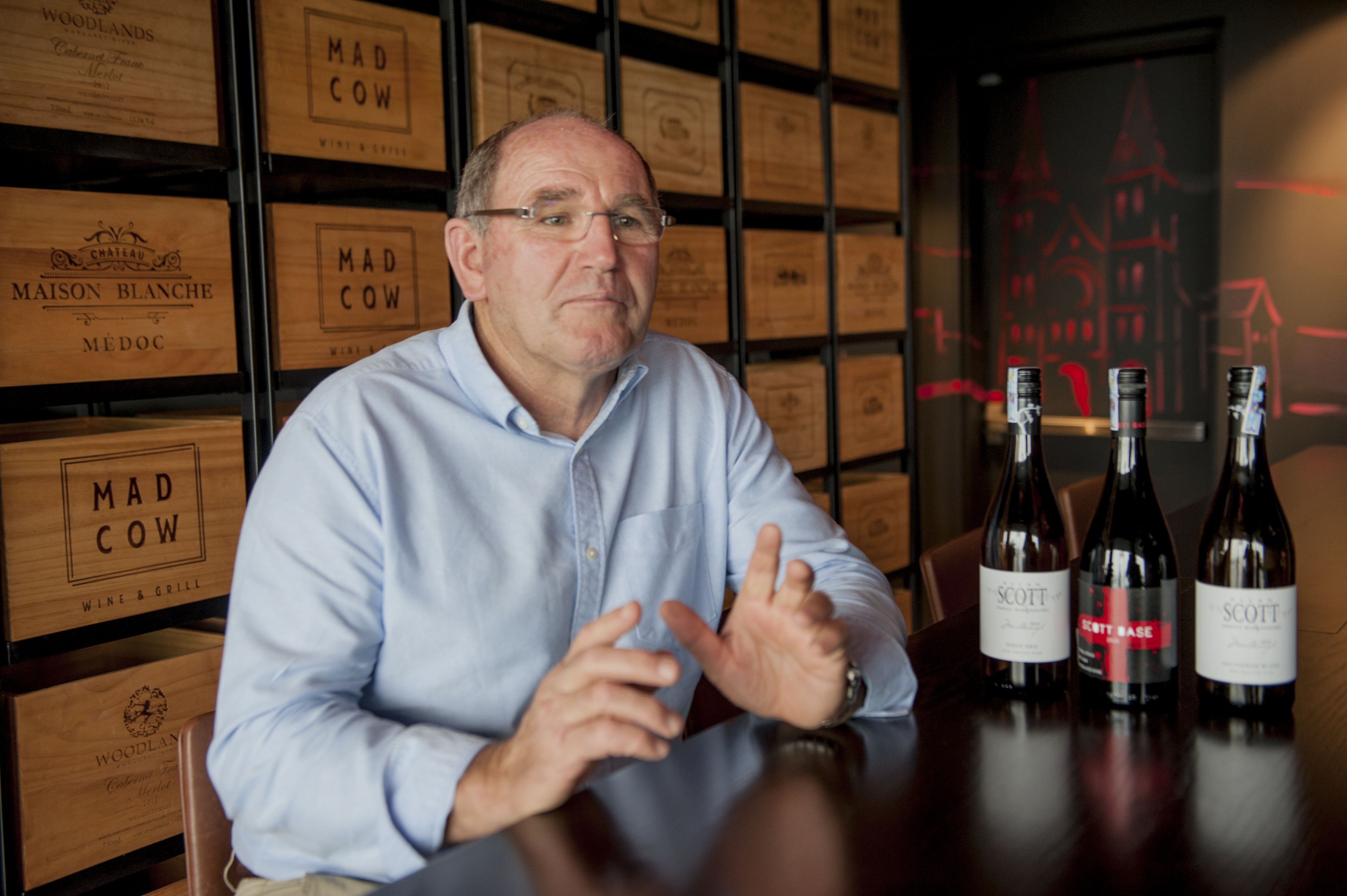 It won’t be the first or last time that Allan scorns the Vietnamese penchant for full-bodied red wines during our chat.

It’s not that he dislikes reds — he produces and sells lots of it — but it reveals an enduring frustration he seemingly feels when his product isn’t given the chance it deserves, and that is, by being paired with the right food.

“Marlborough wines, particularly sauvignon blanc and riesling, always have a hint of citrus, and with Vietnamese cuisine, it really accentuates the flavours,” explains Allan. “Even though the wines are generally ‘bone dry’ or ‘off dry’, there’s always underlying fruit sweetness, which makes for perfect balance.”

Yet, despite the Vietnamese love affair with cabernet sauvignon and merlot varieties, Allan, who is visiting Vietnam this time as a guest of Mad Cow Wine & Grill at the Pullman Saigon Centre, has noticed during recent visits that the lustre of red wine is beginning to fade among Vietnamese wine drinkers who, he says, are becoming more used to having wine with food and simply appreciating it on its own.

They are beginning to explore more.

In the time that Allan has been visiting Vietnam, the country has undergone significant economic growth which, according to a EU-Vietnam Business Network (EVBN) report this year on market trends in the luxury goods sector, has generated an increasing appetite for luxury goods among a young rising middle class that has a desire to flaunt its social status with conspicuous consumption.

But it’s not just that.

The EVBN report says that the Vietnamese have become better educated as consumers and are, hence, becoming more selective and demanding with their choices.

It has been reported that wine sales are estimated to be close to US$1 billion per year already (yes, already) and that by 2025, it’s forecasted that the Vietnamese will on average drink seven litres of wine per person each year. 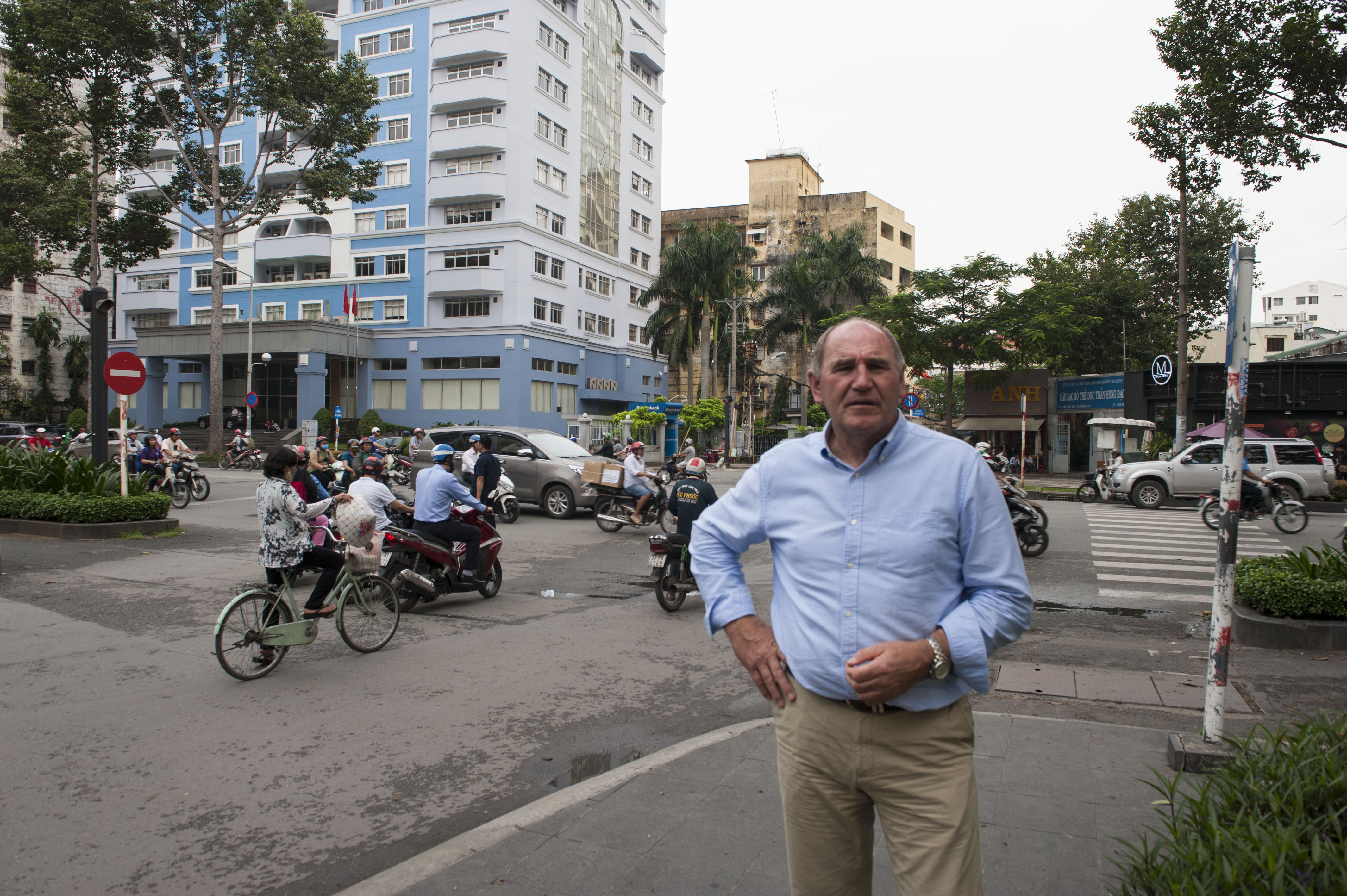 “Vietnam has changed massively in that time,” says Allan. “I can’t believe how much more it’s changed even since I was last here 18 months ago. My first visit was with some trepidation because of all the unknowns, including the history and its unsophisticated food and wine industry, but Vietnam threw open its doors and showed us there was a place in the market for them — as risky as it was at first — but quickly, both sides foresaw the perfect match and the market growth that lay ahead. Vietnam gave Allan Scott Wines that insight, accepted and embraced us and we will always be indebted for that.”

It was one day in 1973 as a young man that Allan found himself as part of a small team that began planting the first grapevines in the Marlborough region on the South Island of New Zealand.

In a recent interview he said that he had had no interest in wine and “just happened to be in the right place at the right time.”

Allan is now the only person remaining from that first day almost 45 years ago when news of someone planting wine grapes in the area was met with laughter and derision from the locals.

Now his name appears on over 1.5 million bottles of wine sold around the world each year that is produced at his own winery he established in 1990.

“It’s amazing to think it has gone from nothing into a multi-billion dollar industry and has brought international fame to the region.”

When asked if the same thing could happen in Vietnam, he had this to say:

“To be honest, we looked and tried the wines and vineyards of Dalat and I can’t say I was overwhelmed. I just don’t think the climate is suitable, and given we are told the climate is going to get hotter and wetter, the chances for wine grapes here are slim.”

Not overly encouraging words, but so were those heard by Allan all those years ago when the odds were seemingly against him as he embarked on what has turned out to be a lifelong love and obsession. 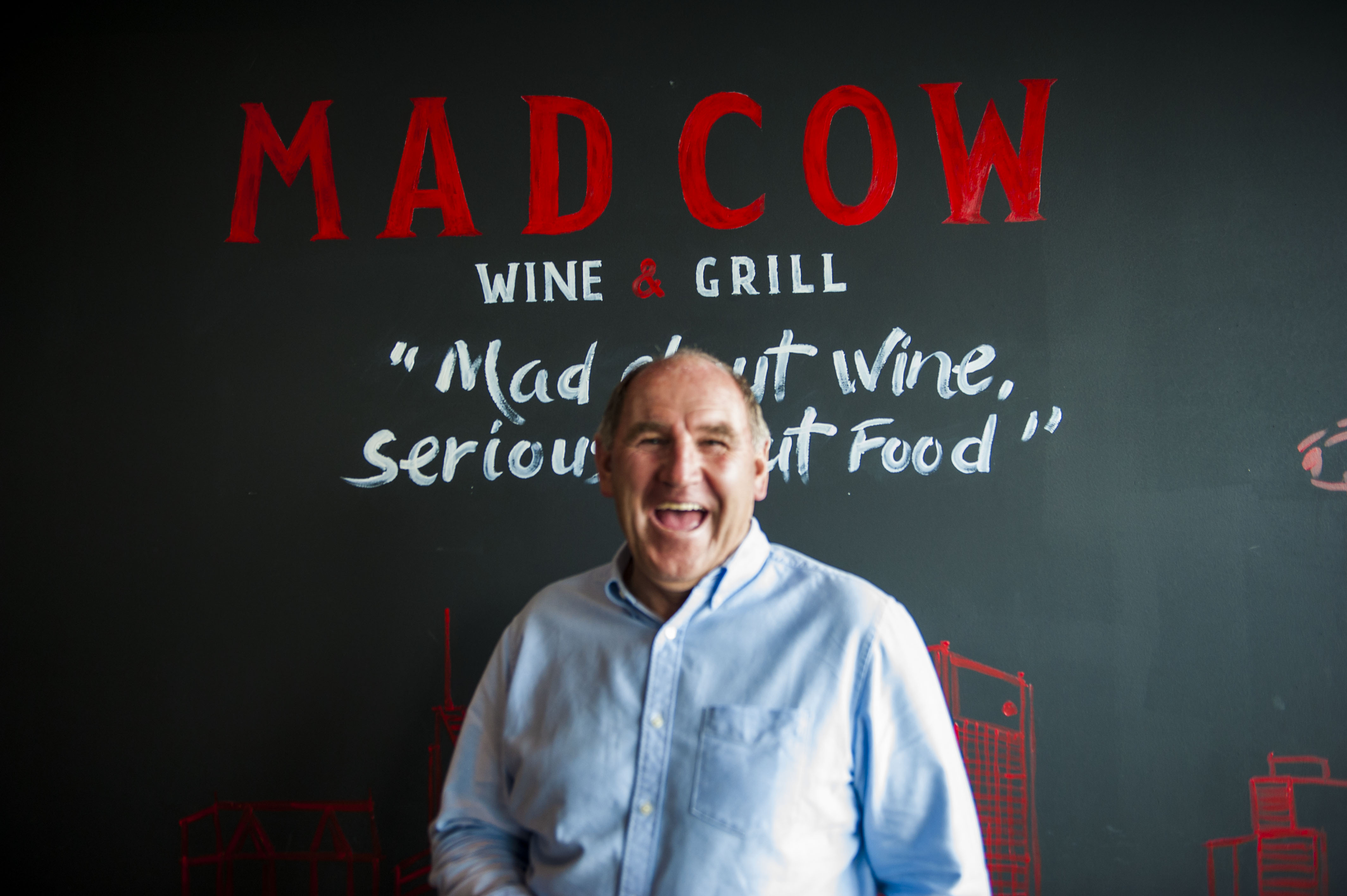 We asked Allan to match his wines with some of Vietnam’s most common dishes:

For more about Allan Scott Wines, go to www.allanscott.com

For more about Mad Cow Wine & Grill, go to www.madcowsaigon.com