Oktoberfest Vietnam 2018, Ho Chi Minh City’s most exciting annual German beer festival, returns for its 14th year at Windsor Plaza Hotel. Taking its roots from Munich, Germany, Oktoberfest Vietnam is a celebration of authentic German food, beer, and fun. Festivities kick off each night at 6pm and run until midnight from Oct.3 to 6 and continuing on Oct.10 to 13. 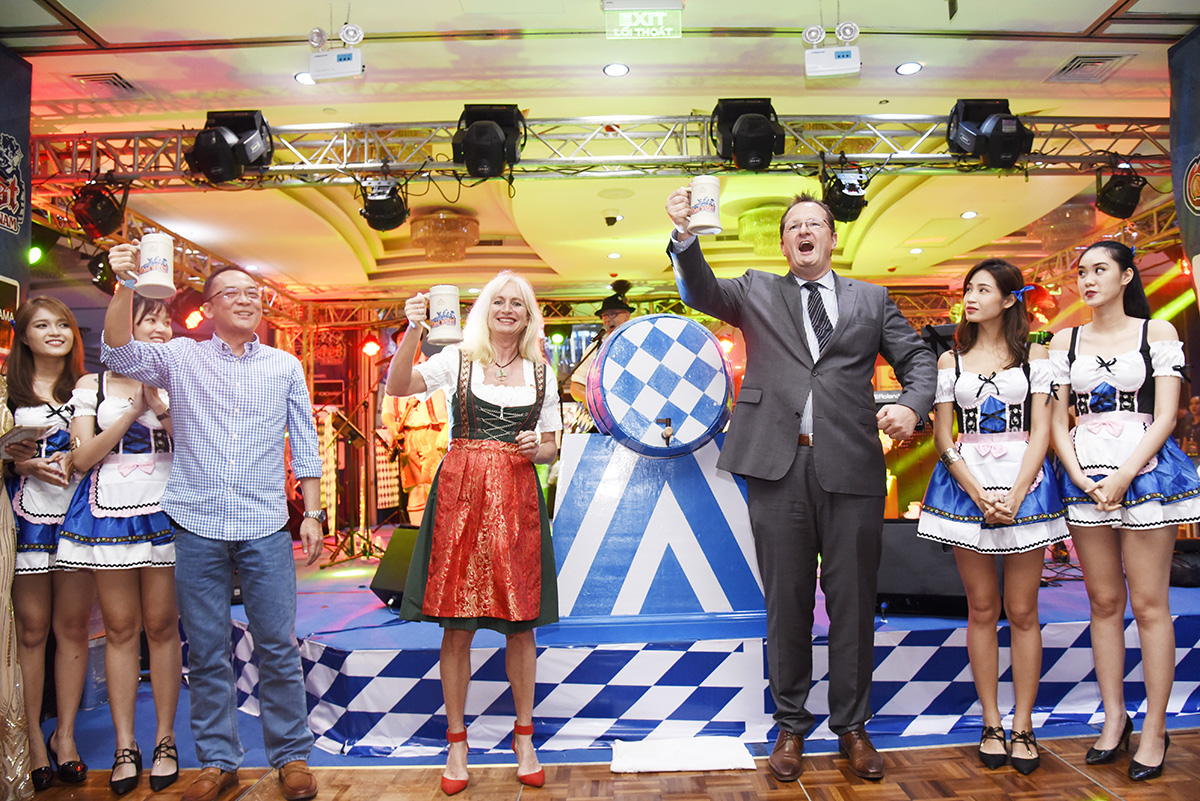 An annual event, Oktoberfest recreates the atmosphere found in the massive beer halls of the original, complete with an expansive buffet of savoury German cuisine including sausages, schnitzel, crispy pork knuckles, sauerbraten, pretzels, sauerkraut and much more. With an Oktoberfest Vietnam ticket, guests can also enjoy free flow Schneider Weisse and Krombacher beer directly imported from the brewery.

The Windsor Hotel is the long-time home of Oktoberfest in Vietnam and has been hosting the event since 2005. Oktoberfest Vietnam has also been recognised by Reuters as one of the Top 10 Oktoberfest celebrations outside Germany, and has been featured in the Chicago Tribune.

Windsor Plaza Hotel brings the atmosphere of the traditional Oktoberfest from Munich with an opening ceremony featuring the tapping of the first beer keg. Guests wear traditional Bavarian attire while dancing to favourite Oktoberfest songs. 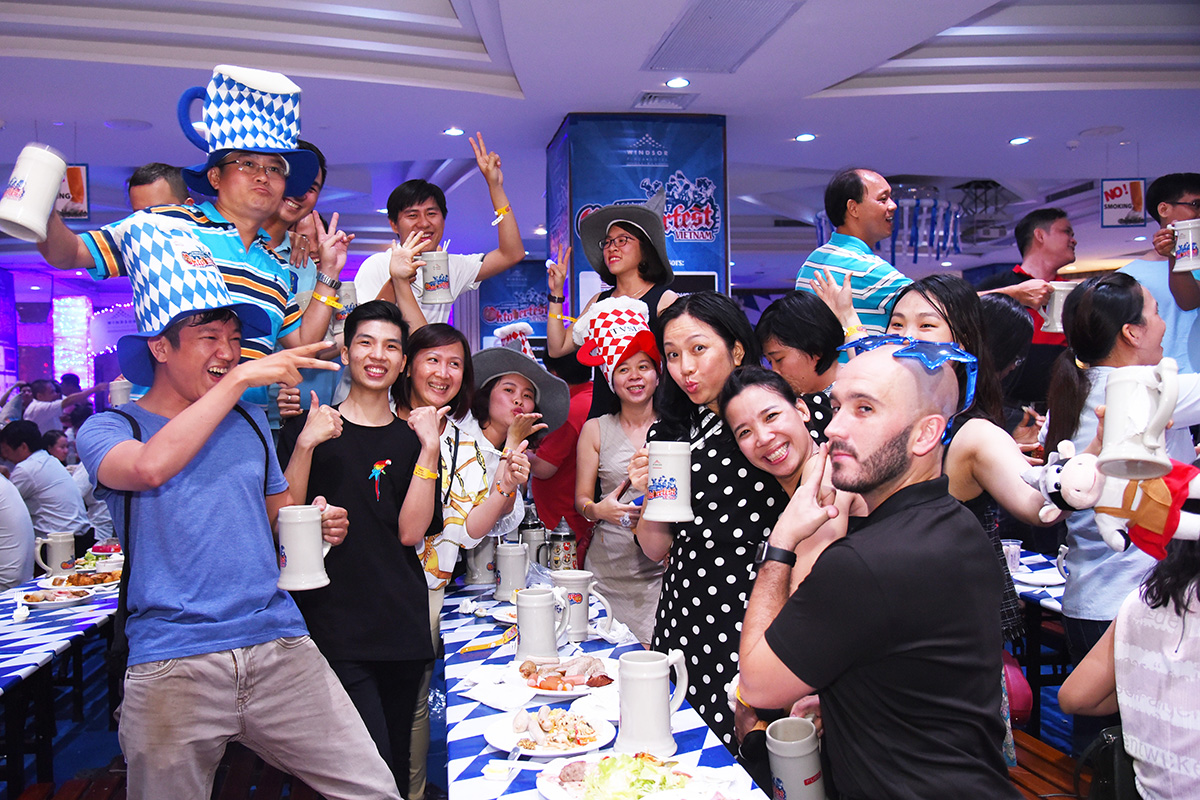 This year, the event again welcomes Partenkirchner Musikanten, a traditional Oktoberfest band from Germany, which has played concerts worldwide. From beer tents to banquet halls, the band is famous for their beer-toasting medleys. There will also be a great lineup of entertainment including live performances by an acrobatic aerial dancer, an energetic female DJ and a well-known rapper. In addition, guests can partake in delightful activities, exciting games, prizes, and many other surprises. 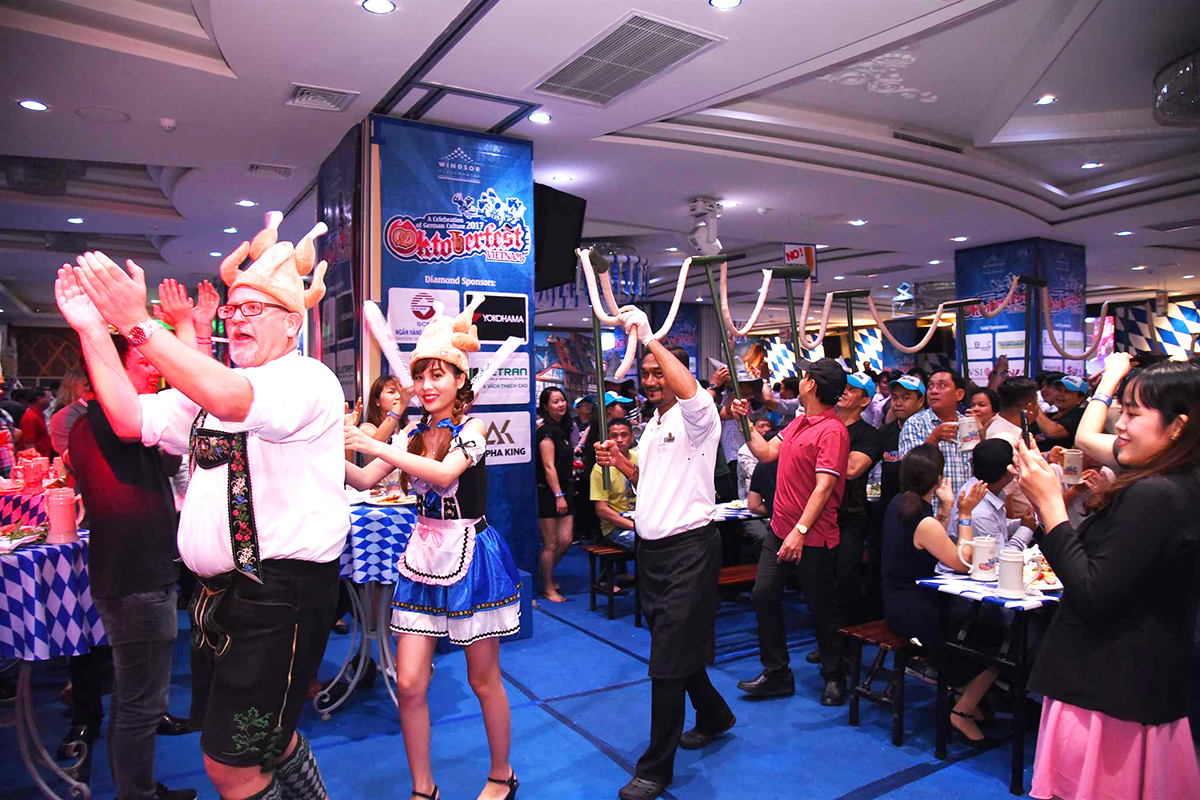 There are stunning prizes on offer, including the grand prize of a SCB MasterCard debit card valued at VND50,000,000; a Cyber Trek Treadmill; China Airlines business class Saigon to Taipei (Taiwan) round trip tickets and China Airlines economy class Saigon to Tai Chung (Taiwan) round trip tickets; and package tours to Korea for two people will be offered alongside many other exciting prizes in the nightly lucky draws.

Tickets are priced at VND1,300,000 net for the night of Wednesday and Thursday, and VND1,500,000 net for Friday and Saturday nights. Special Early Bird Discounts of up to 30% are available until 30 September.

Book your tickets online at www.oktoberfestvietnam.com or call the hotline at 0908 477 489