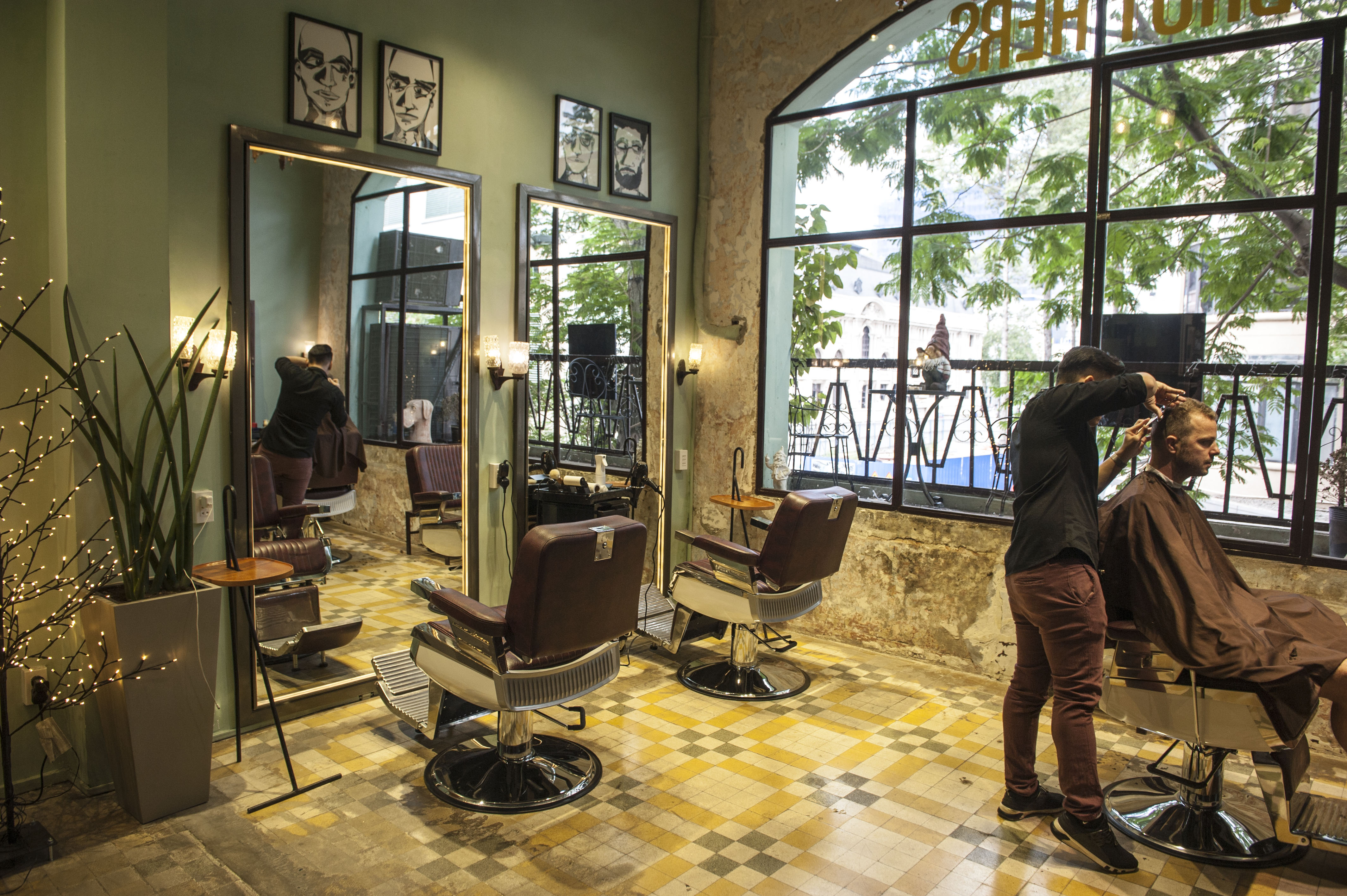 At Brothers, blokes can get their ears lowered, a wet shave, facial treatments, hair and face wash with a quick head and shoulder massage for a great price. Choof on a Cuban cigar or down a shot of single malt while you wait in one of Ho Chi Minh City’s most historic areas. Expect to pay around VND380,000 (US$16.60) for a trim or VND580,000 (US$25.40) for a signature cut with extras. A hot towel wet shave is VND380,000. For the extra money you pay here compared to our other featured barbers, you get a world-class experience that can’t be replicated anywhere else. The full barber treatment on historic Dong Khoi Street — it’s hard to surpass.

Brothers is at 157 Dong Khoi (2nd Floor), District 1, HCMC and is open daily from 10am to 8pm. For more info, go to facebook.com/brothersmensalon or brotherssaigon.vn 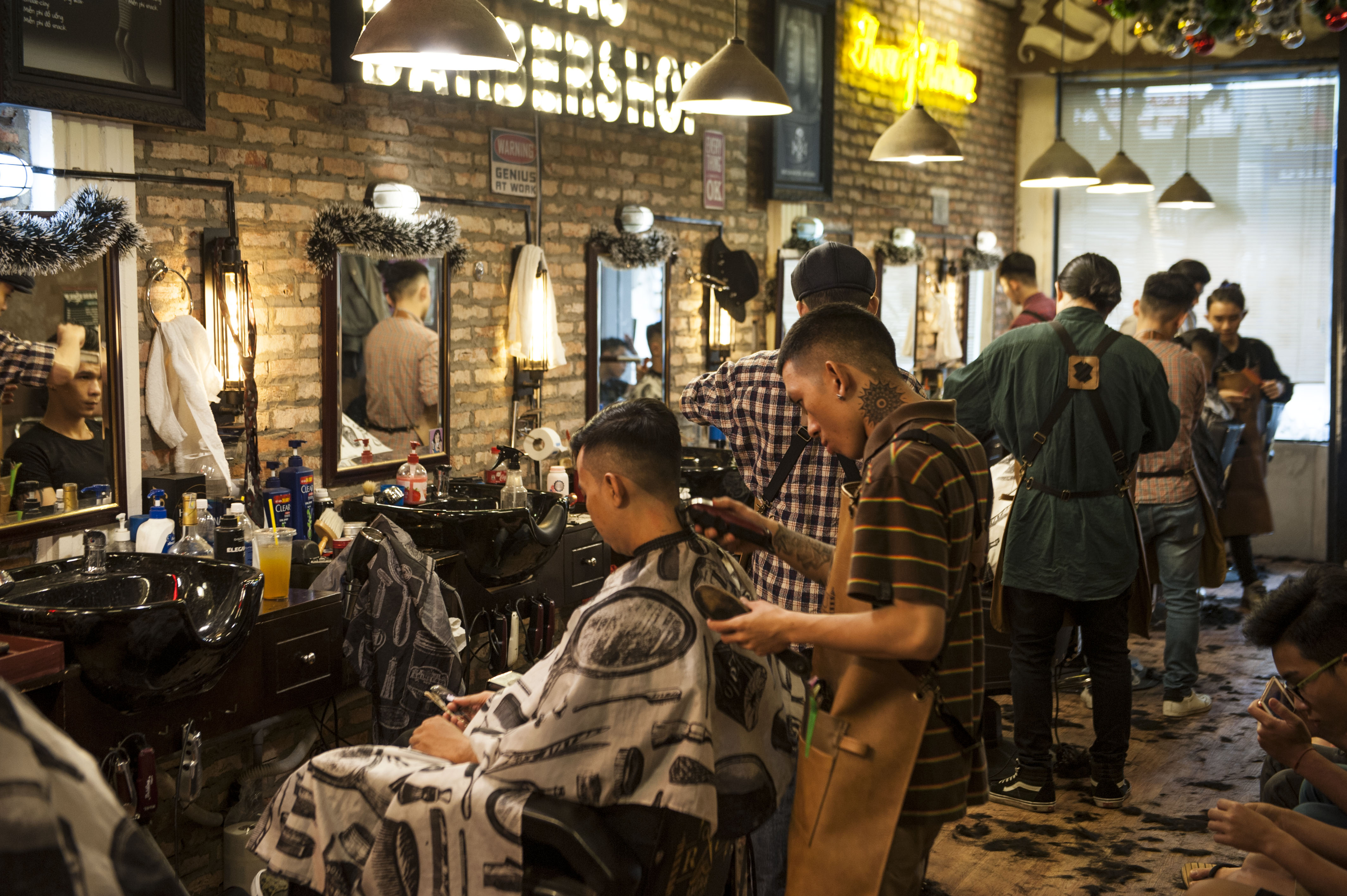 This barber shop is inspired by 1920s and 1930s American culture, just a short motorbike ride from Pham Ngu Lao Street — Ho Chi Minh City’s rowdy backpacker district. Rau means beard in Vietnamese and this shop means business. It’s extremely popular with the city’s young hipsters. Go in on a Sunday and expect to line up along the wall for a lengthy wait, such is 4RAU’s popularity. There are eight barbers on the scissors daily from 10am to 8pm churning out cuts and styles starting at just VND60,000 (US$2.60). You’ll find uber-friendly staff and barbers who take pride in every sculpture that walks out the door.

Every family has that one weird uncle. Well, this one is nothing like him. Uncle Barber Shop is named in honour of owner Marsu’s uncle, who happened to be one cool dude. “Uncle’s” is tucked away in a neighbourhood down a narrow alley in Ho Chi Minh City’s District 5, not all that far from the city’s famous Chinatown district, Cholon. There’s a small crew of three or four barbers on most days whipping up a range of different styles — specifically ‘hip-hop’ style — not just the Chicano-style of short back and sides with a quiff on the top that has been the rage for a while now. Expect to pay VND100,000 (US$4.40) for a cut, which includes a hair wash and styling. Get the whiskers done for an extra VND30,000.

Uncle Barber Shop is at 84/37 Nguyen Bieu, District 5, Ho Chi Minh City and is open from 10am to 8pm daily. For more info, go to facebook.com/theuncle2015 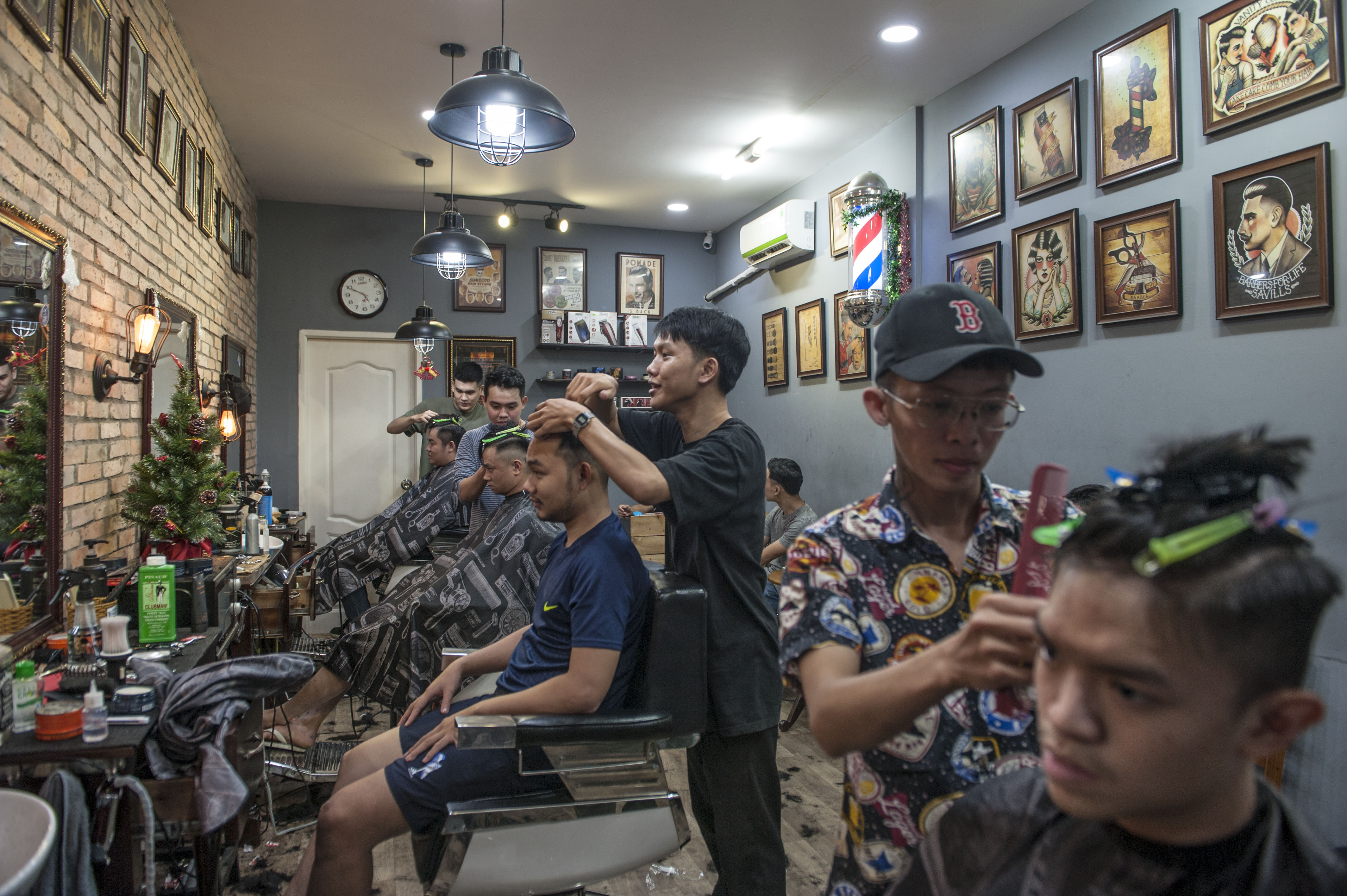 Saigon Clippers is a super-cool little establishment down a narrow alley off Le Hong Phong Street in District 10. Probably the trickiest to find of all the barbershops featured, it’s still one hell of a fun discovery. Four young barbers wield the scissors and clippers all day long from 10am to 8pm. Things are less hectic here, but they still manage to sharpen up 60 lads a day at just VND60,000 (US$2.60) a pop. 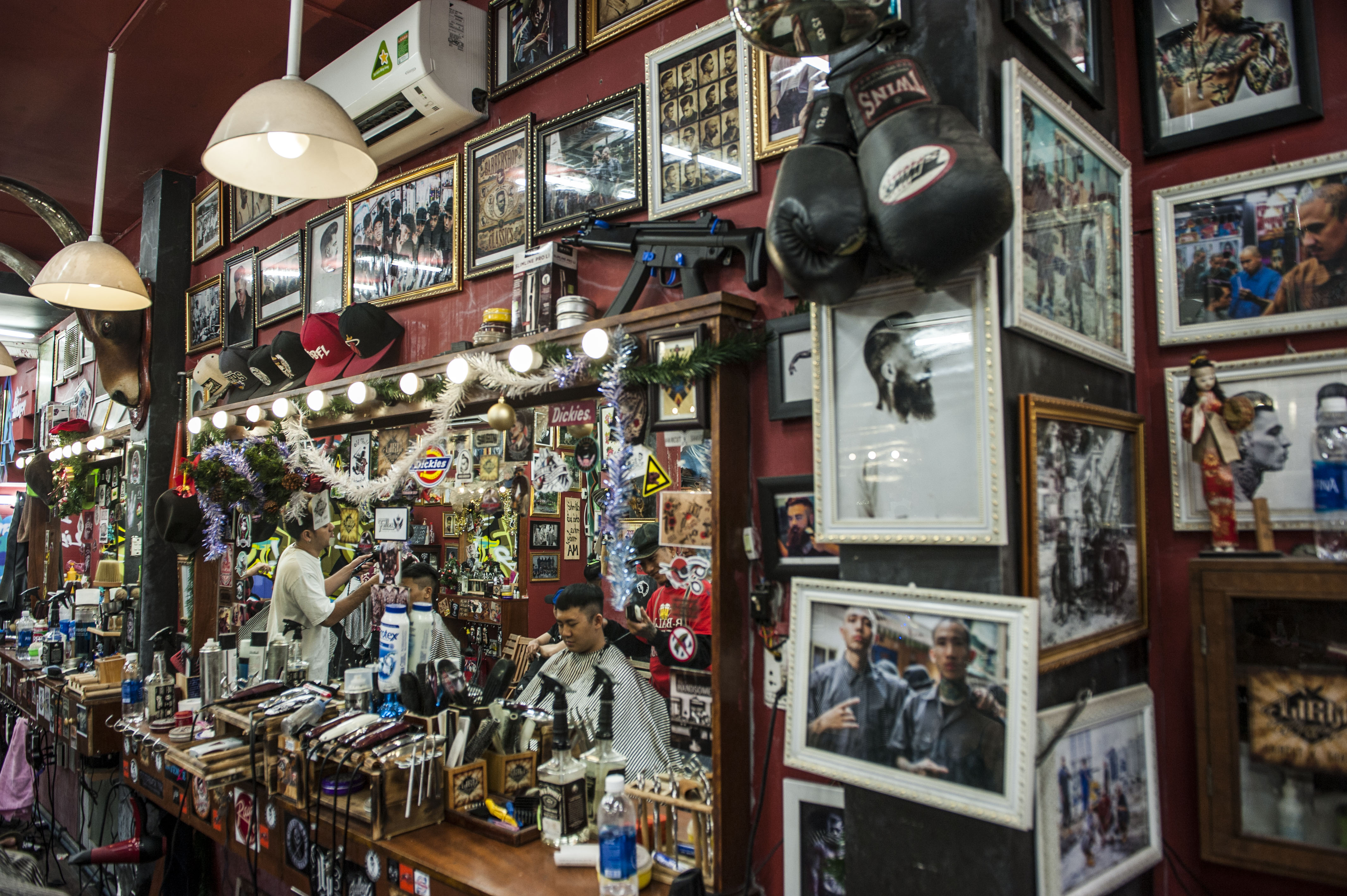 This place is an eye-opener. With no less than 10 inked up barbers fully clad right out of the Roaring Twenties, Liem Barber Shop is perhaps the place to hit in Ho Chi Minh City for that Chicano-style cut so popular in the alleyways of this city. Sundays the chairs are jammed and the shop is humming to the sound of clippers. There’s more hair on the floor here than there is wool clippings on the floor of a shearing shed. Bi, the owner, says his barber shop knocks out about 120 haircuts a day at VND60,000 (US$2.60) a go. Once you’ve found the place, expect to wait in line for a while. But there’s plenty of paraphernalia on the walls to keep you occupied as you do. If only to see the place, Liem’s is well worth the effort.