Cool off with an escape to Nha Trang

It’s uncertain how many resort reviews are written by poolside bars, but this adds another to the tally. It’s mid-June at Amiana Resort and Villas in Nha Trang, and while messages from Ho Chi Minh City bring news of heavy rain flooding the streets there, the only water here is the gentle swell lapping up against the shore just metres away from the bar. 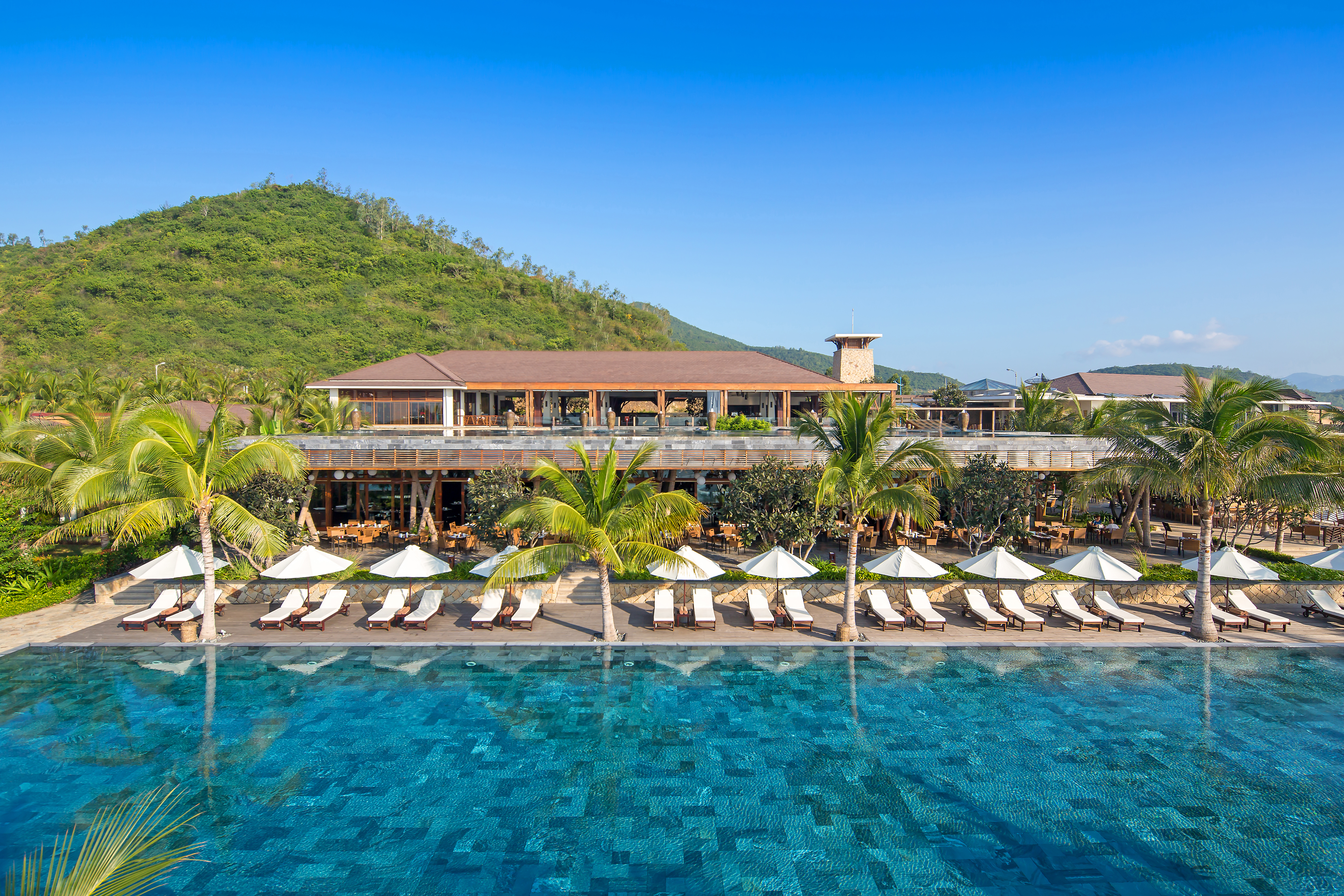 Across the bay are the lights of the city centre of Nha Trang, eight kilometres away. From a rooftop, the strobe light atop the Skylight beach club along Nha Trang’s beachfront strip probes the balmy, early evening sky. Occasionally it flashes in this direction. While a night of partying and excess is off the cards, it’s nice to know the option is there if the mood changes. But really, there is no need to leave this spot.

Amiana Resort and Villas is a five-star luxury property situated at the far northern end of the quite stunning Nha Trang Bay, 45km from Cam Ranh International Airport. Directly offshore is Turtle Island, where much of Nha Trang’s diving and snorkelling happens. Amiana’s courtesy van delivers you at the resort lobby in under an hour from the airport.

First impressions last, and the Amiana’s elevated lobby makes a good one. Spacious and breezy with a high-pitched roof and wooden ceiling fans, its design draws you straight to the water feature on the ocean side of the building, which turns out to be the roof of the resort’s only restaurant, the Bacaro Restaurant.

If you stand in the right position, the water feature seemingly stretches to infinity out across the bay and towards the many islands not far offshore. The feature achieves two important things on arrival at the resort. One, it provides an immediate sense of what guests are in for during their stay — sun, water and luxury. Two, it demonstrates how the Amiana does its best to harmonise with its natural surroundings. The tropical gardens come almost up to the sea and conceal buildings behind frangipani trees and coconut palms, while in the resort grounds there are some magnificent rock formations created by lava flows from a very long time ago. 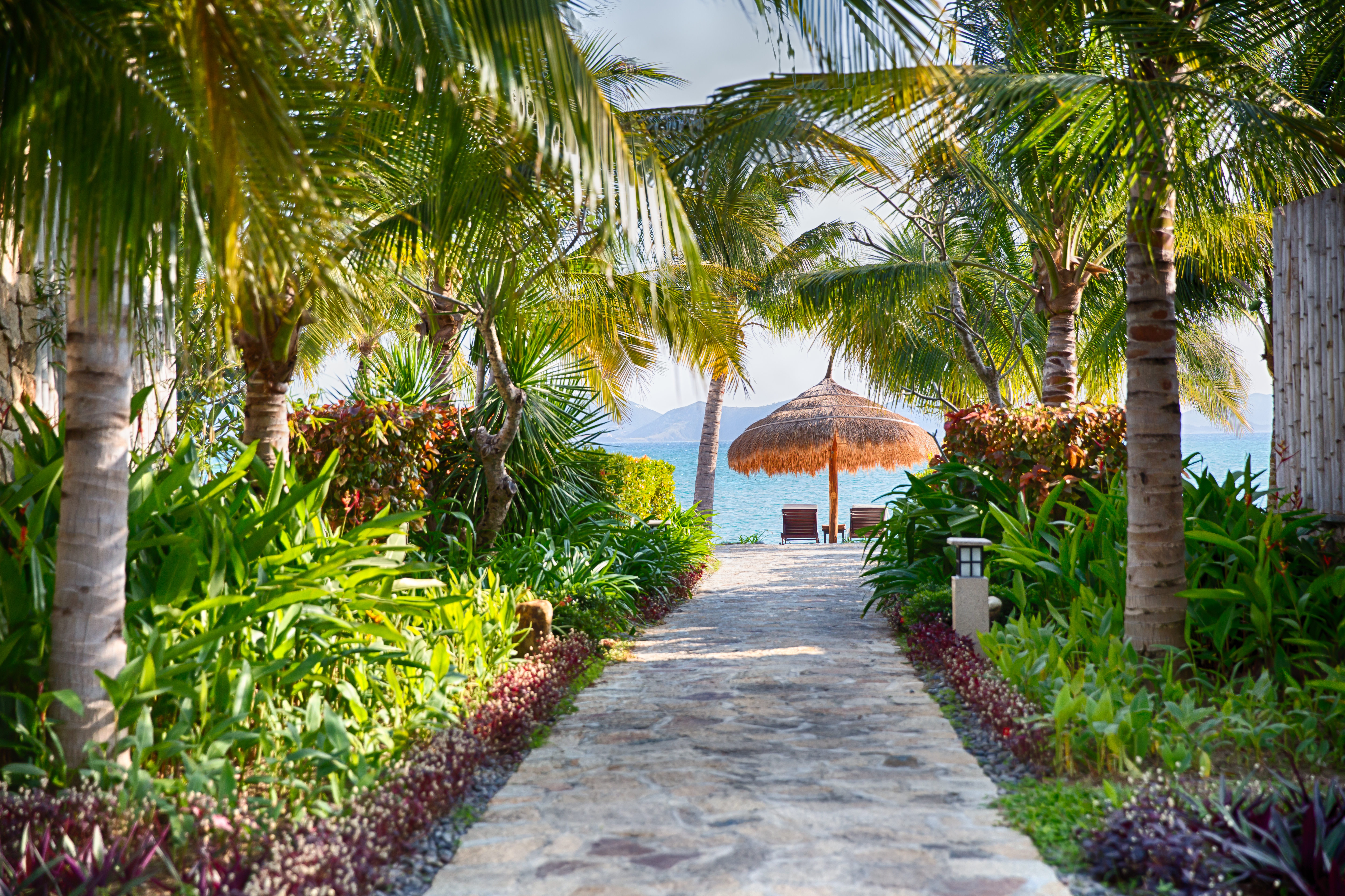 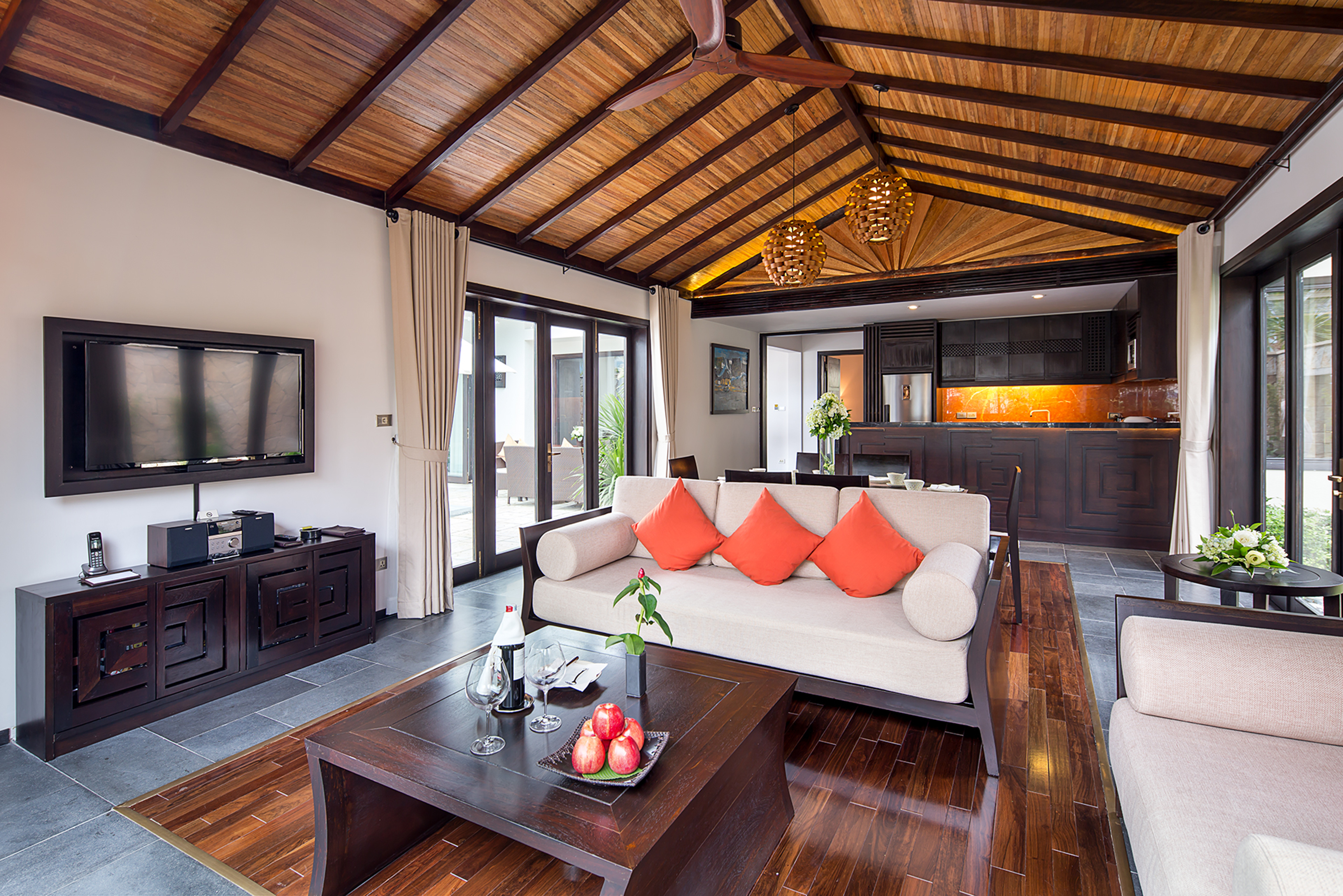 A highlight of this resort is that it achieves luxury through simplicity. The deluxe villas at the lower end of the price range (starting around VND5,000/US$220 per night) are designed so that guests can move freely from the bedroom to the outdoor bath and shower unimpeded through two sets of sliding doors. With the high-pitched bamboo thatched ceilings, it allows the villas to feel far more spacious than their 80 square metres. 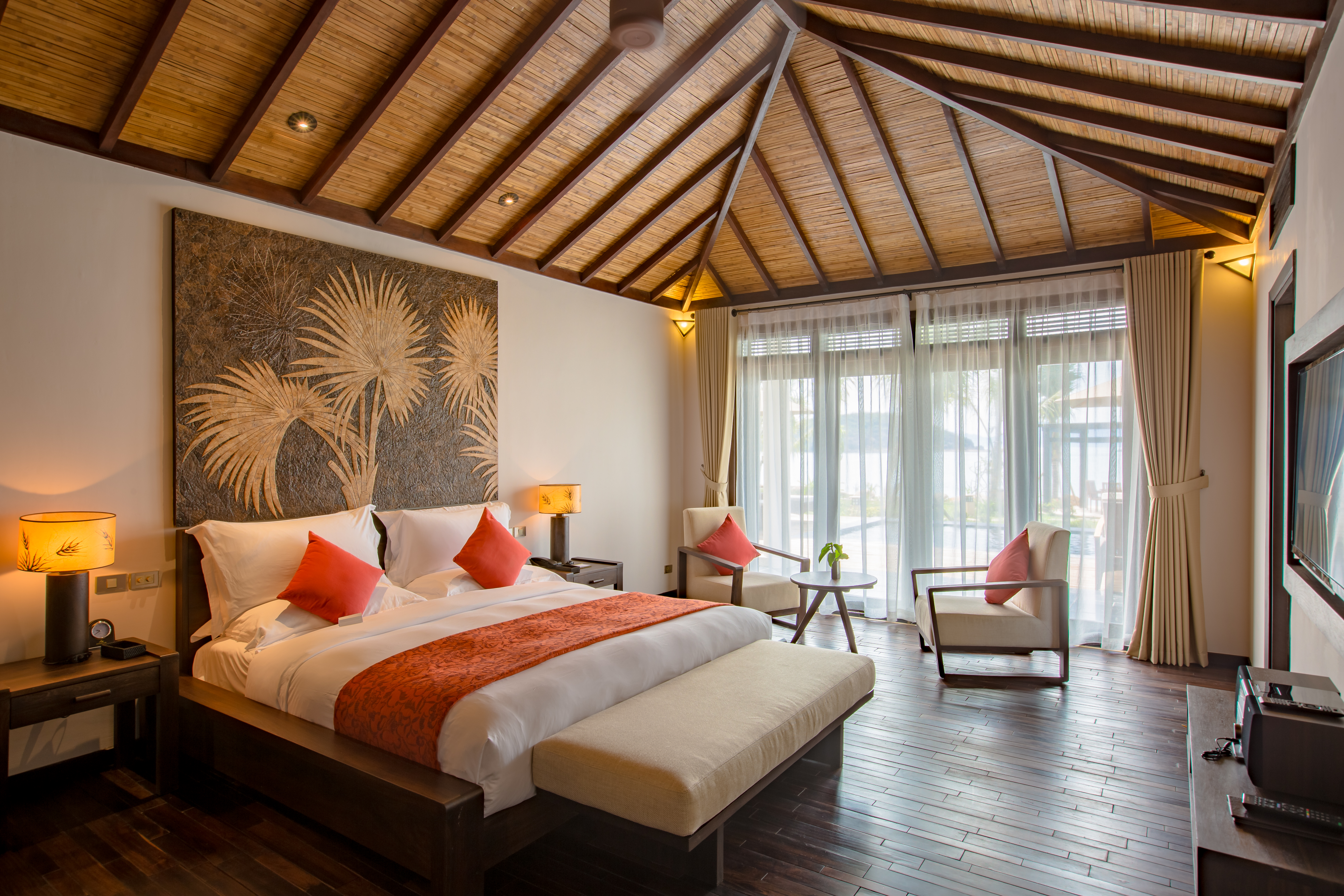 The simplicity is also noticeable in the decor. The rooms and villas have stone or timber flooring – some both – with solid dark timber doors, rafters, ceiling fans and furniture — you could be mistaken for thinking you are in Bali.

A simple but thoughtful touch is the concealment of the air-conditioning vents behind timber panelling. The rest of the furnishings are kept to a minimum, particularly in the ensuite and outdoor bath and shower area, where you can literally get back to nature and take a bath (sculpted out of stone) under the stars. 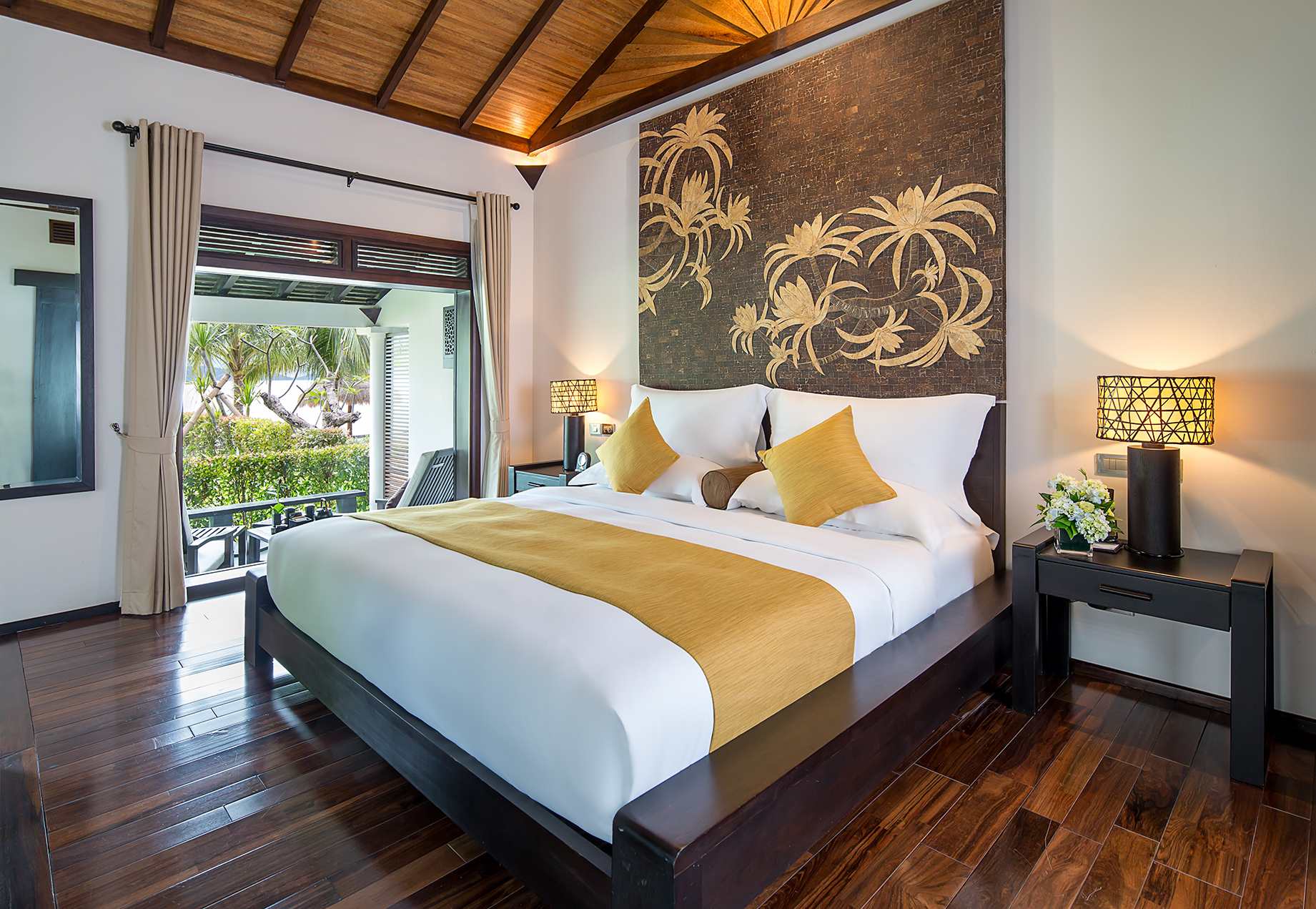 Beyond the rooms and villas, the simplicity extends throughout the resort, but in no way takes anything away from the five-star experience. It’s very difficult to get lost here as the Amiana’s design has been well-thought out, paths are clearly marked, and nothing is more than a short walk or buggy ride away. 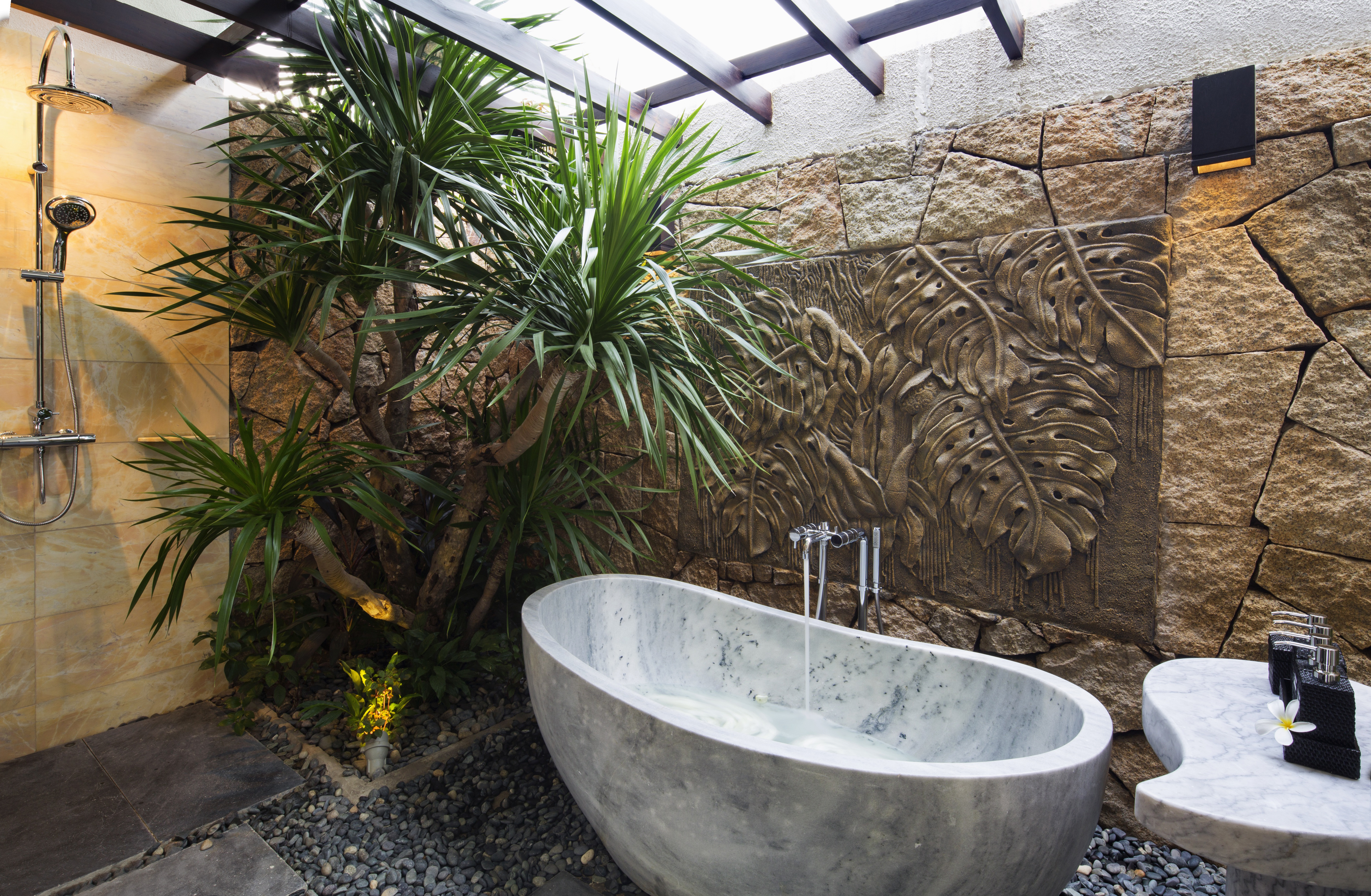 As for amenities, the Amiana has three swimming pools, one is replenished regularly with seawater. Another one sits outside the spacious Bacaro Restaurant and is the perfect place to eat breakfast at what is perhaps one of the best buffet breakfasts in Vietnam.

The resort also has its own private beach where the water is crystal clear and fish swim around your legs. The Amiana is also one of the only resorts in Nha Trang to have its own mud baths at its spa. 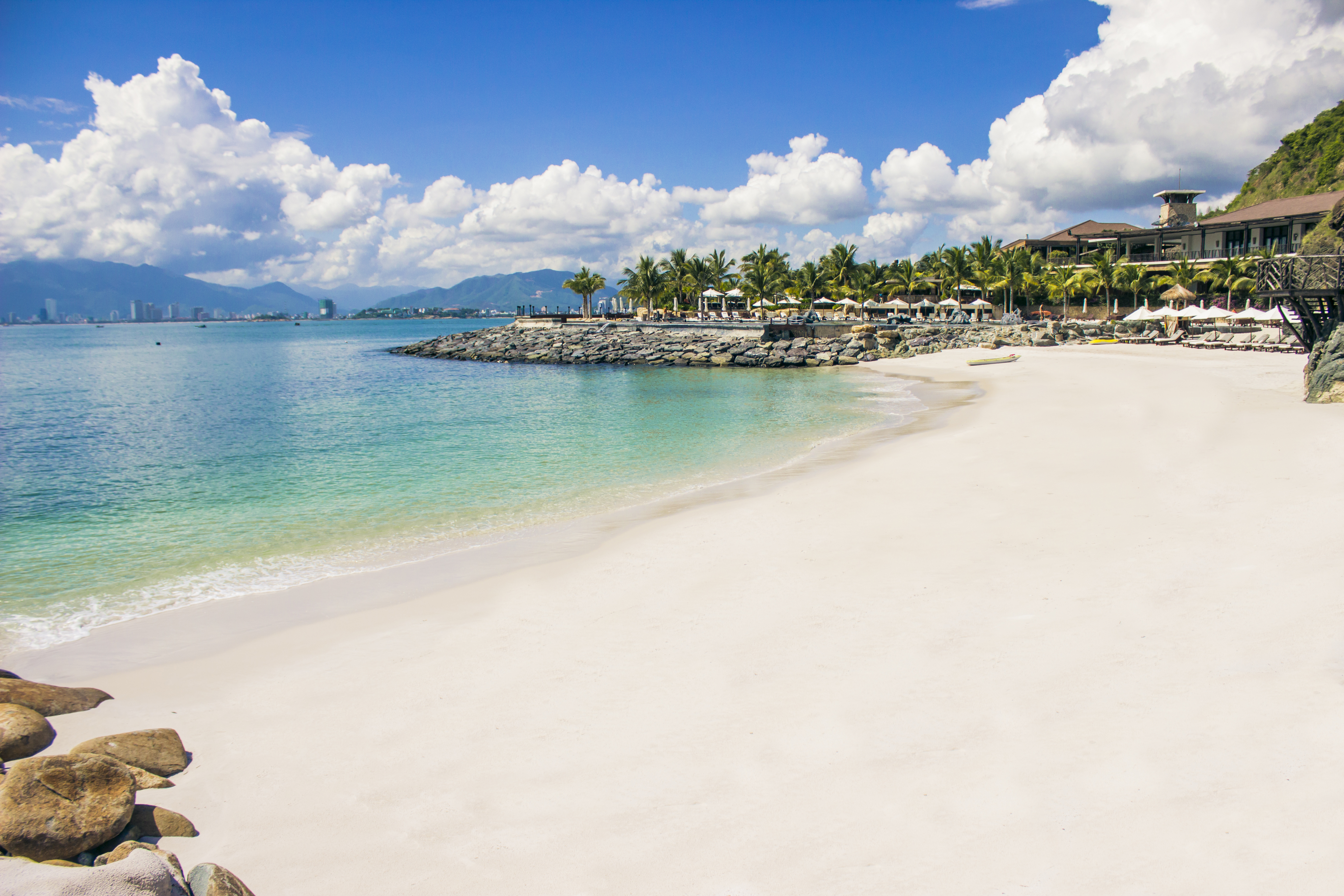 Everything aside, the success of this resort is that when it’s fully-booked, it doesn’t feel like anyone is here. I’ll drink to that.