Buy your own piece of paradise

The unlikely connection between an American reality TV show, Germany and Vietnam

When dreamy-eyed 32-year-old real estate agent Daniel Volz handed over his last rose to the lucky young doe-eyed fraulein in the recent season finale of Der Bachelor — the German spinoff of US reality TV hit The Bachelor — a special piece of Vietnam was at the same time being showcased to millions of pairs of eyeballs in good old Deutschland. Not that many of us knew. If you’re like me, you wouldn’t have caught too many episodes of Der Bachelor lately.

Amid fierce competition globally (there really was) in the world title fight for selection as the filming location for the grand finale of the ridiculously popular matchmaking show — and still running for an equally ridiculous more than 20 seasons — The Anam Resort at Cam Ranh Bay, a 45-minute drive south of the uber popular beachside holiday town of Nha Trang on Vietnam’s southern coast, took the chocolates as the destination of choice by the producers of the show. Cop that the rest of the world. 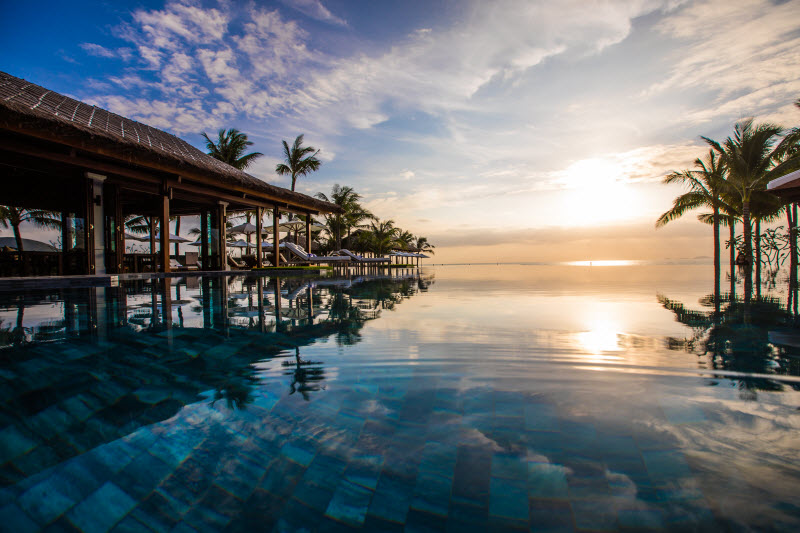 Not one to miss an opportunity to market his property with trademark panache when it comes to such things, The Anam general manager Herbert Laubichler-Pichler remarks: “It was such a coup to film the grand finale at The Anam in up-and-coming Cam Ranh, to showcase our beach, our colonial-era design referencing age-old Vietnamese aesthetics and much more.”

Indeed. But what Herbert doesn’t mention are the cocktails by the pool each evening under the stars. Fantastic stuff.

And this from the resort’s founder, owner and chairman, Pham Van Hien: “Filming the finale over 10 nights was such an out-of-this-world experience that we wanted to recreate that romance and magic for the romantic at heart. Yet, the most marked difference is that couples experience ‘the love nest’ in private, away from the cameras and crew.”

And presumably without a bevy of amorous beauties waiting in the wings to seize their opportunity as well. Damn! I hear some of you muttering under your breath. 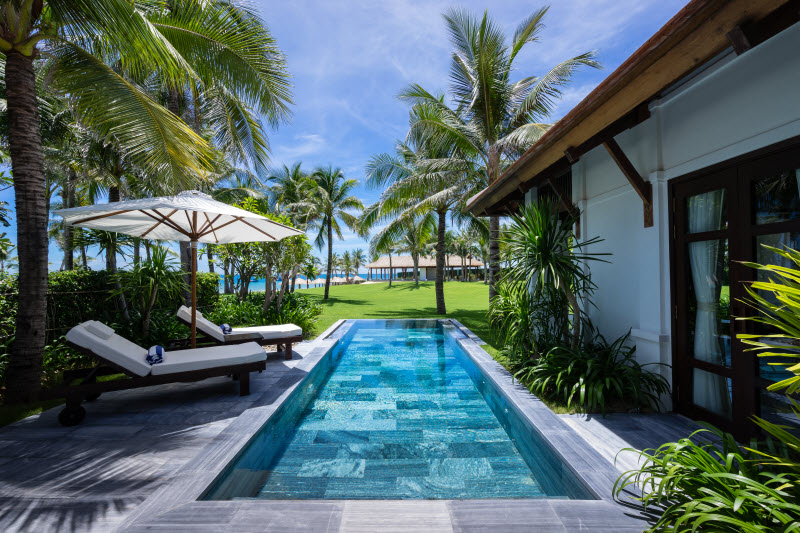 In paying homage to the TV hit and inspired by the dreamy backdrop of the finale, The Anam has launched a ‘Following The Bachelor’s Trail’ package. The highlights of the 10-night experience include limousine transfers, a couple’s massage, champagne, a bouquet of roses delivered to your villa, and a Vespa tour through the countryside that concludes with a gourmet picnic and wine by a waterfall. [Insert upbeat contemporary adult romantic French music here]

But that’s not all.

On the same beach caught on camera in Der Bachelor (I really need to get a copy), couples can indulge over a delectable seafood BBQ dinner under those stars. Then, like the show, couples at some point separate with one half heading to The Anam’s Sri Mara Spa for a three-hour massage, manicure and pedicure, while the other half hits the kitchen.

But fear not. Under the tutelage of the pros, they get to decorate the resort’s only table for two on the lawn by the beach, with a private waiter serving up the five-course seafood feast. In my reality show, this would be the bit where I’d have the crew filming me stuffing my face. 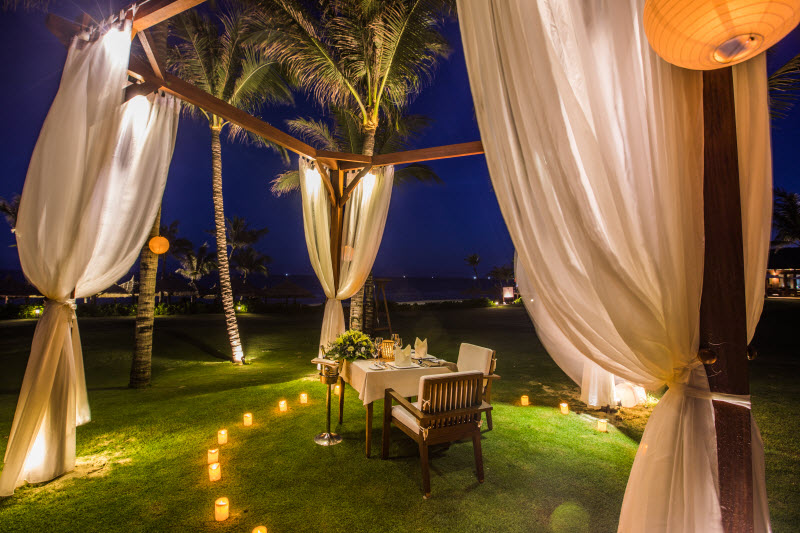 The package also features a private movie screening of La La Land, Forever Love, and Pretty Woman at the resort’s cinema. Worn them out? Well, there’s always reruns of the grand finale of Der Bachelor.

The evening (or afternoon) at the movies is complemented with champagne, popcorn and ice-cream, with access to The Anam’s Colonial Club Lounge where high tea is served. Quite.

So how much will the ‘Following The Bachelor’s Trail’ set you back with daily breakfast for two. For a Pool View Villa, you’ll shell out US$3,695, while an Ocean View Private Pool Villa is US$5,695.

Oh, and real bachelors, you’ll need to bring someone along because it’s for two. Mum might be an option, eh?