Calling all bachelors. Well, sort of.

It’s often said in Vietnam, if it weren’t for the women, the place would grind to a halt and things would cease to function. There’s a lot of truth in that. While at a glance, women in Vietnam may seem to play a superficial role in daily life, if you look just a little harder, it doesn’t take long to realise how they, in fact, undergird society.

In this short photo essay, The Bureau has selected a number of photos we’ve taken of women from Vietnam and the Philippines so far on our travels. 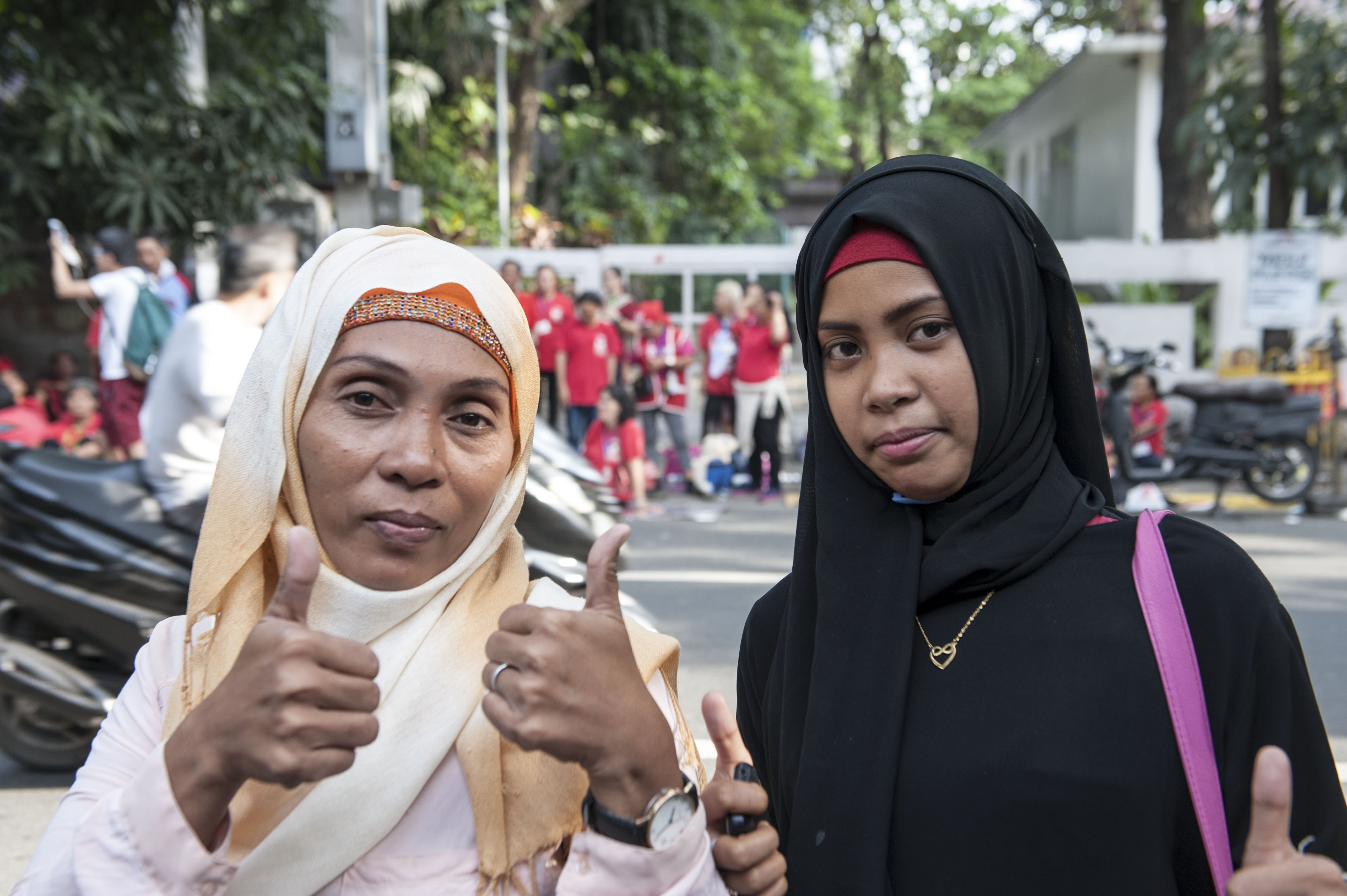 In the narrow streets and alleyways of Vietnam’s largest city — Ho Chi Minh City — micro-economies can be seen at work. The communities are supported by vendors, most often women, selling street food, meat, fish, fruit and vegetables, cosmetics and medicines.

Small sari sari stores like those found in the Philippines that sell just about everything in small quantities to help make them affordable for low-income earners, are owned and operated by women, opening from early in the morning and trading until late into the evening.

They are the 7-Elevens and Circle Ks of these communities and have been in business here for much longer than the foreign newcomers. How long for is anyone’s guess as they are being challenged by these big international players gaining mass-appeal among Vietnam’s Generation Z who are infatuated with all things modern. Right now though, their role still remains paramount to the health of communities in the alleyways.

Hair and nail salons like the ones in the photos below are set up on the ground floor of private residences, often in living rooms, and become a hive of activity and gossip at weekends, especially on Sundays, when working mothers are able to find some free time in their busy schedules to pamper themselves for a change. 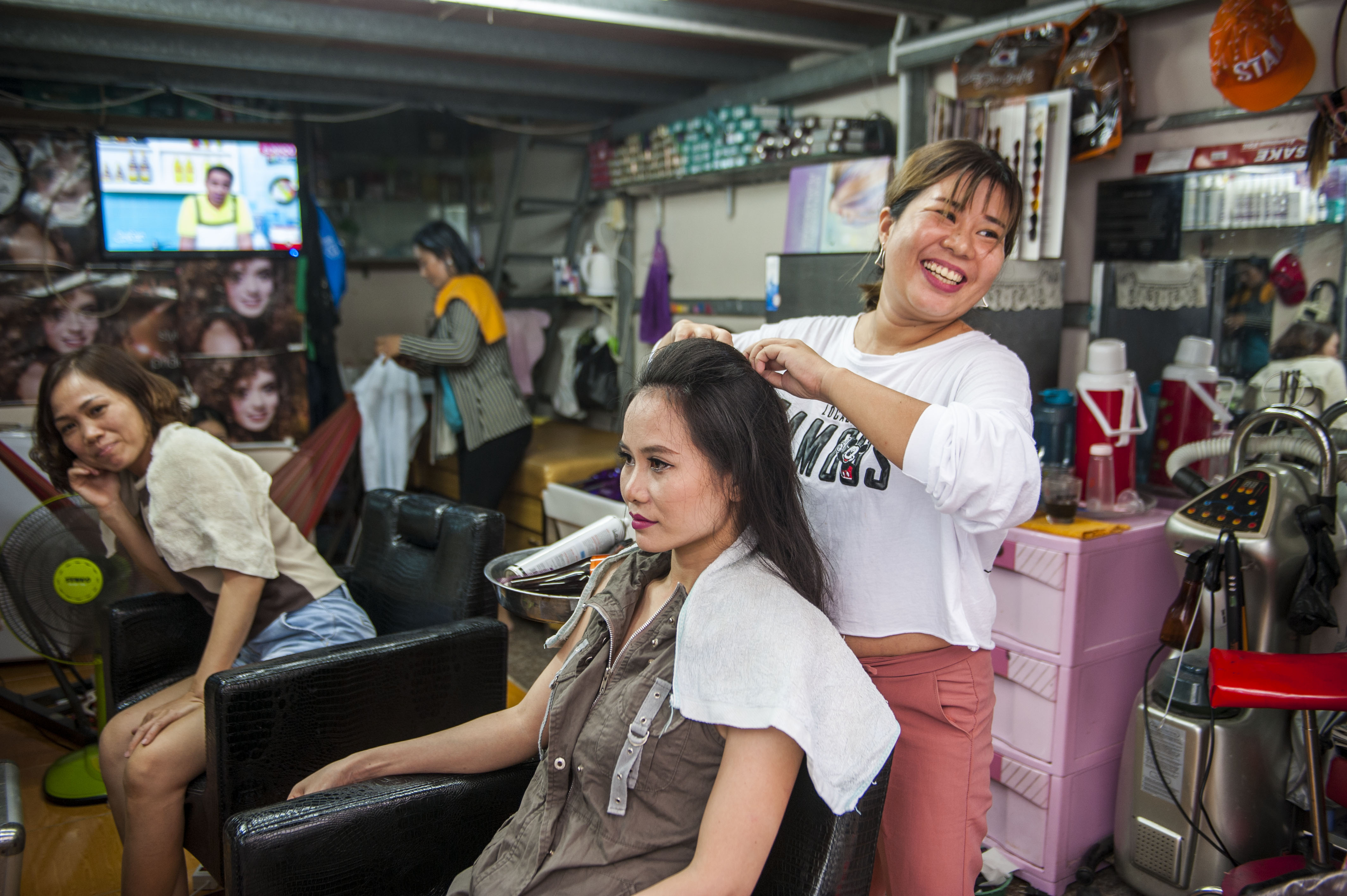 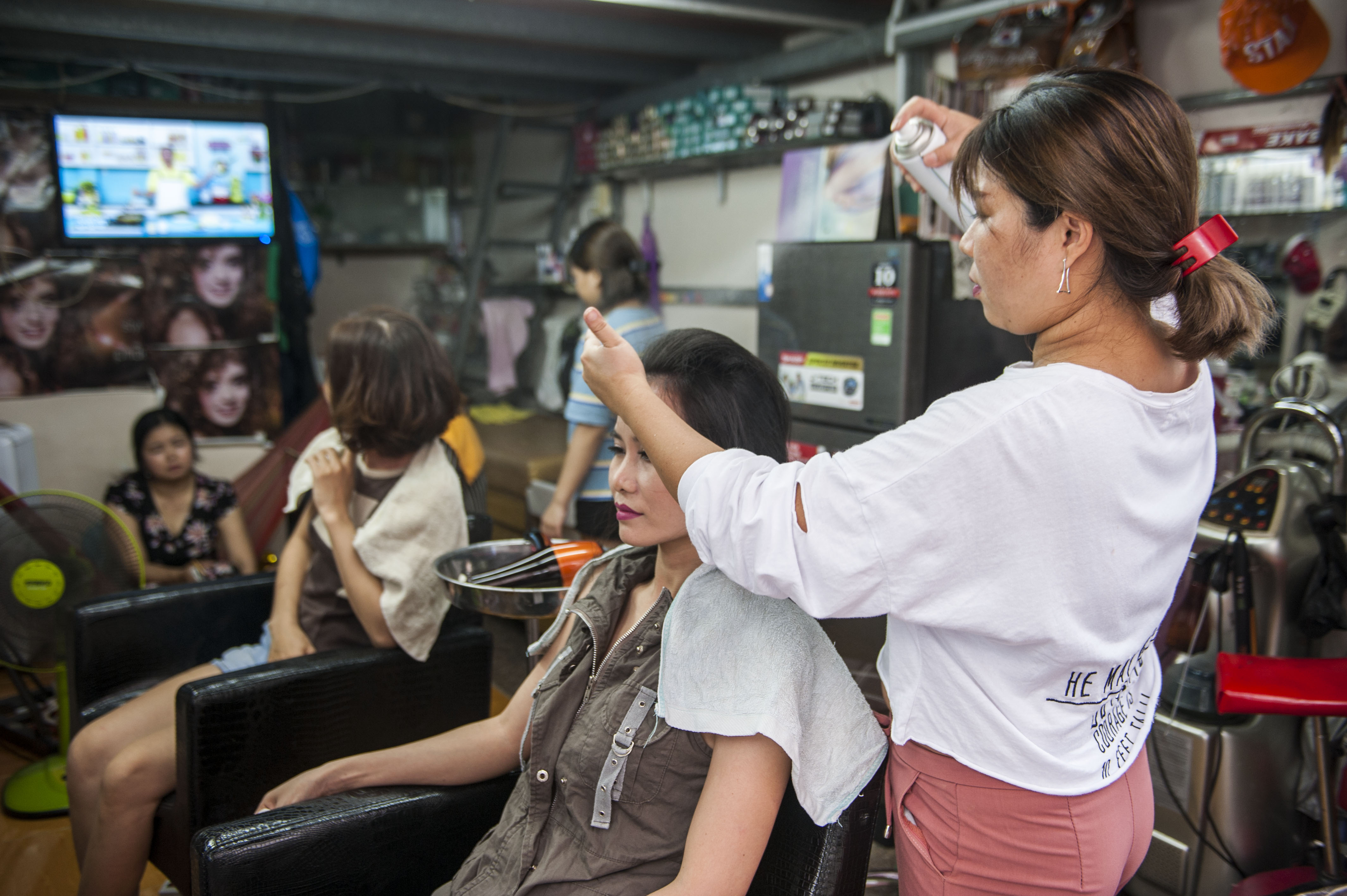 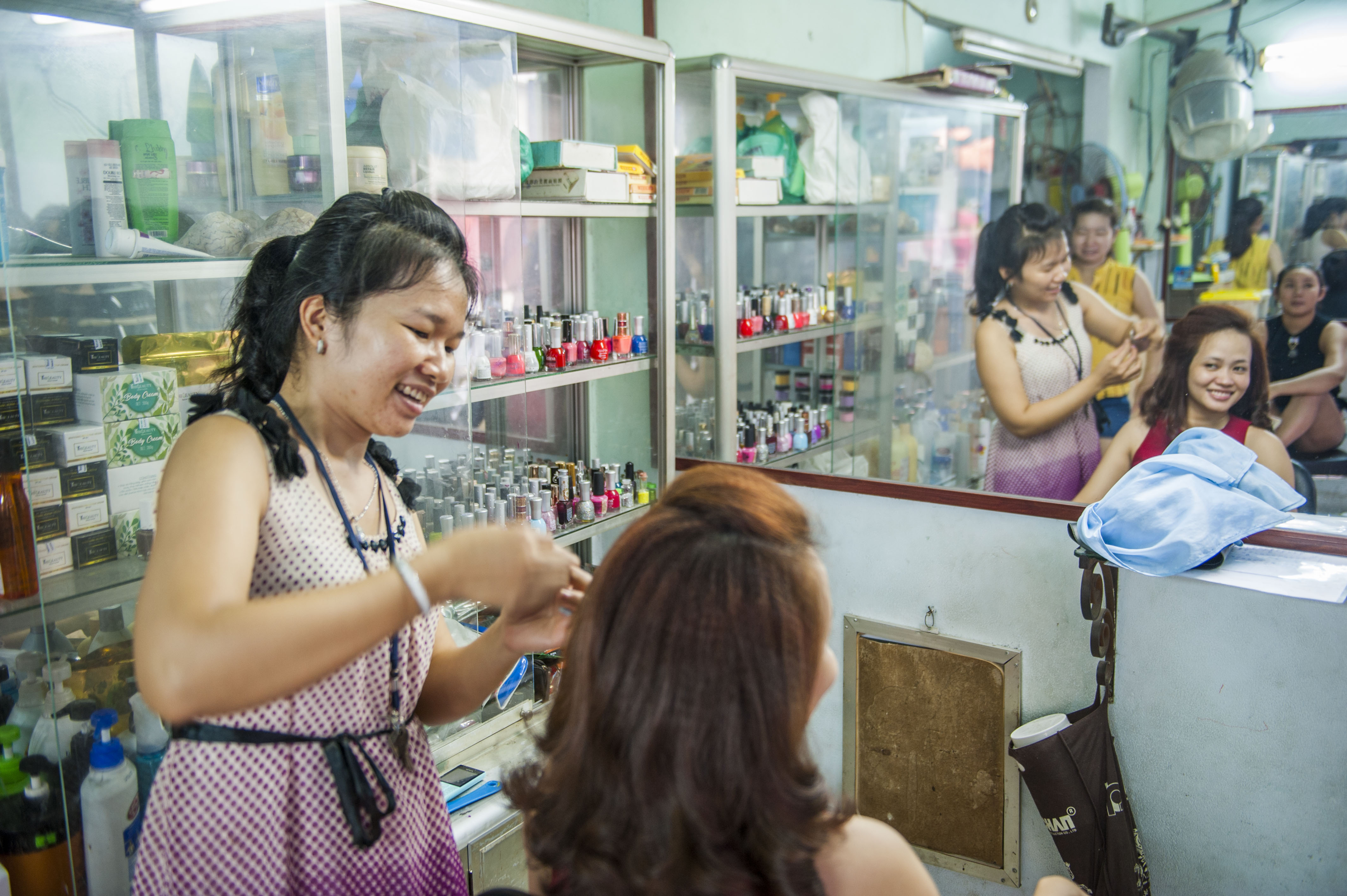 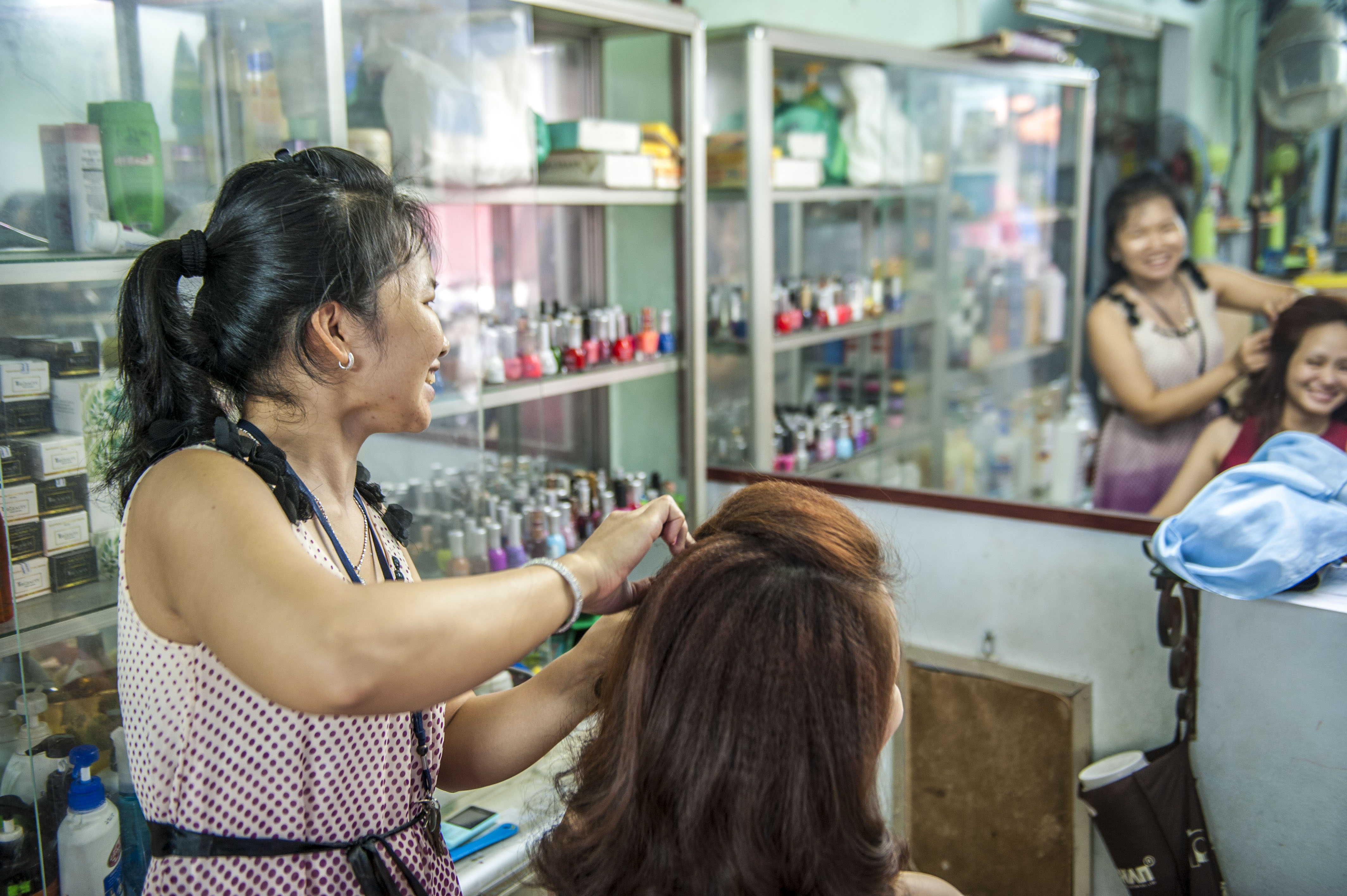 In rural areas, such as the southern province of Ben Tre in the Mekong Delta, approximately 90km from Ho Chi Minh City, women own and operate small roadside fruit and vegetable stores dotted throughout the rice fields and coconut plantations that make the province an integral element for the nation’s prosperity.

As can be seen in the photo below, a fruit and vegetable store owner still manages to look stunning despite the years of backbreaking work she has undertaken over the decades. Prior to this photo being taken, she was stacking bunches of bananas and readying her small store for the day’s trade. She took little coaxing to have her photo taken (urged on by bystanders) and stopped what she was doing to pose for what has turned out to be one of our favourite portraits. 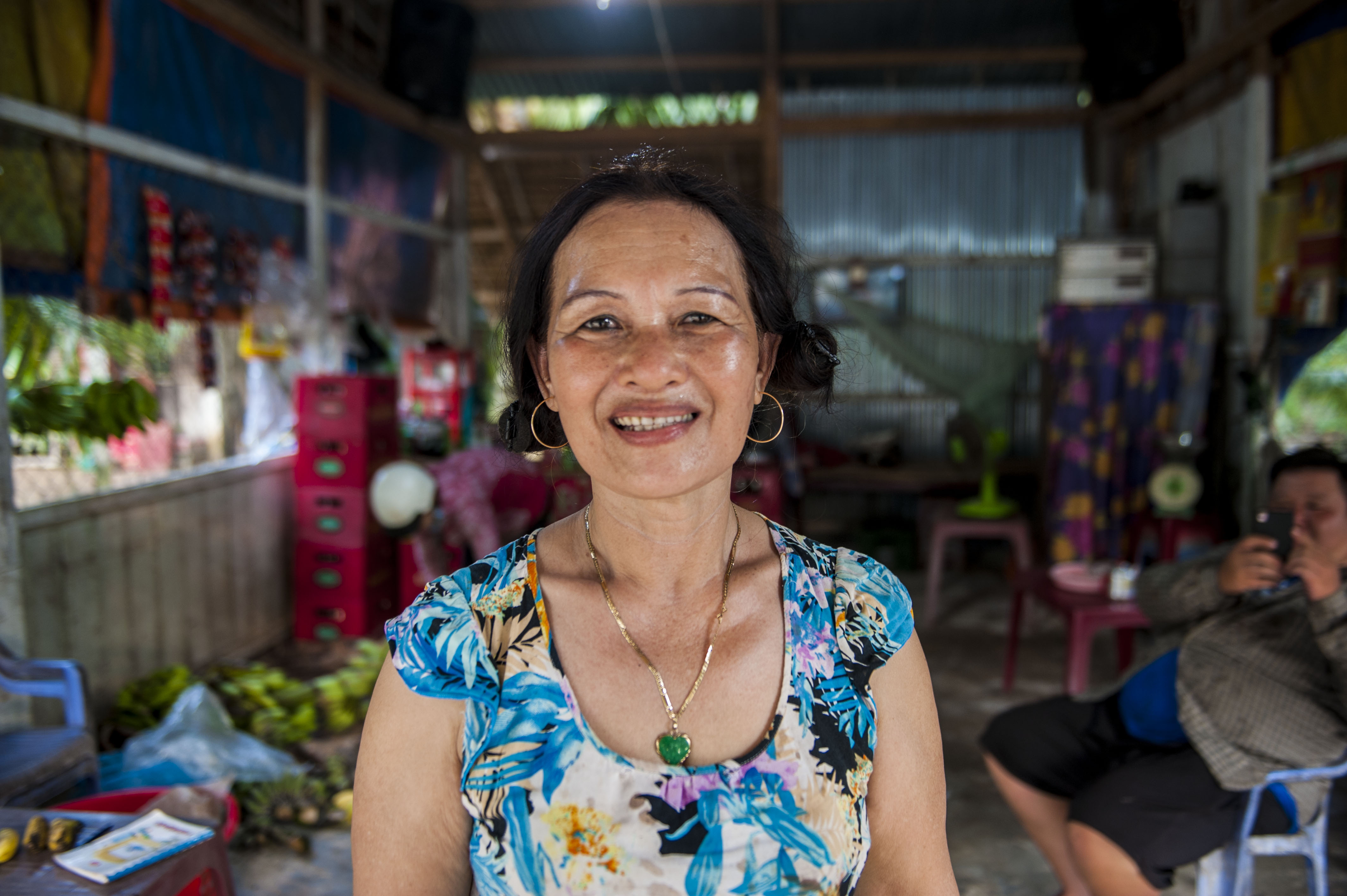 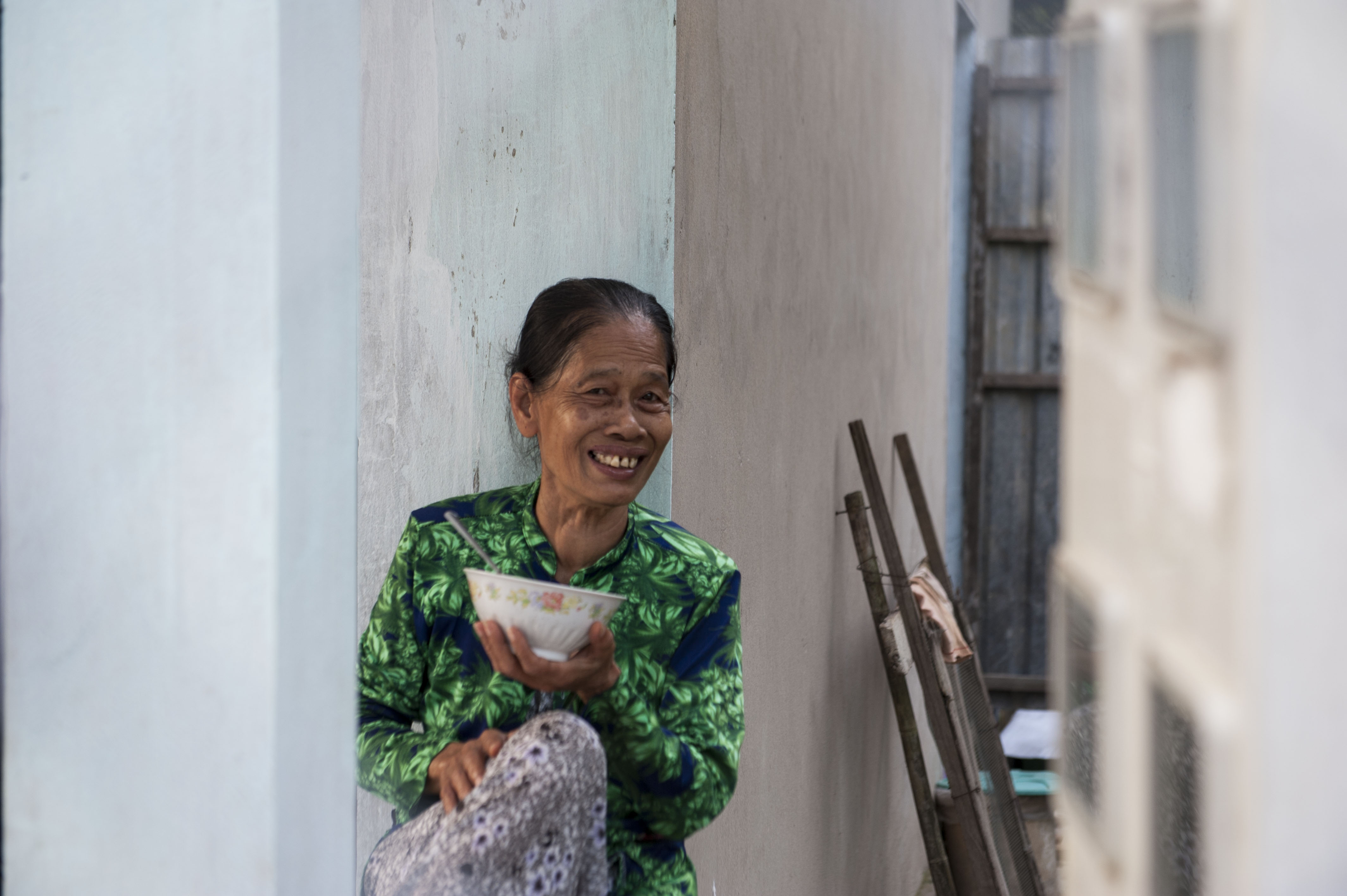 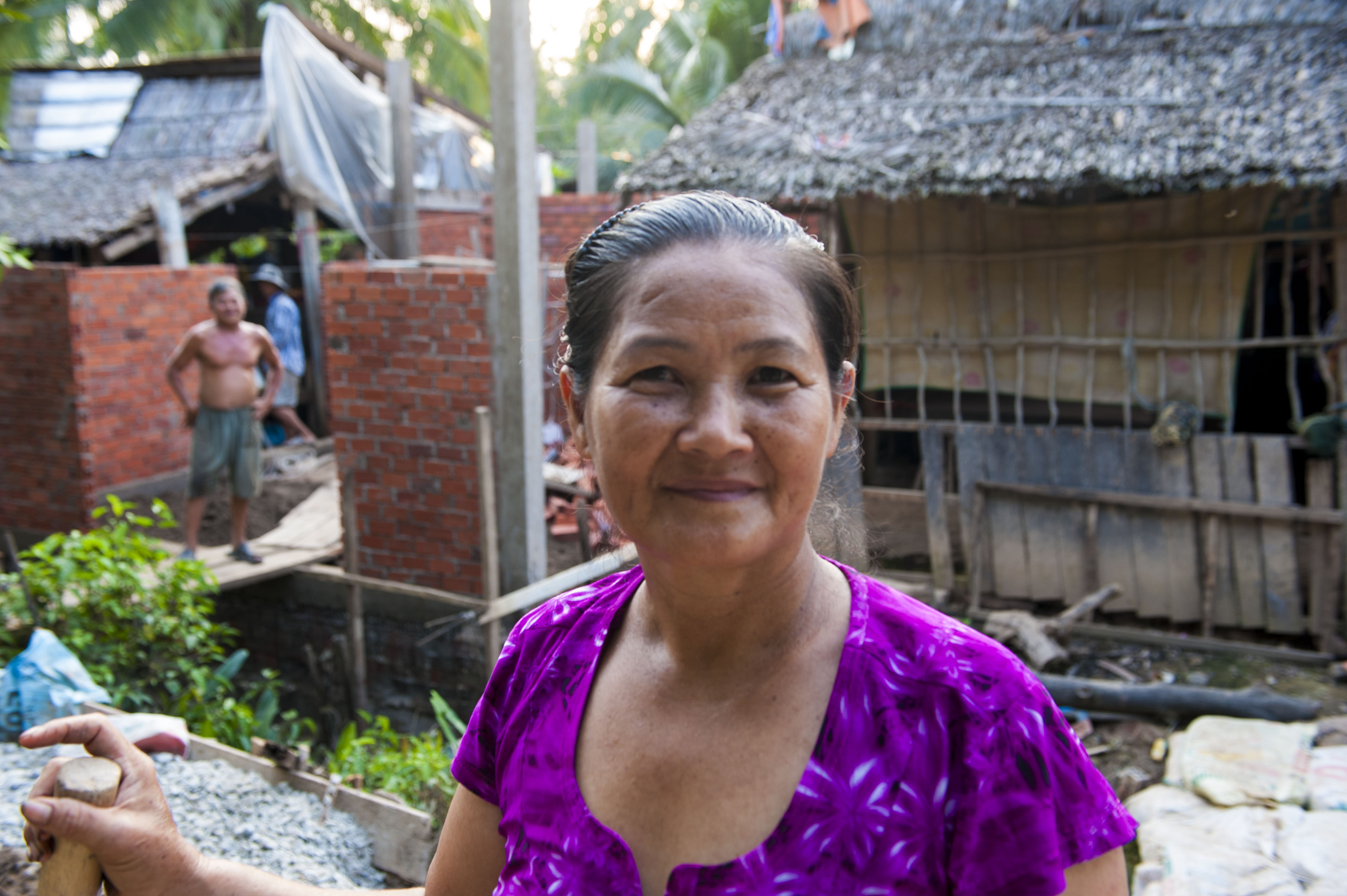 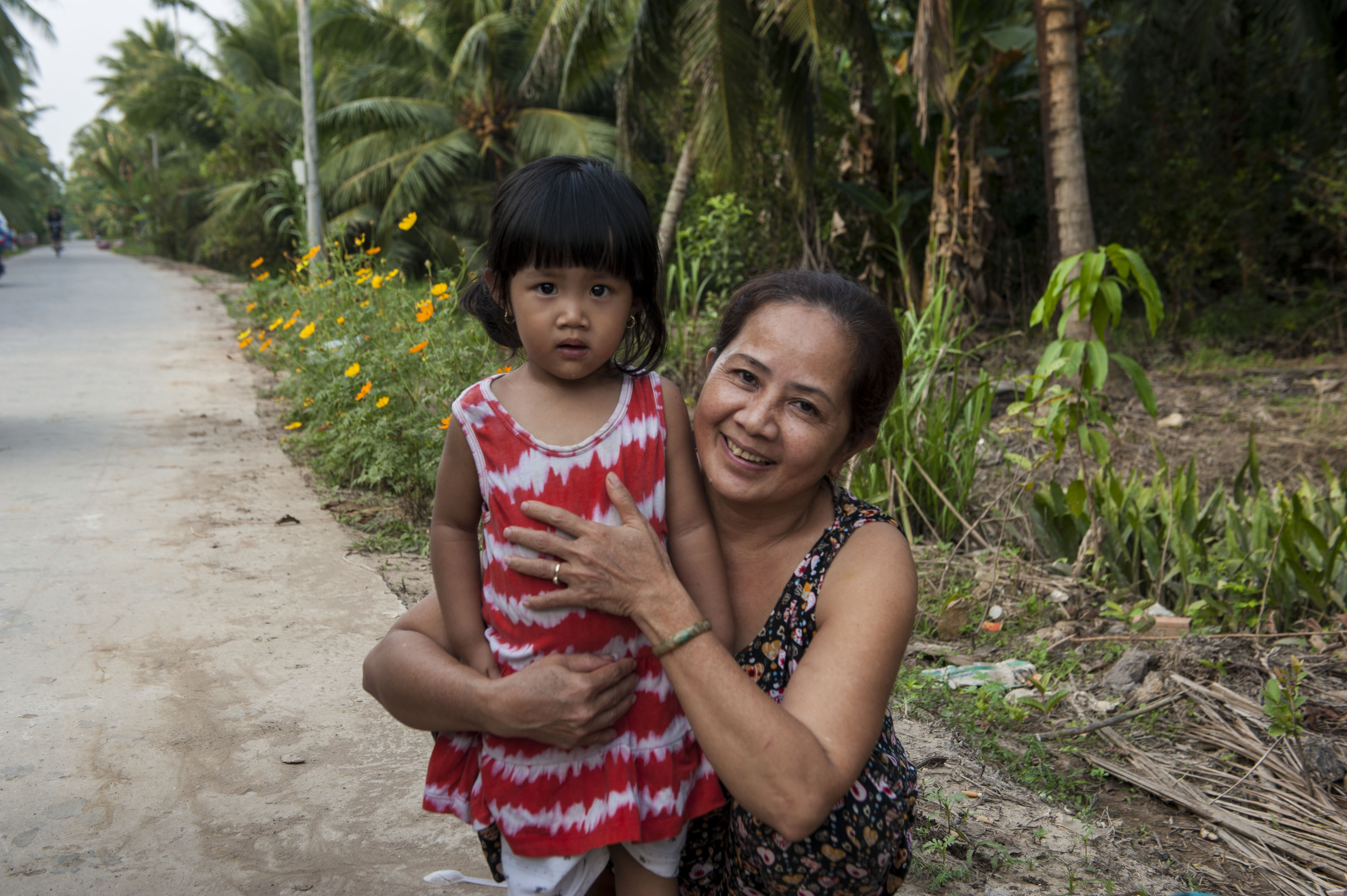 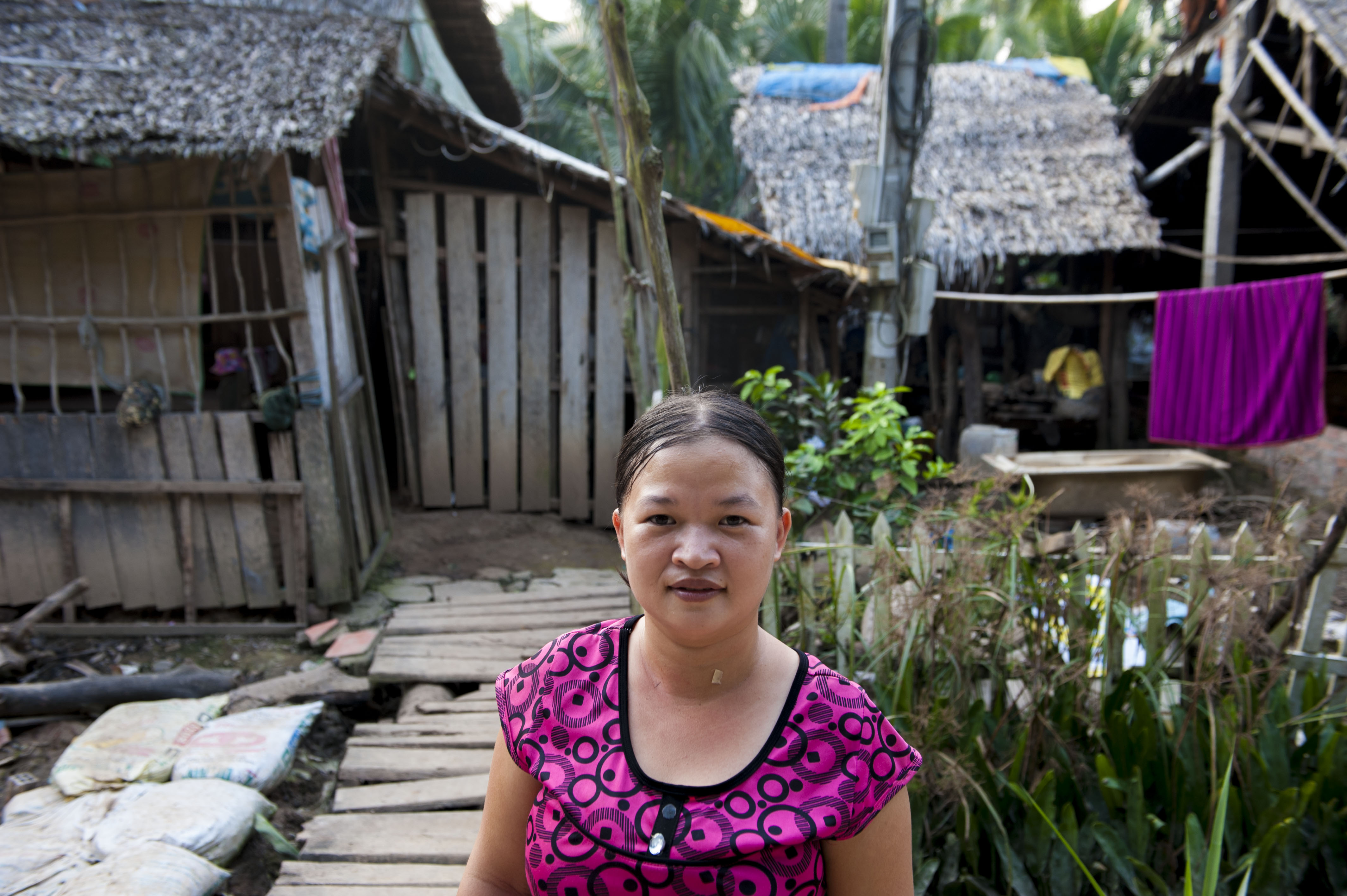 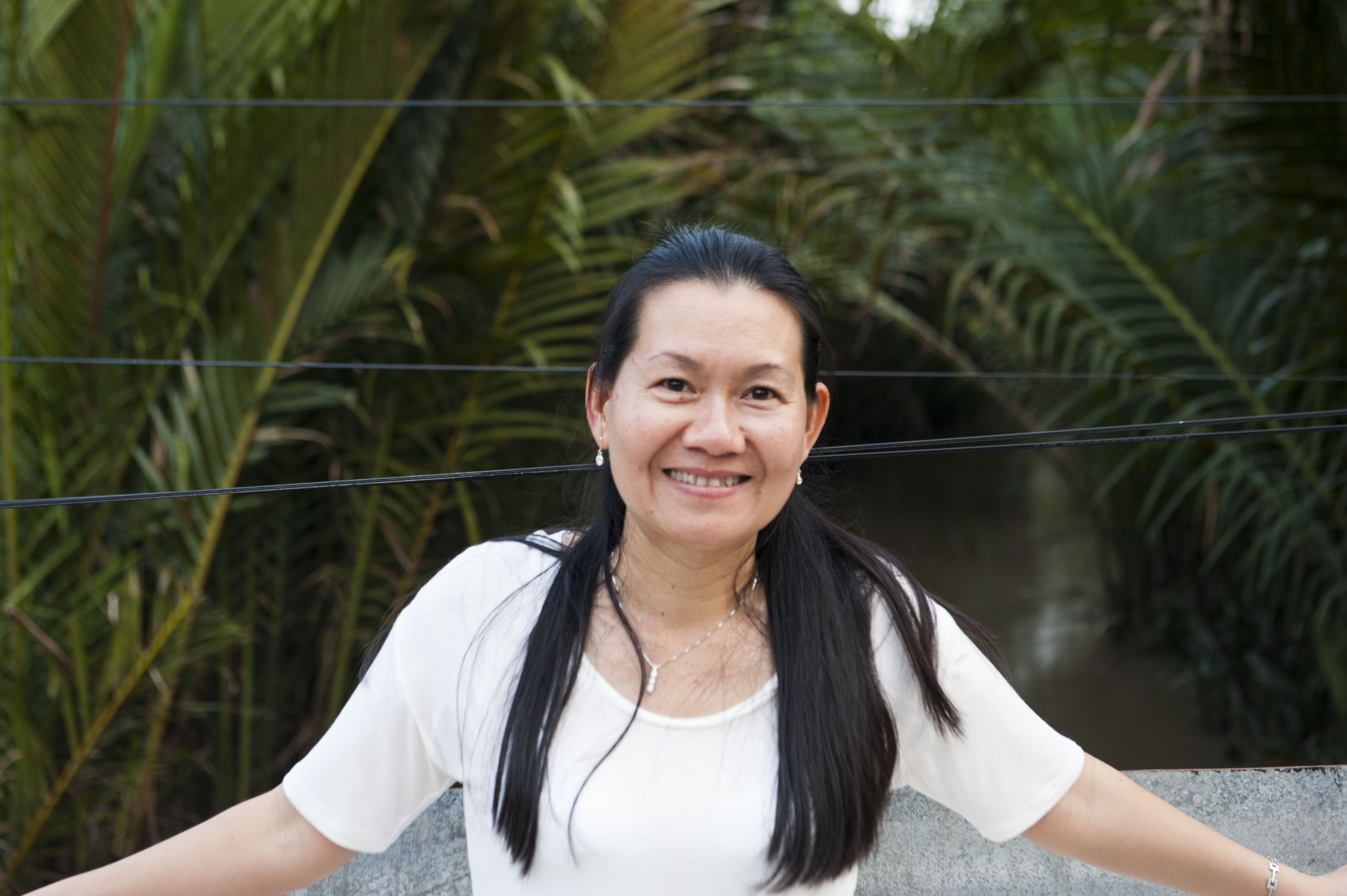 But life is harder for many women in the Southeast Asia region. No more so than for the millions of Filipino women who each year leave their families, including their children and grandchildren, and become part of the massive contingent of migrant workers employed as home helpers, maids, food and beverage professionals, musicians, doctors, lawyers, educators and business people in Southeast Asia and around the world. Human resources is the Philippine’s most important export. It’s reported that 10 million Filipinos have OFW (Overseas Filipino Worker) status at any given time and send over US$30 billion a year home in remittances to their families and loved ones.

How many OFWs there are across the globe who aren’t officially registered remains unclear. For the most part they are women, often without a high level of education and are unskilled, rendering them the most vulnerable of all OFWs. Because of desperate circumstances back home where they find it impossible to gain meaningful employment that earns them enough income to support their families, or they have separated from their husbands who aren’t legally required to pay alimony because divorce doesn’t exist, they turn to places like Vietnam where they are in demand as home helpers and can earn a monthly income sometimes as high as US$700 per month.

However, they mostly work illegally on tourist visas, which they have to renew on a regular basis by leaving the country and re-entering Vietnam across the Cambodian border. In some cases this has to be done monthly, and often at great expense and risk to their safety. Their biggest fear however, is not being granted entry back into Vietnam because it would mean the loss of their jobs and an inability to send money back to their families. 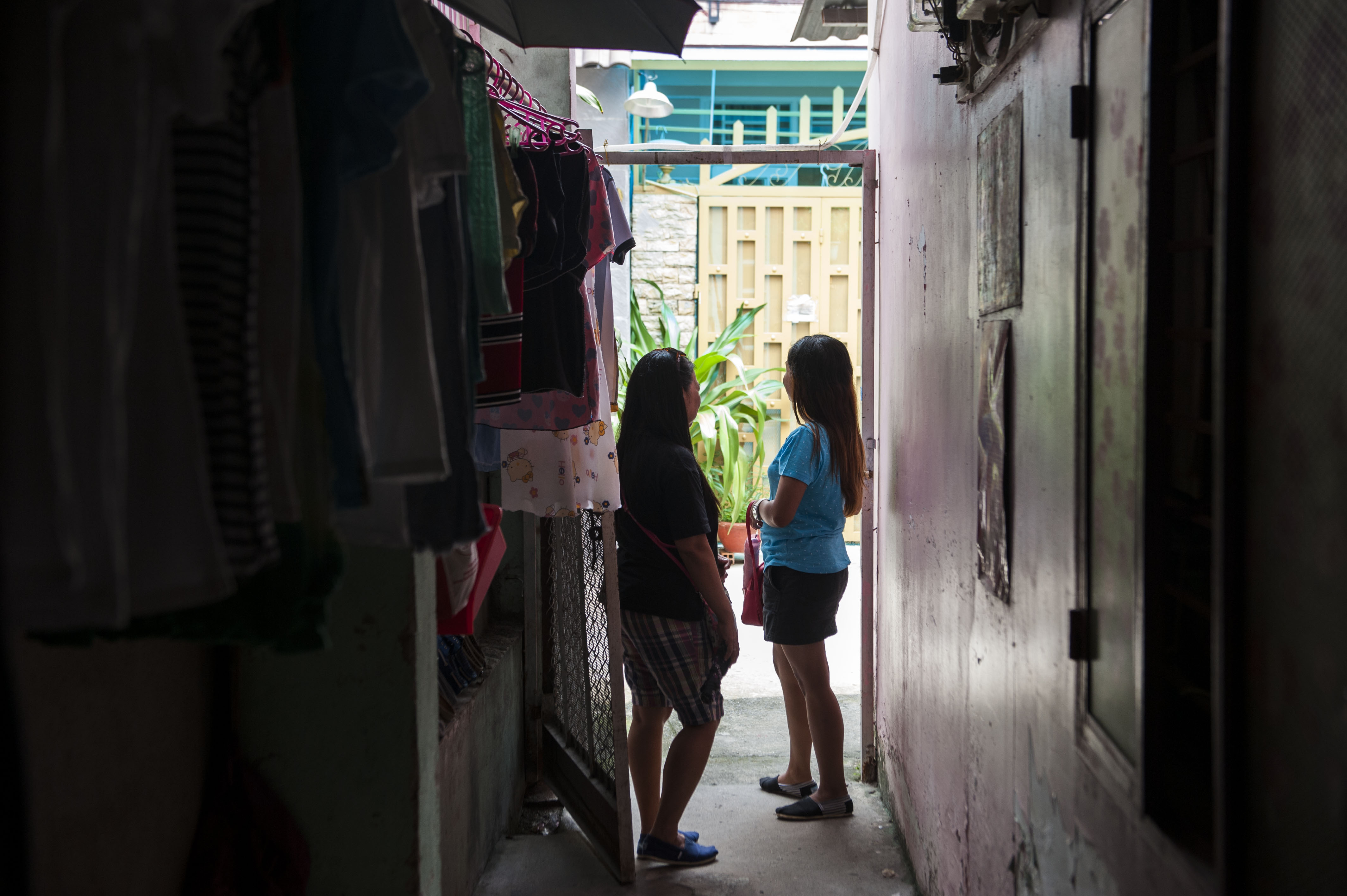 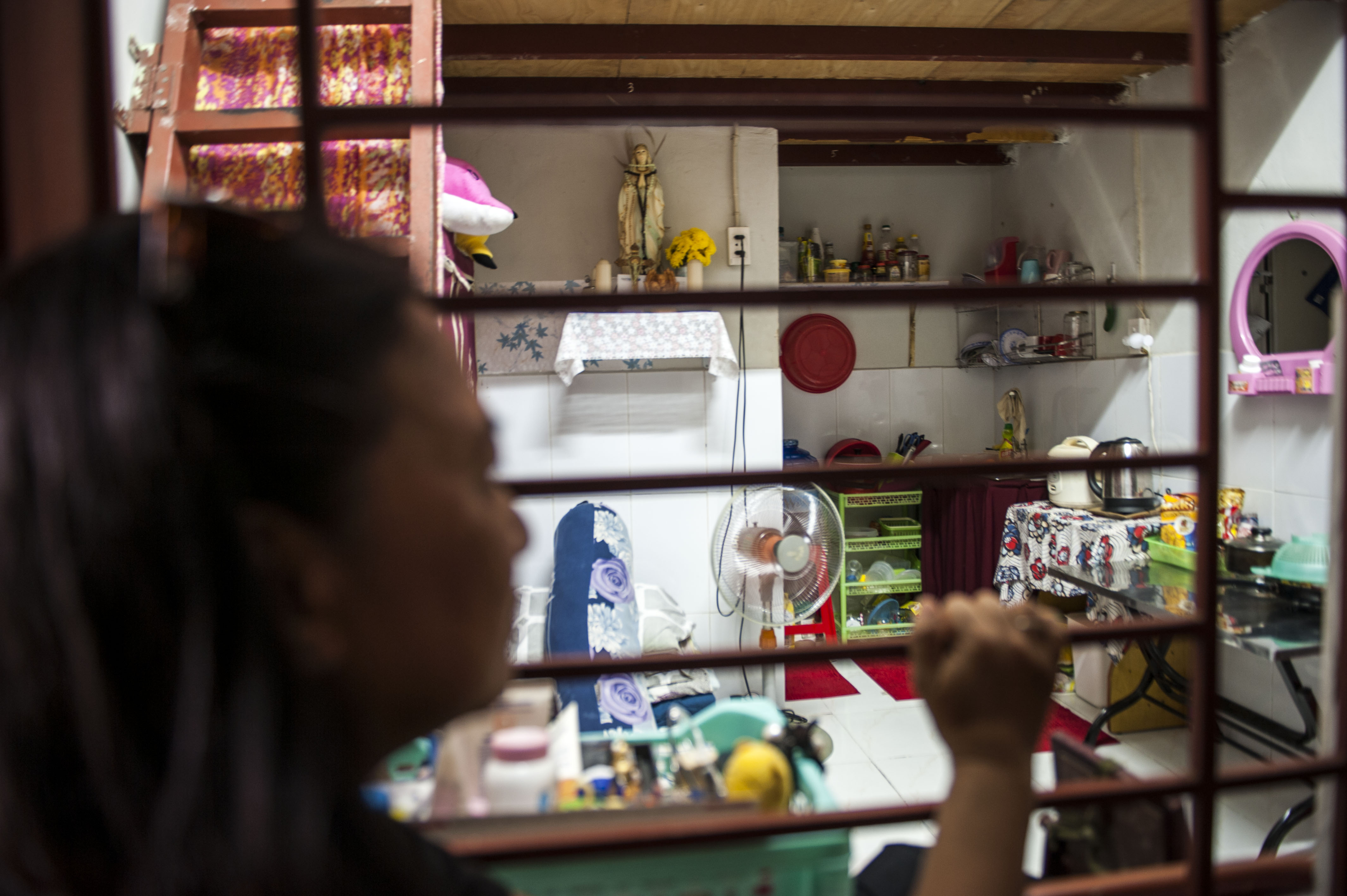 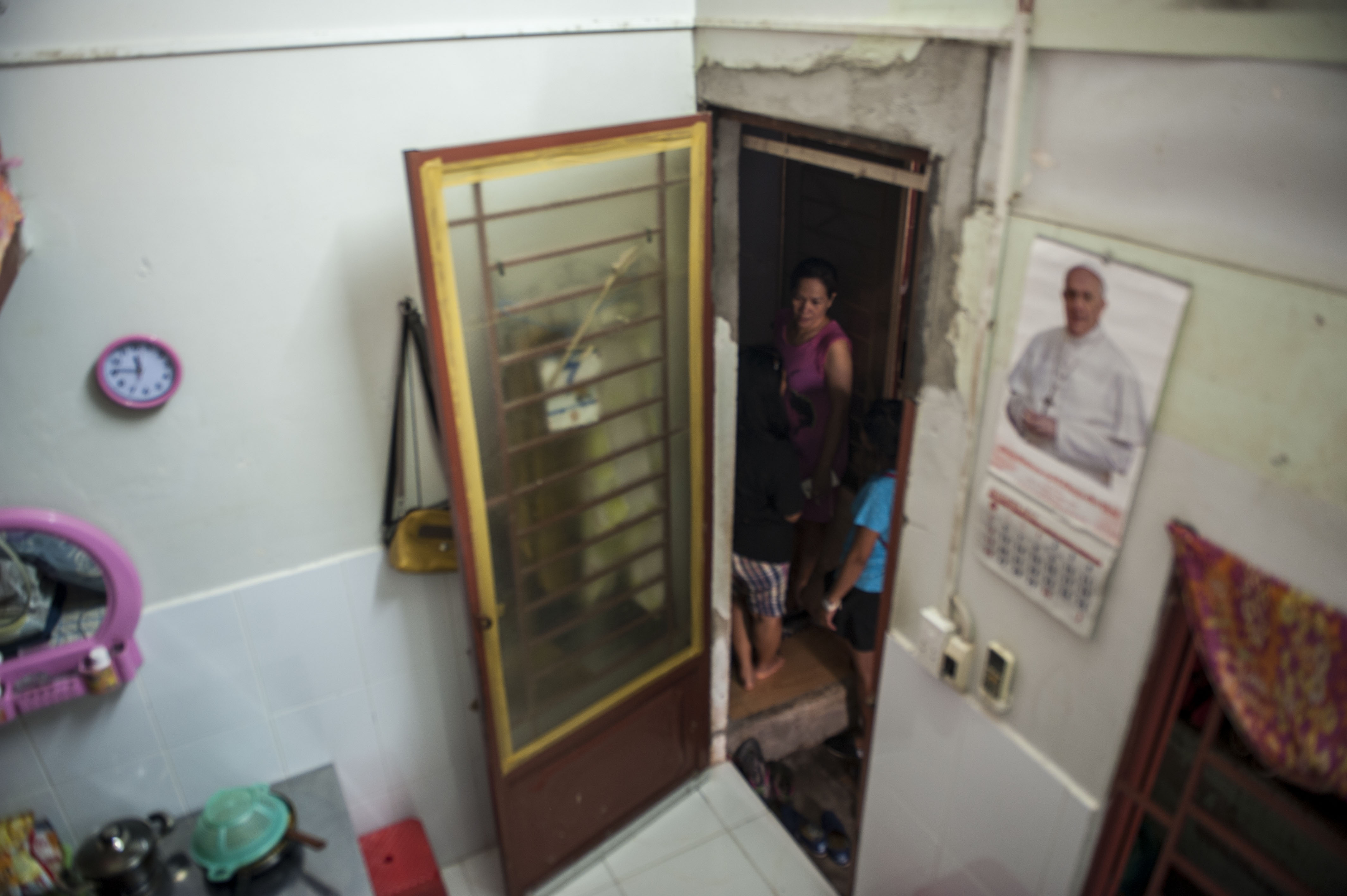 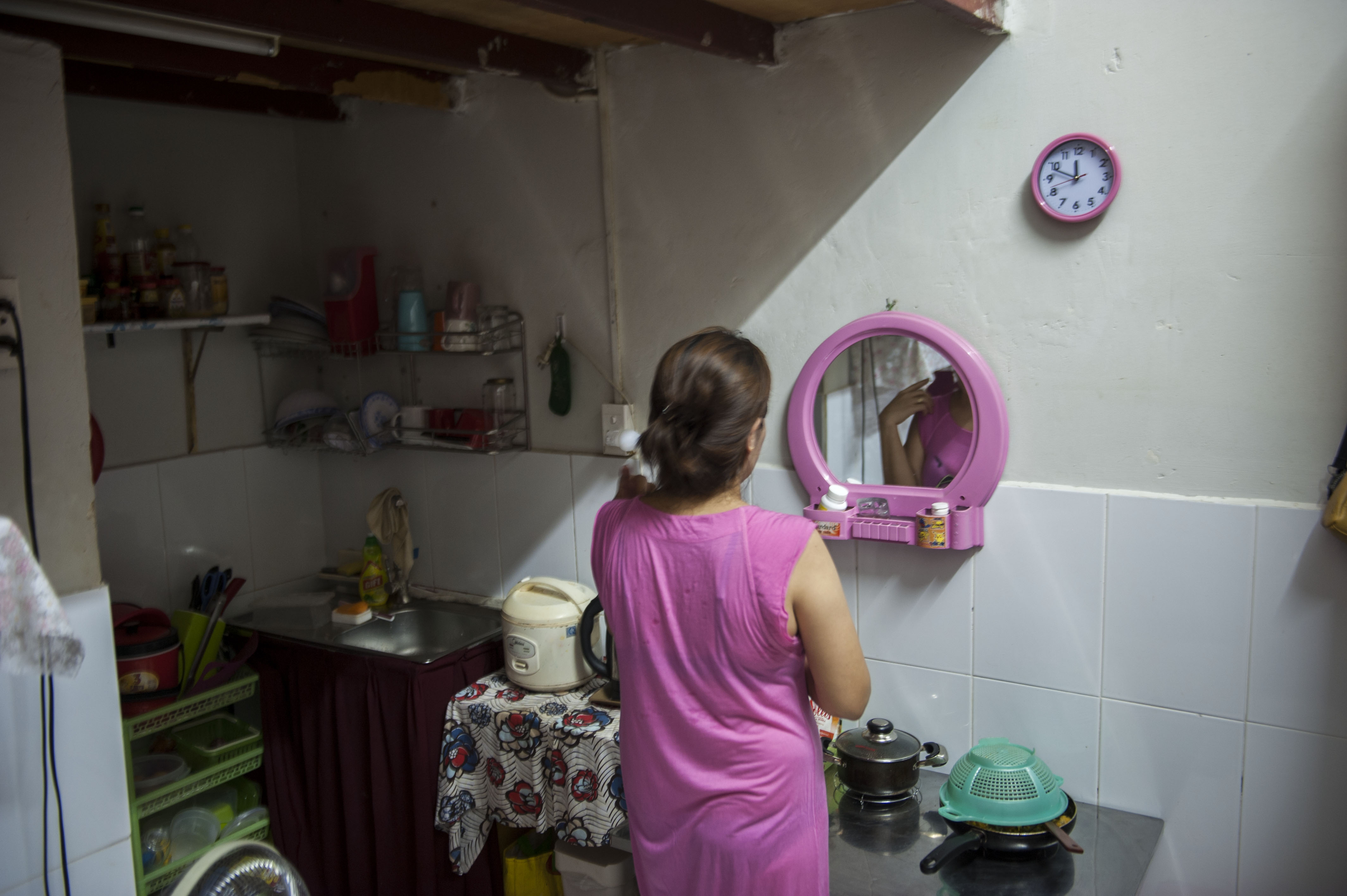 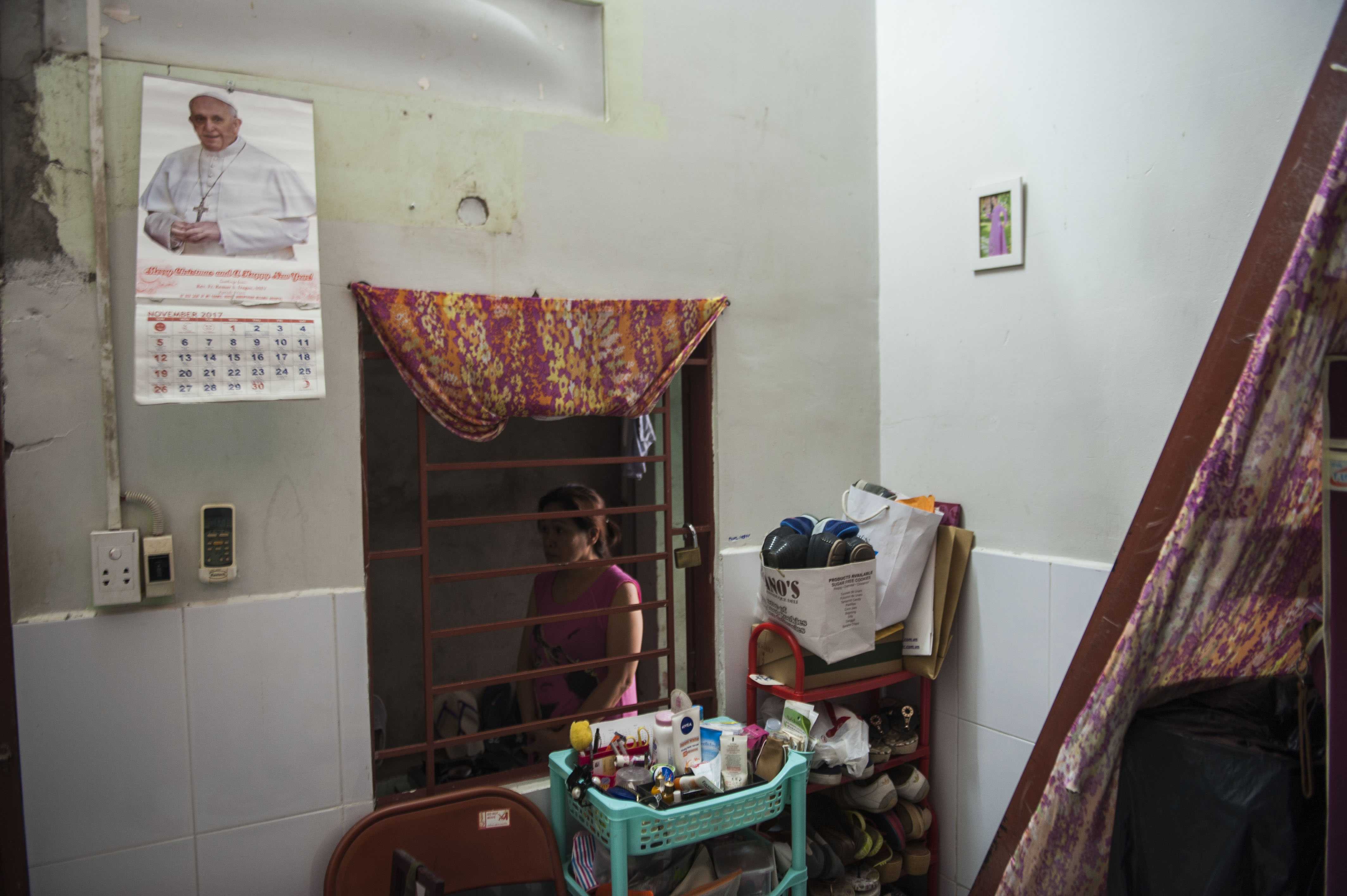 They fear the authorities. Any murmurings of a crackdown on illegal immigrant workers sets off an alarm along the grapevine, forcing them to ground and into the relative safety and anonymity of their cramped — often makeshift — rooms rented down the narrow alleyways of Ho Chi Minh City. It’s there they wait until the danger blows over and the perceived likelihood of being deported subsides before venturing out into the community again.

Our photos capture a window into the life of some of these women who haven’t been home to the Philippines in years, some in almost a decade. They are in their 20s and 30s with young children going to school for the first time, growing into teenagers and getting jobs of their own — significant life moments many OFWs miss out on because of their sacrifice. They are also grandmothers, some of whom have never held their grandchildren in their arms because of the tenuous circumstances in which they find themselves. 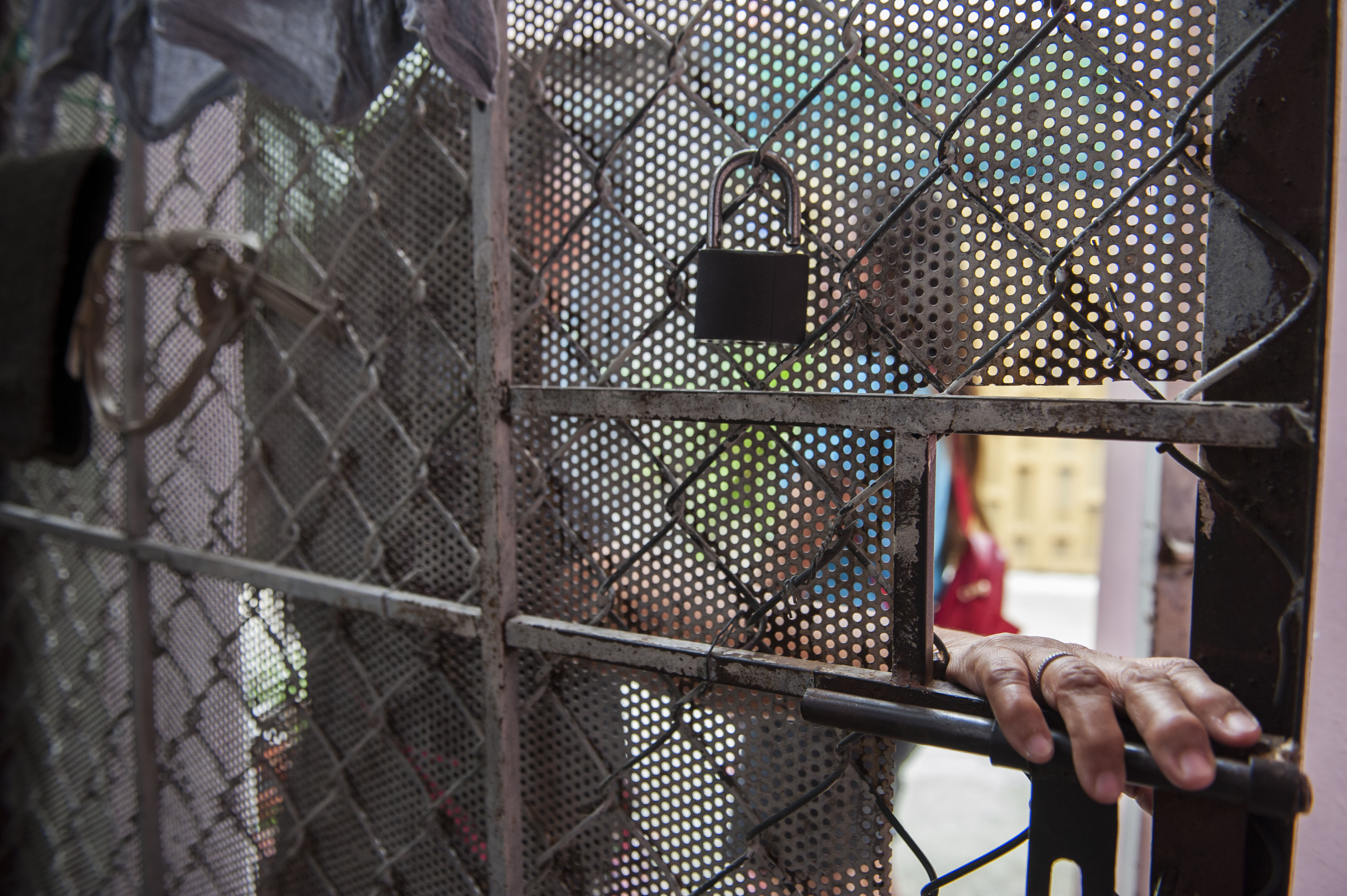