Third time lucky: An exclusive tour of the restoration works of the Philippines’ national cultural treasure

The Metropolitan Theatre — or The Met — in Manila is more than 12 months into a restoration project that will see performance art return to its stage once more. Backed by the National Commission for Culture and the Arts (NCCA) in the Philippines after it purchased the theatre for 270 million pesos (over US$5 million) in 2015, it’s hoped the once neglected cultural landmark’s metamorphosis will be complete by 2020. 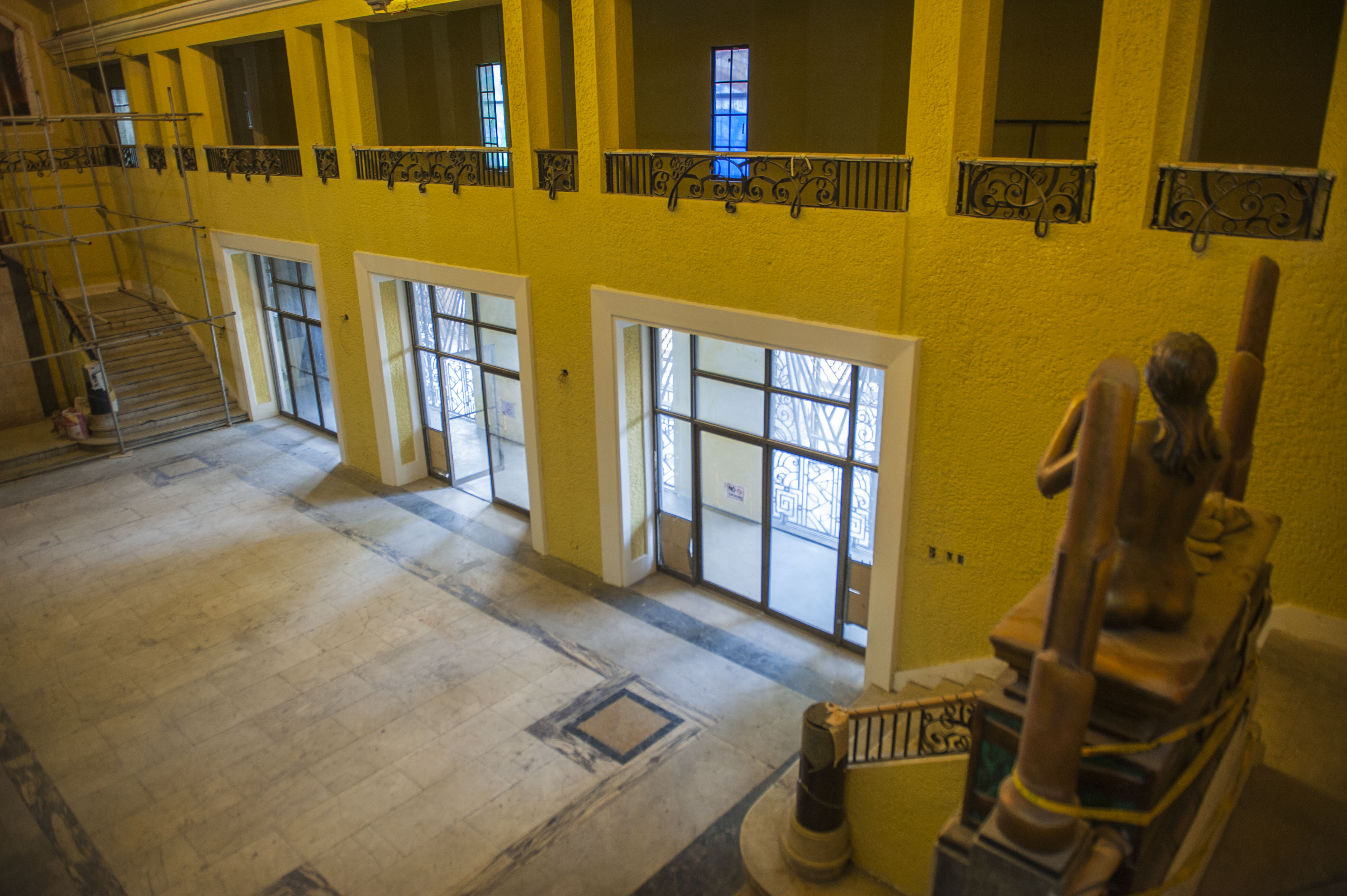 It’s not the first time The Met has undergone restoration in its more than eight decades in existence. In 1978, the old Metropolitan Theatre finally underwent a complete restoration after its destruction during the Battle for the Liberation of Manila in 1945 after which it fell further into post-war decline and misuse. 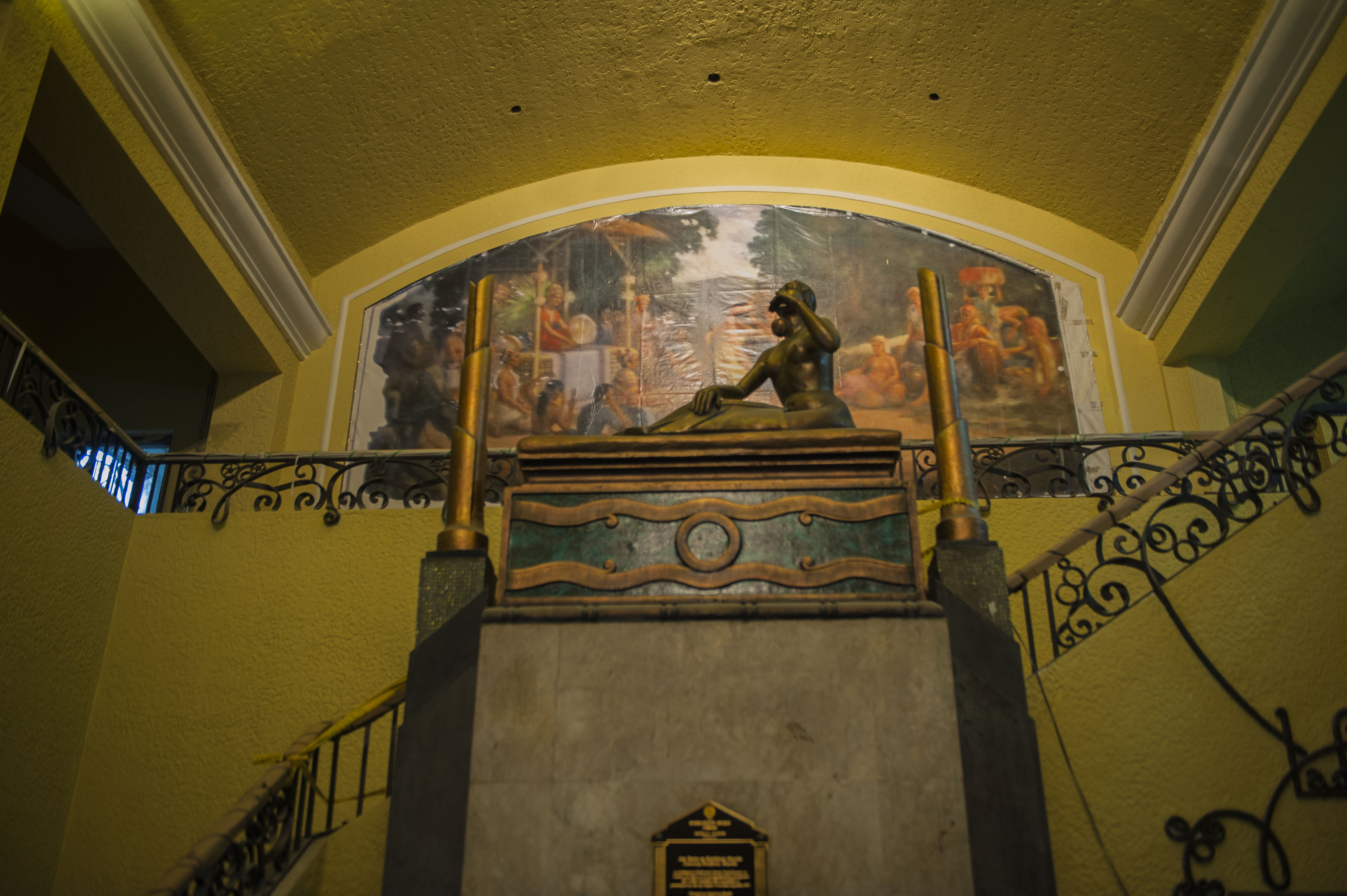 However, the immediate cultural renaissance the theatre enjoyed following that restoration was short-lived as political change swept in, ultimately leading to its forced closure in 1996. The curtains would remain down until 2010 but due to financial constraints and a dispute over ownership, the theatre’s lights were dimmed once more until this latest project promised to breathe new life into one of the city’s most storied cultural sites. 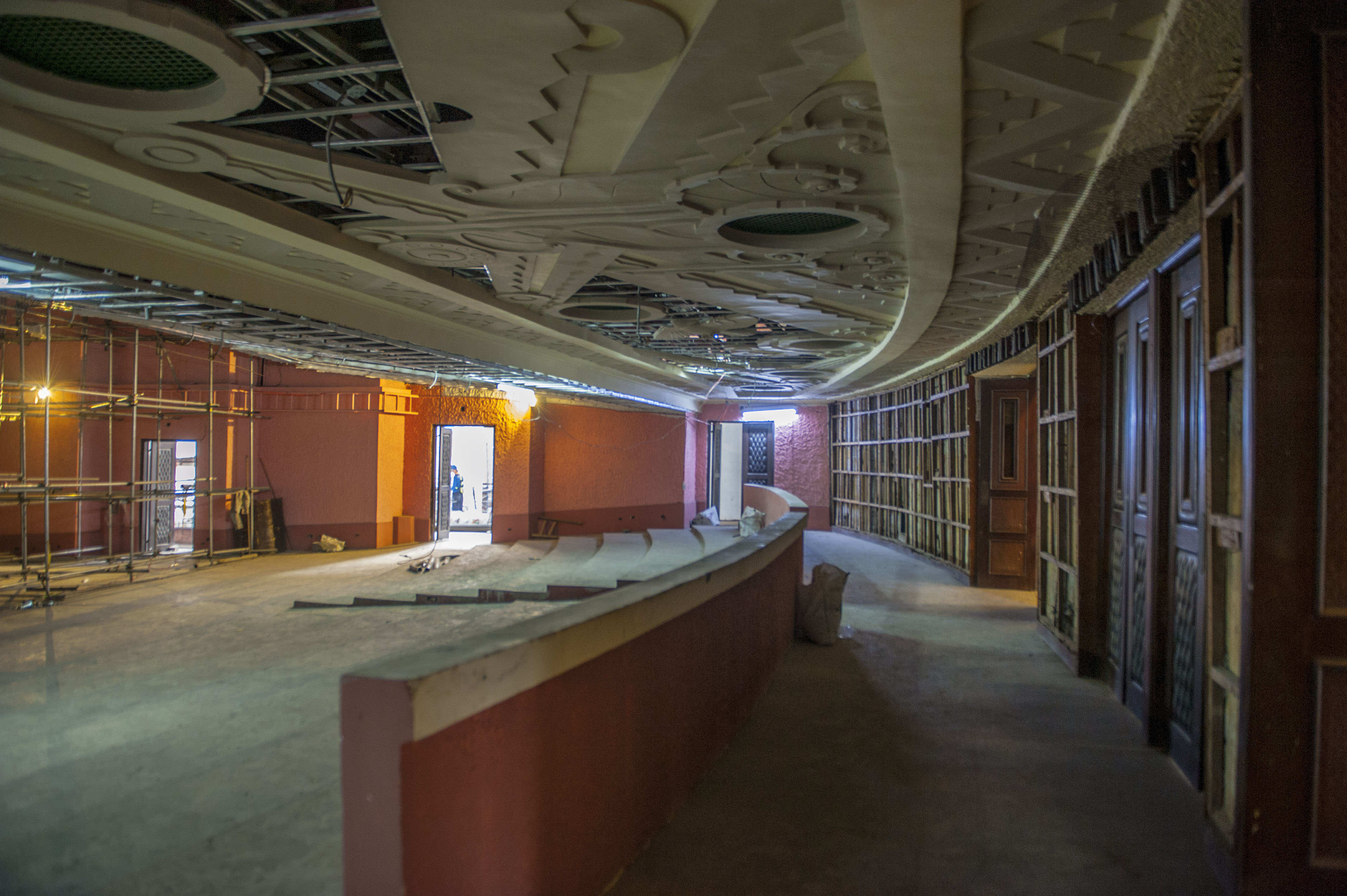 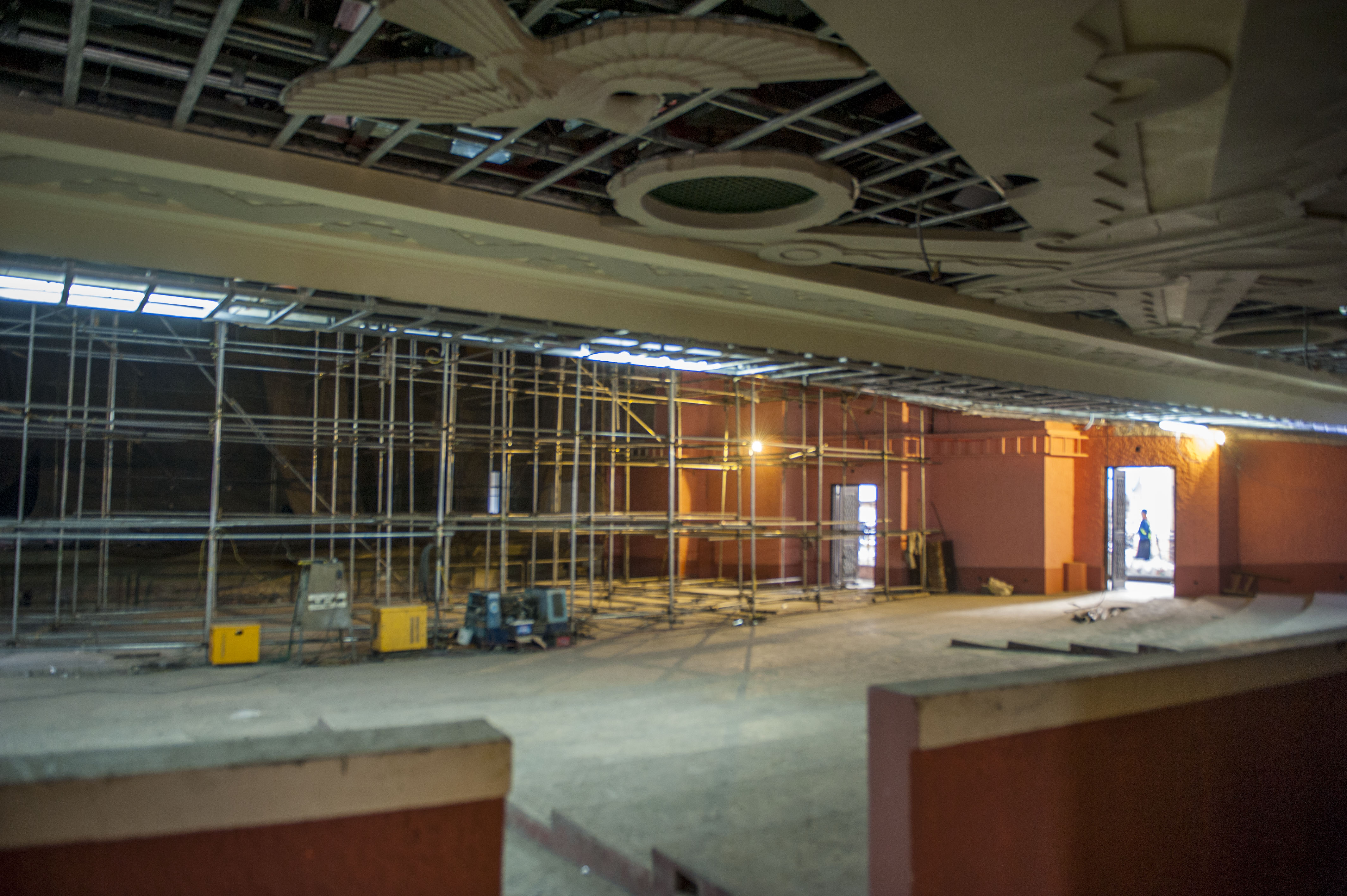 The idea to construct a new theatre for Manila came in 1924 around the beginning of American occupation in the Philippines. Shortly after, the government commissioned pioneer Filipino architect, Juan M. Arellano, to draw up the blue prints for the Met. He was sent to the United States to study the latest in theatre design and construction, and by 1930 his plans were completed and became what was considered a stunningly different aesthetic from the usual classical designs of the time — art deco. 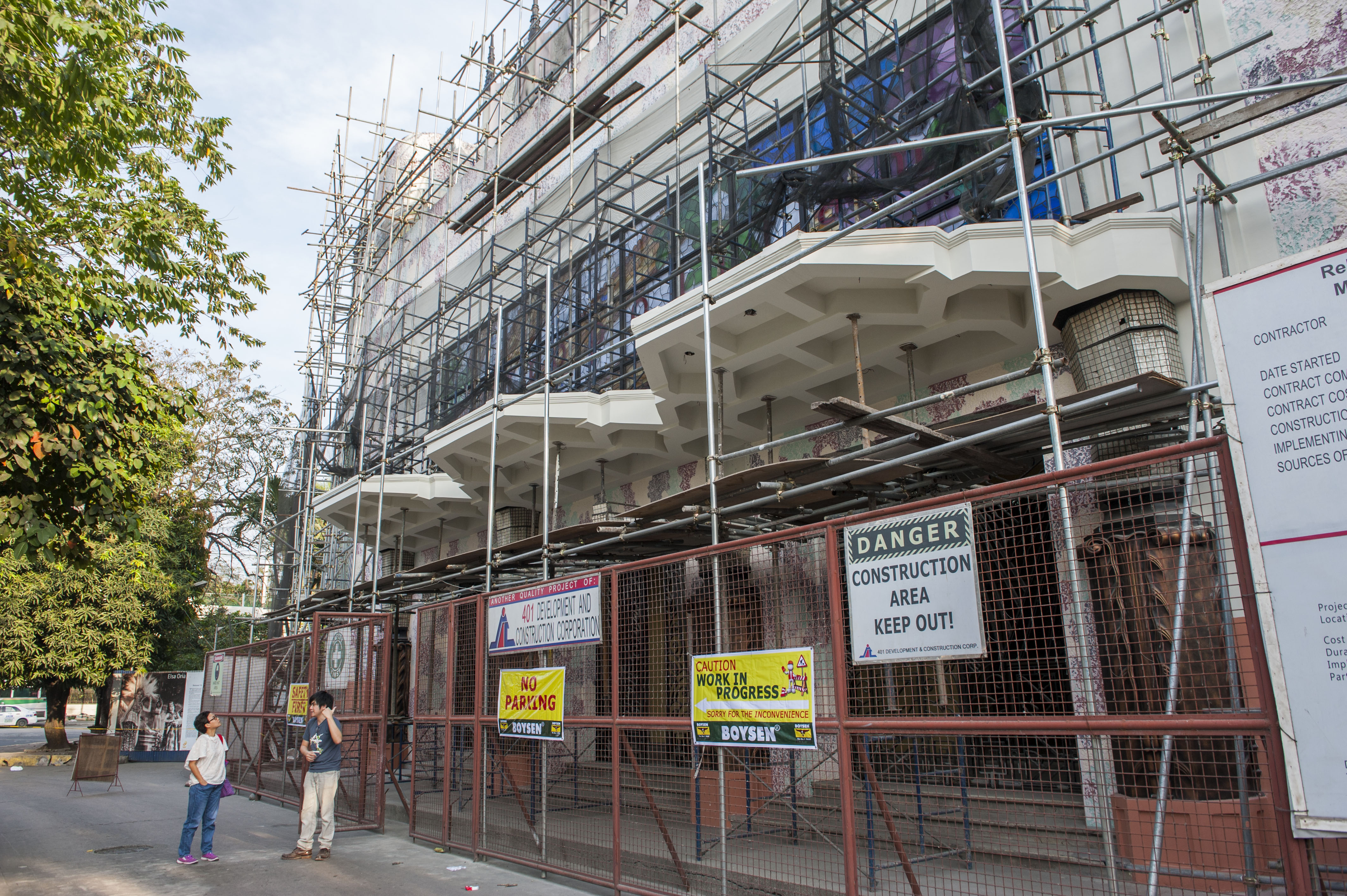 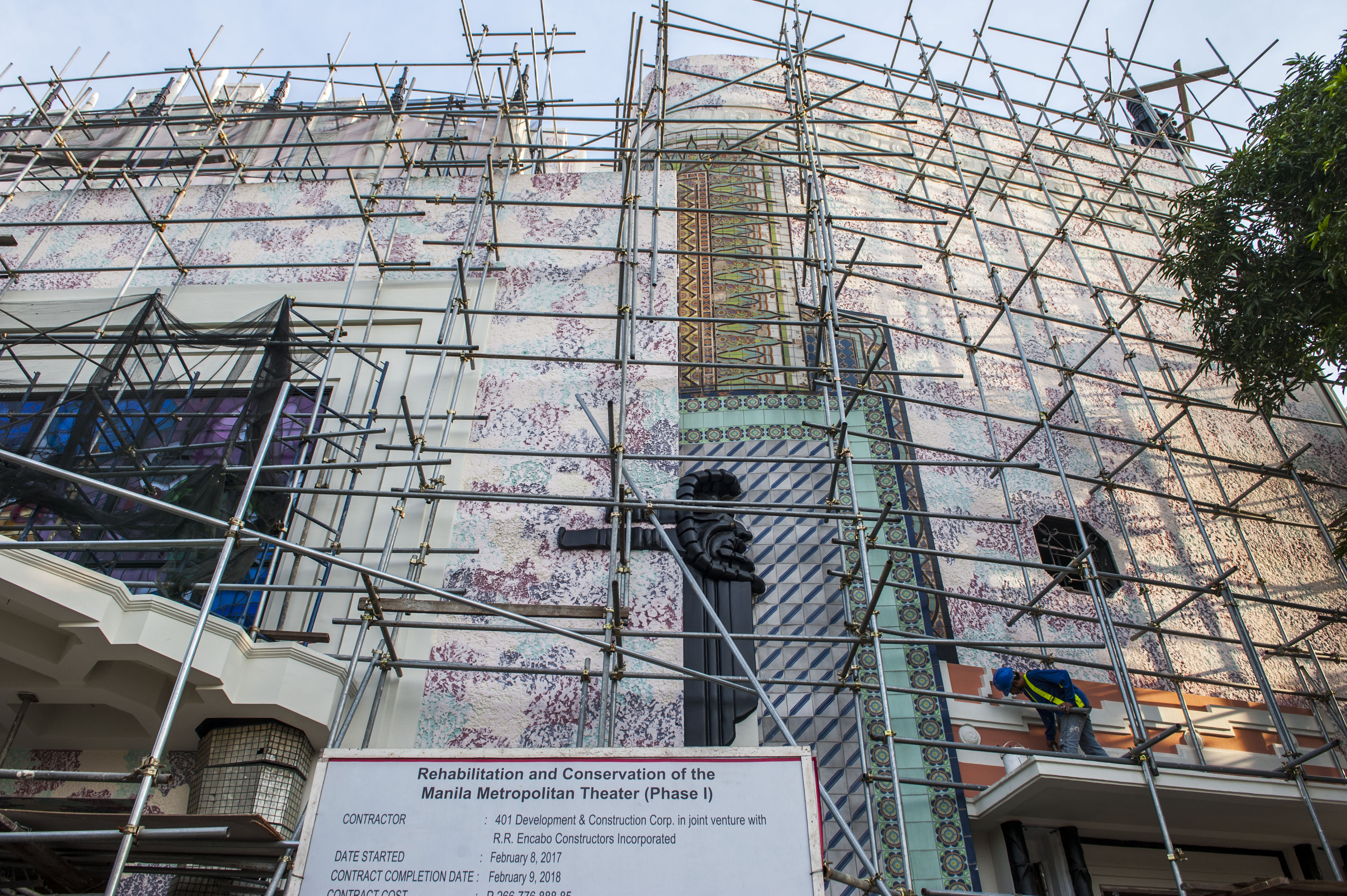 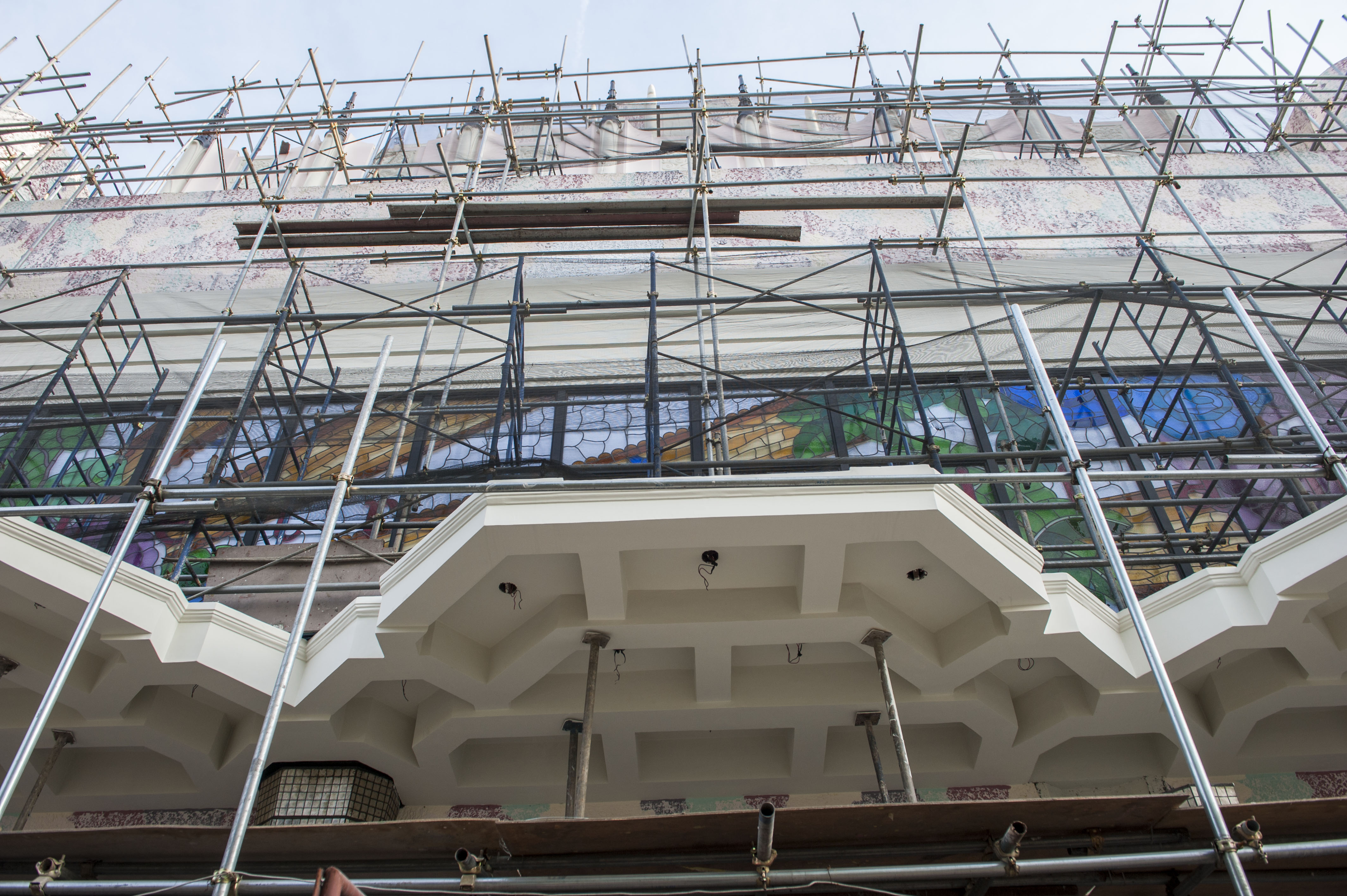 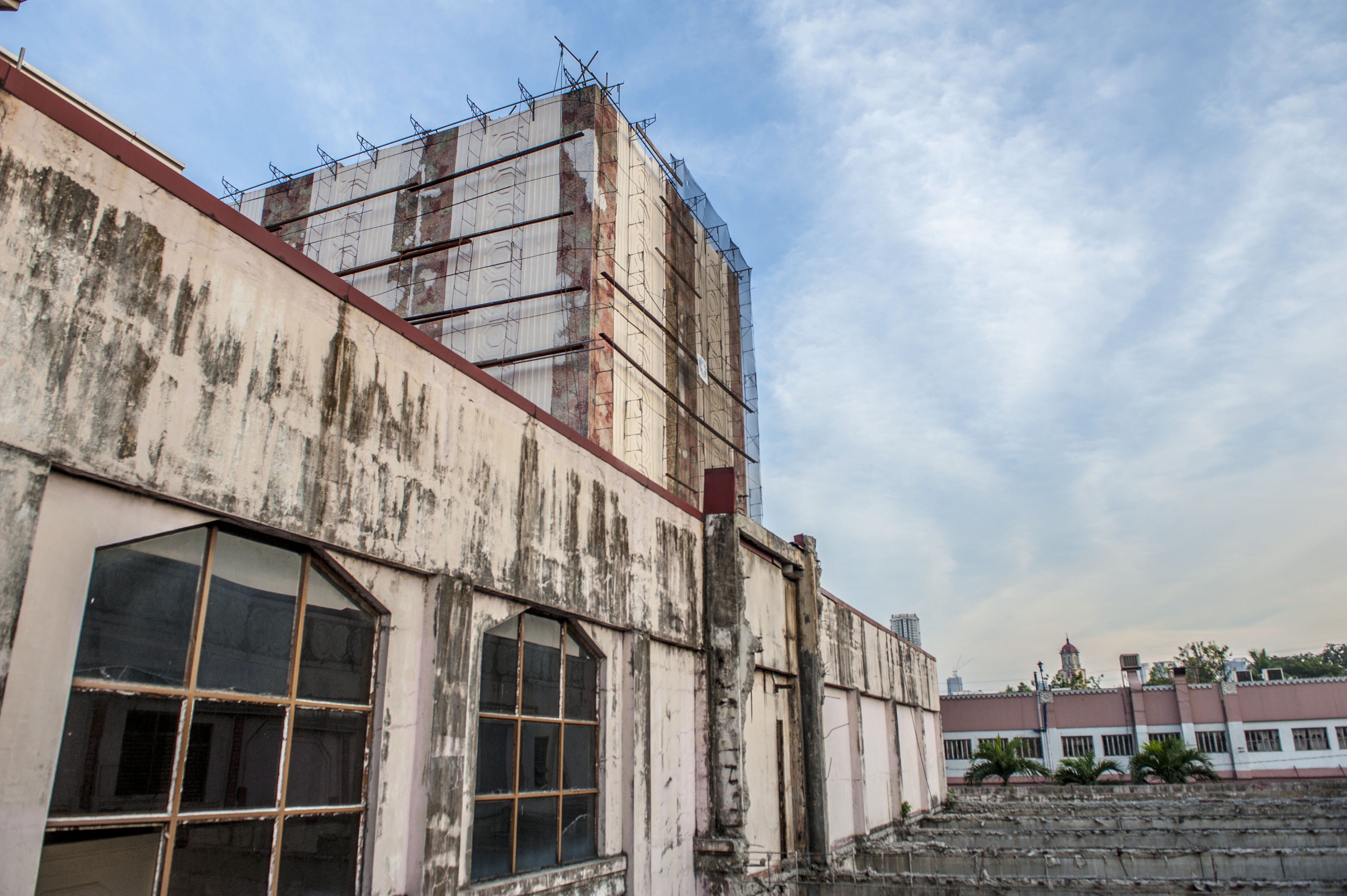 Construction work commenced in late 1930 and by around the same time the following year, The Met was formally inaugurated with a program that included musical numbers, comedy, and a Movietone. Inside the theatre, the Philippines’ distinct flora and fauna replaced classical ornamentation — details such as bamboo banister railings, carved banana and mango reliefs, and batik mosaic patterns.

In fact, the banana and mango reliefs high up on the ceiling of the theatre were one of the first elements to be restored during the current restoration and they can already be seen from the ground floor through the scaffolding supporting workers and the structure itself. Also, on the day we visited, the large stained glass windows above the front entrance had been installed the previous day, something our guide, Timothy Ong, was very excited about. They are stunning. 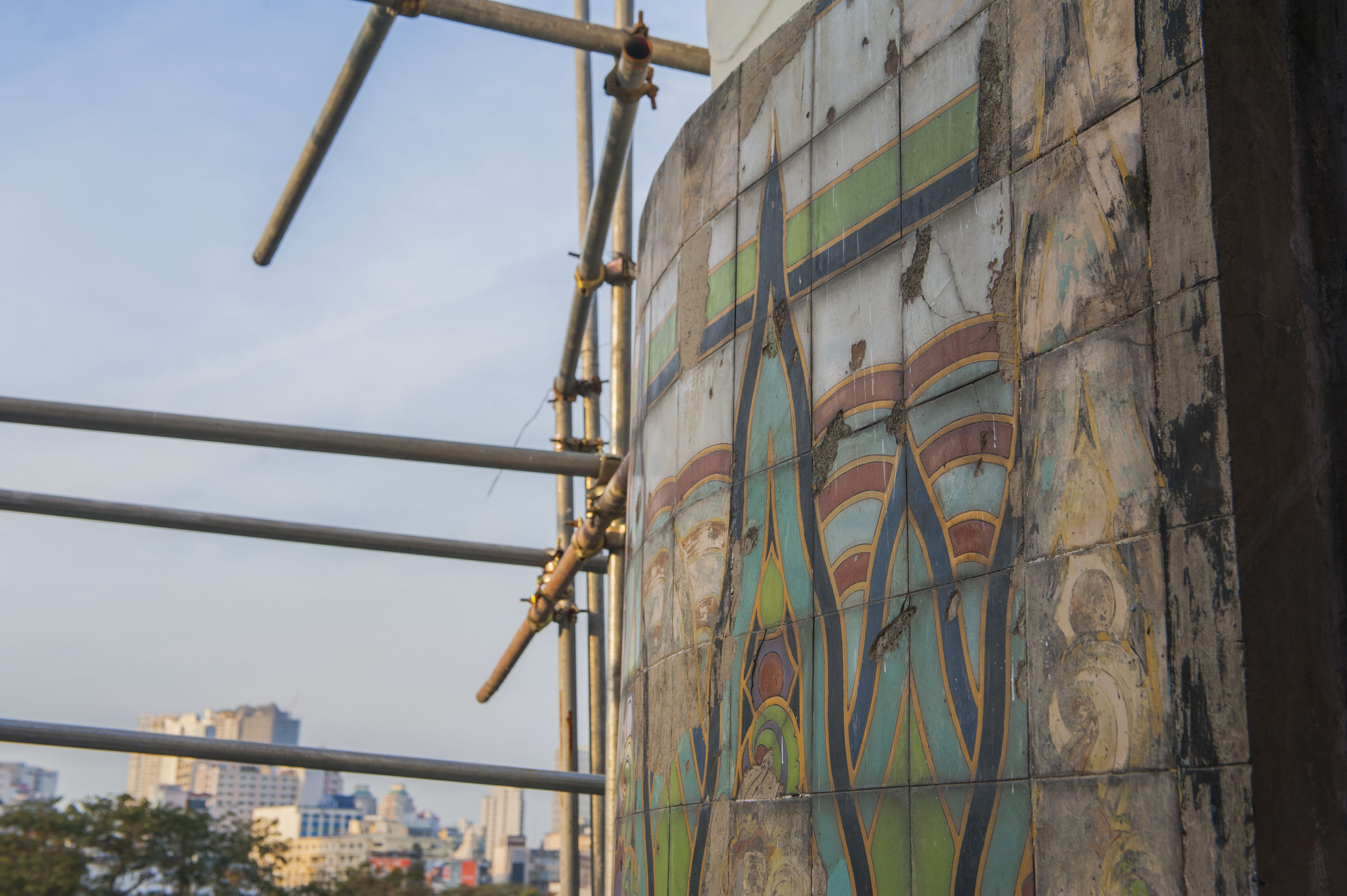 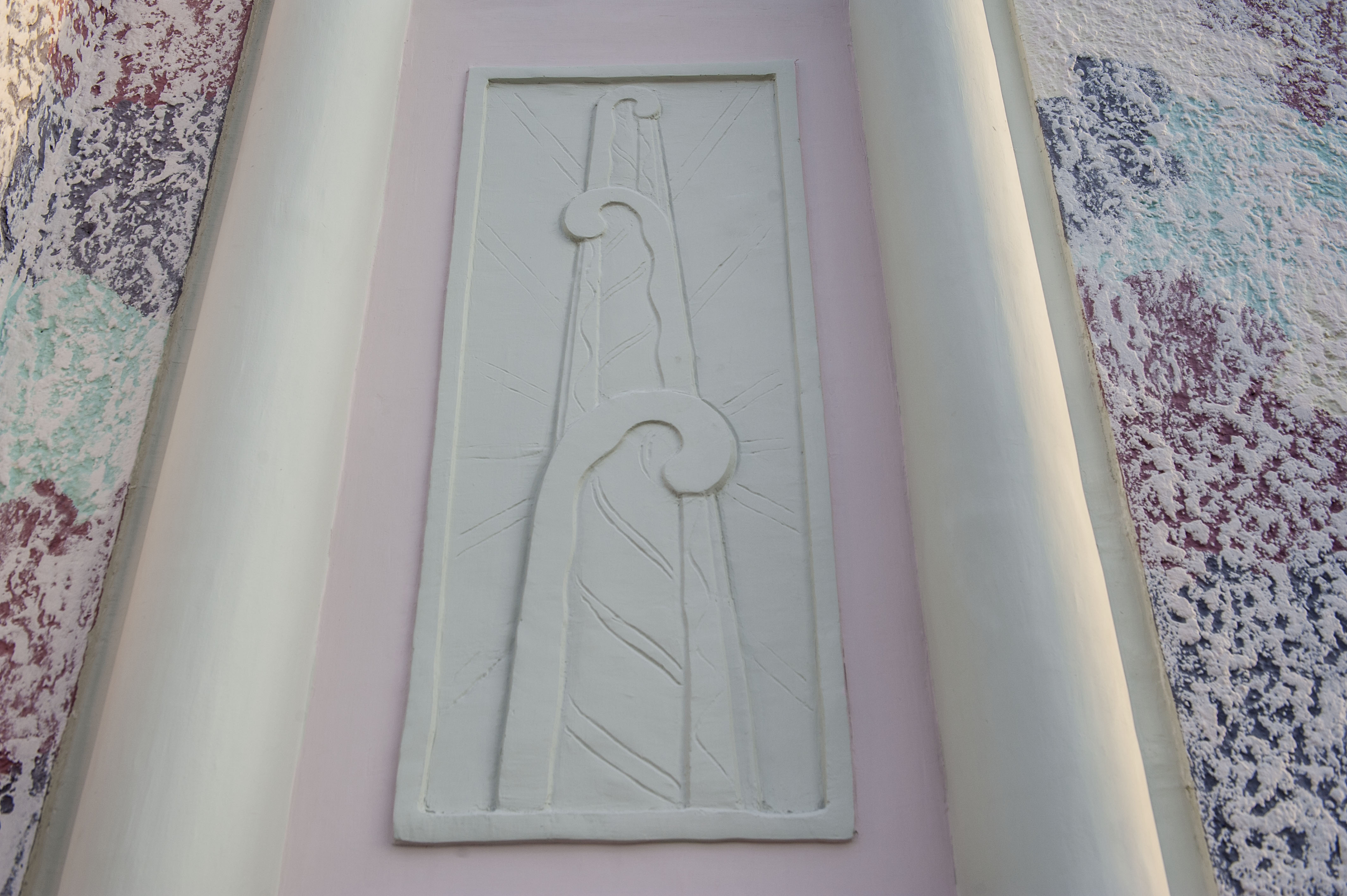 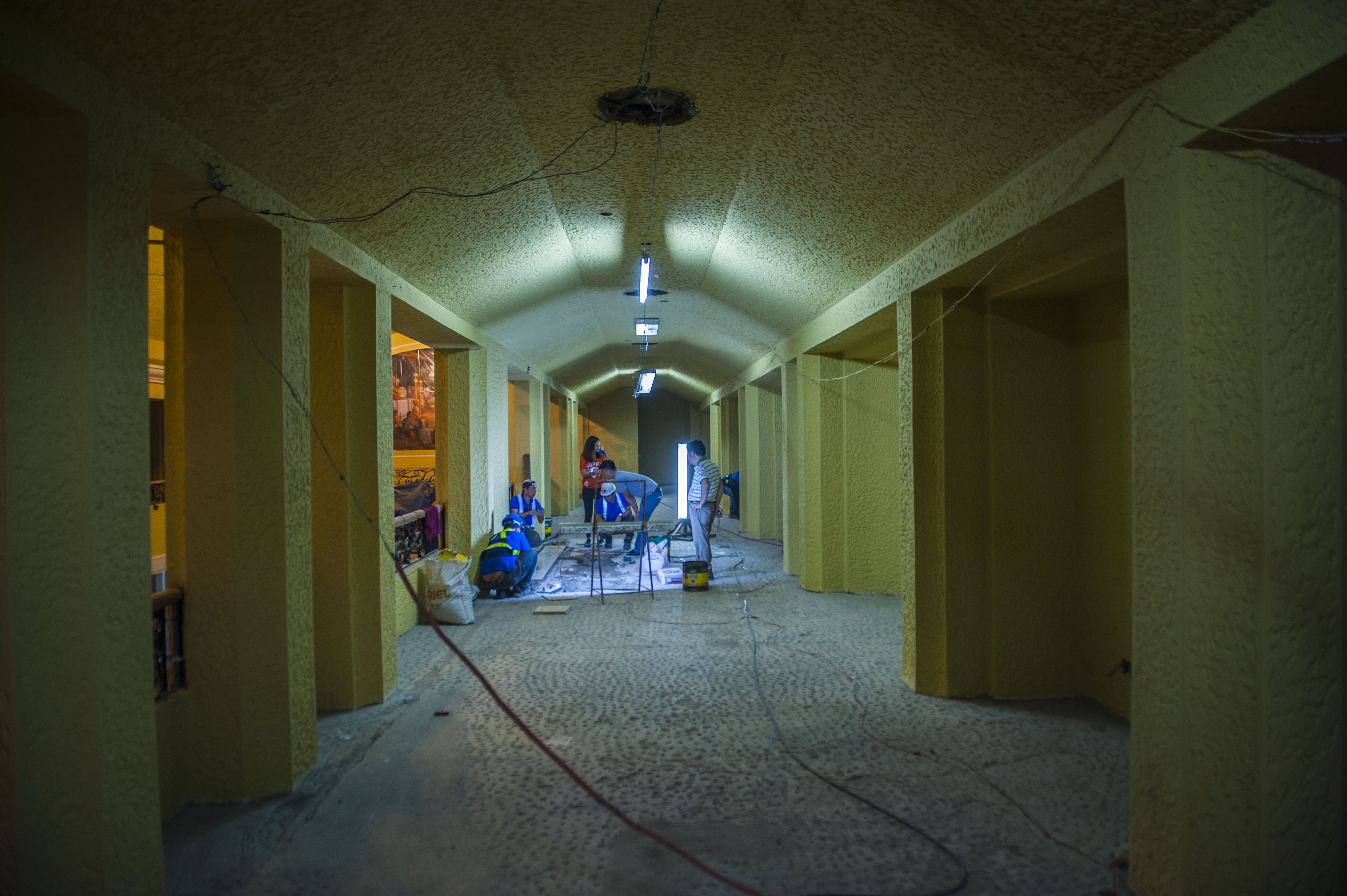 Ironically, the very first comprehensive renovation effort on The Met came thanks to the former first lady of the Philippines, Imelda Marcos, in 1978. The ballroom in one of the side wings of The Met complex was where Marcos hosted some of her extravagant parties with many of Manila’s elite of the time — for now it houses many of the workers renovating it and is also the temporary workshop where carpenters are reviving the beautiful jarrah timber doors that will eventually be hung in their original places. 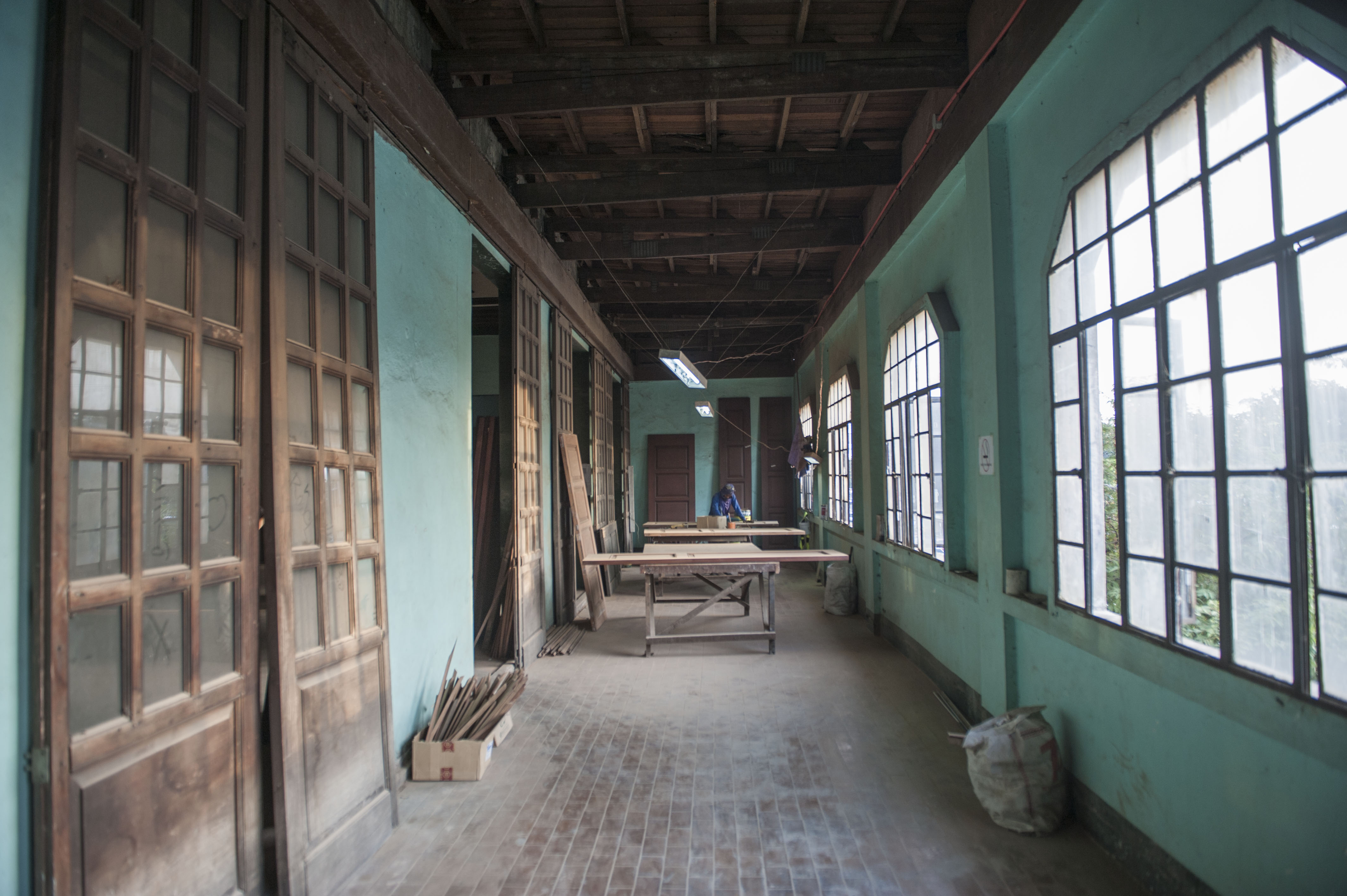 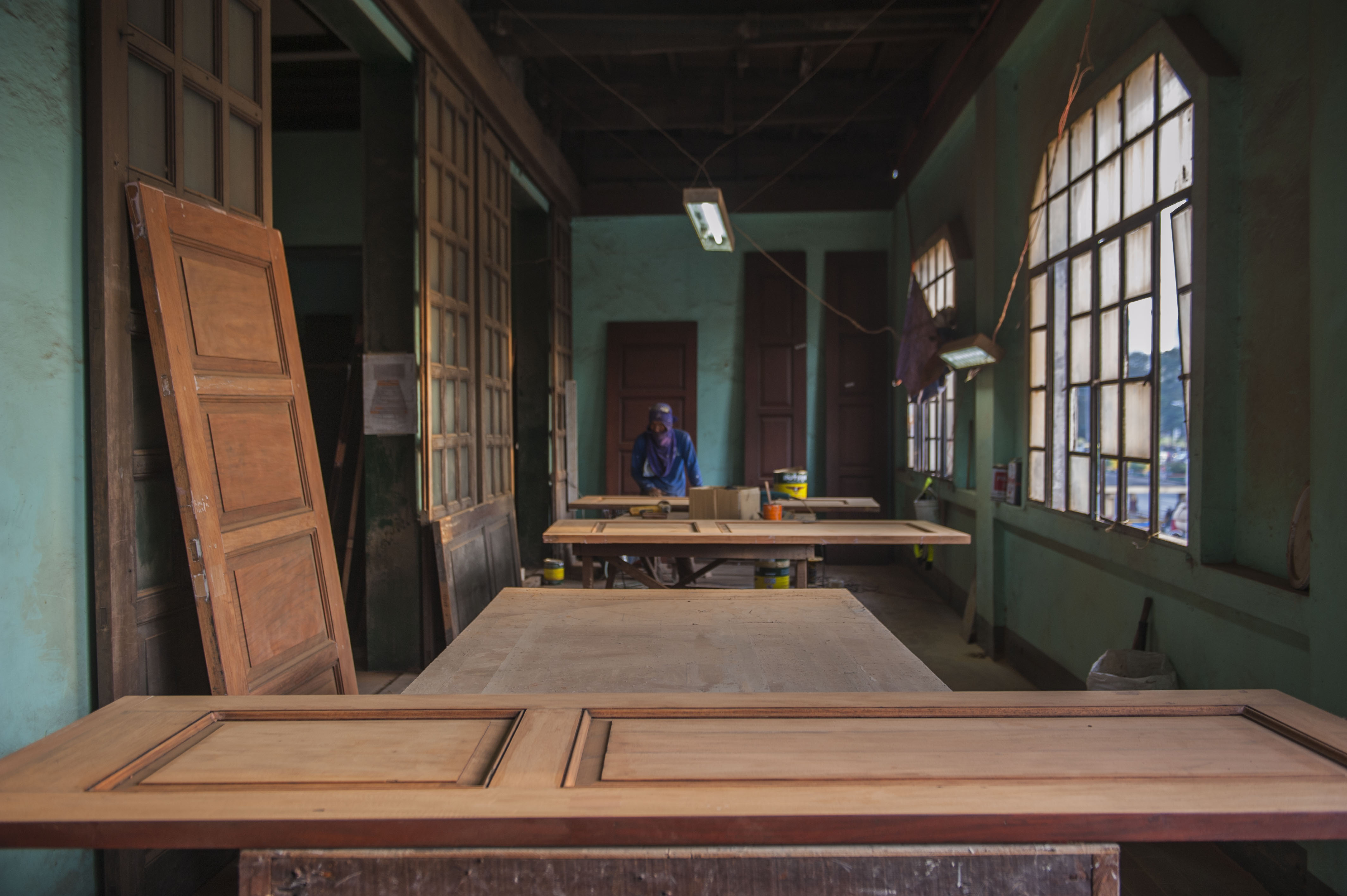 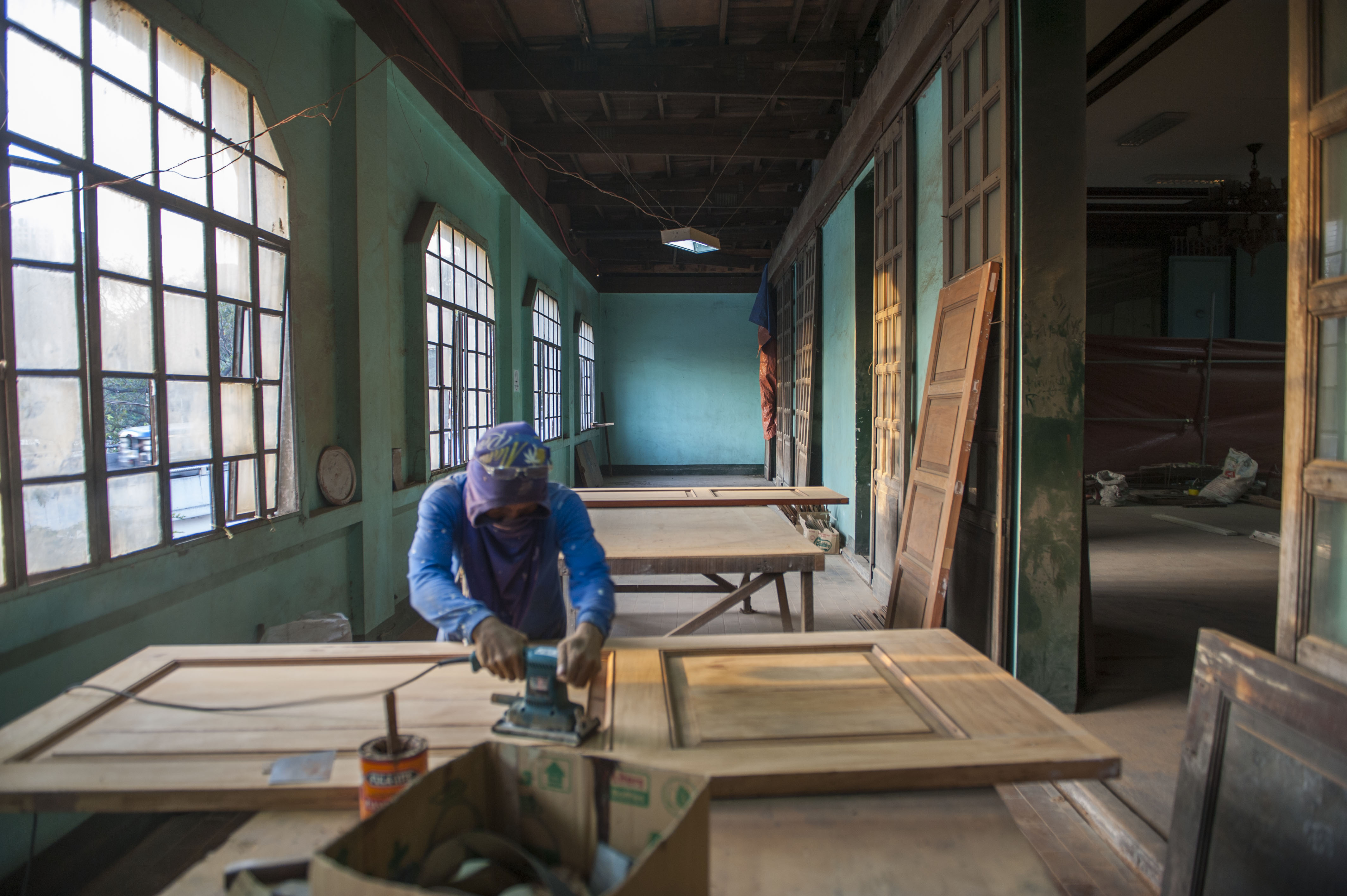 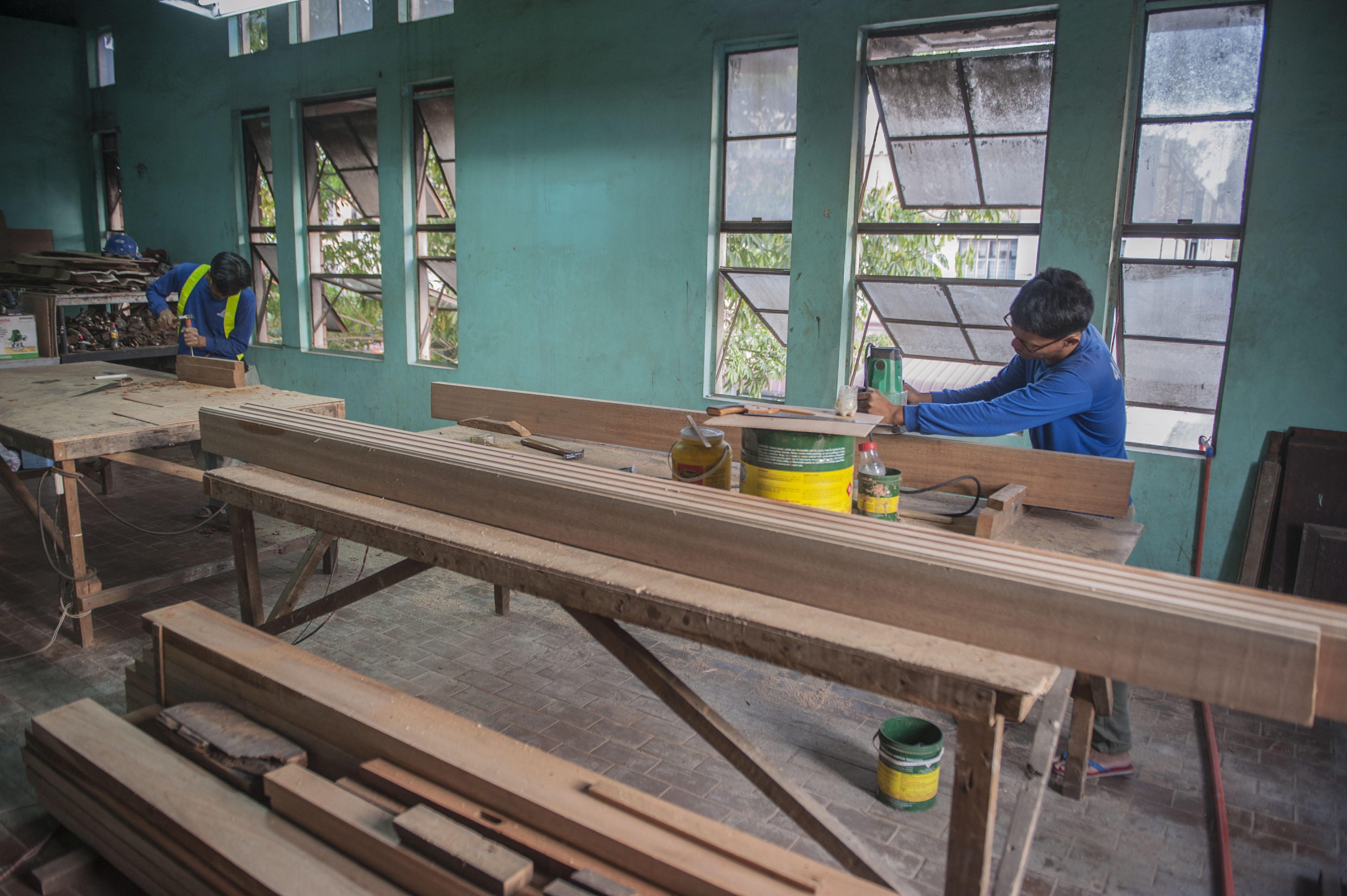 In the end, it was the former first lady who led The Met into a long dispute over debt and ownership that left it abandoned for years. It’s said that Marcos used The Met as collateral for an insurance loan, but because the funds were never paid, the building went under the possession of the government’s insurance service system that she was seeking the loan from, ultimately leading to the theatre’s closure again in 1996. 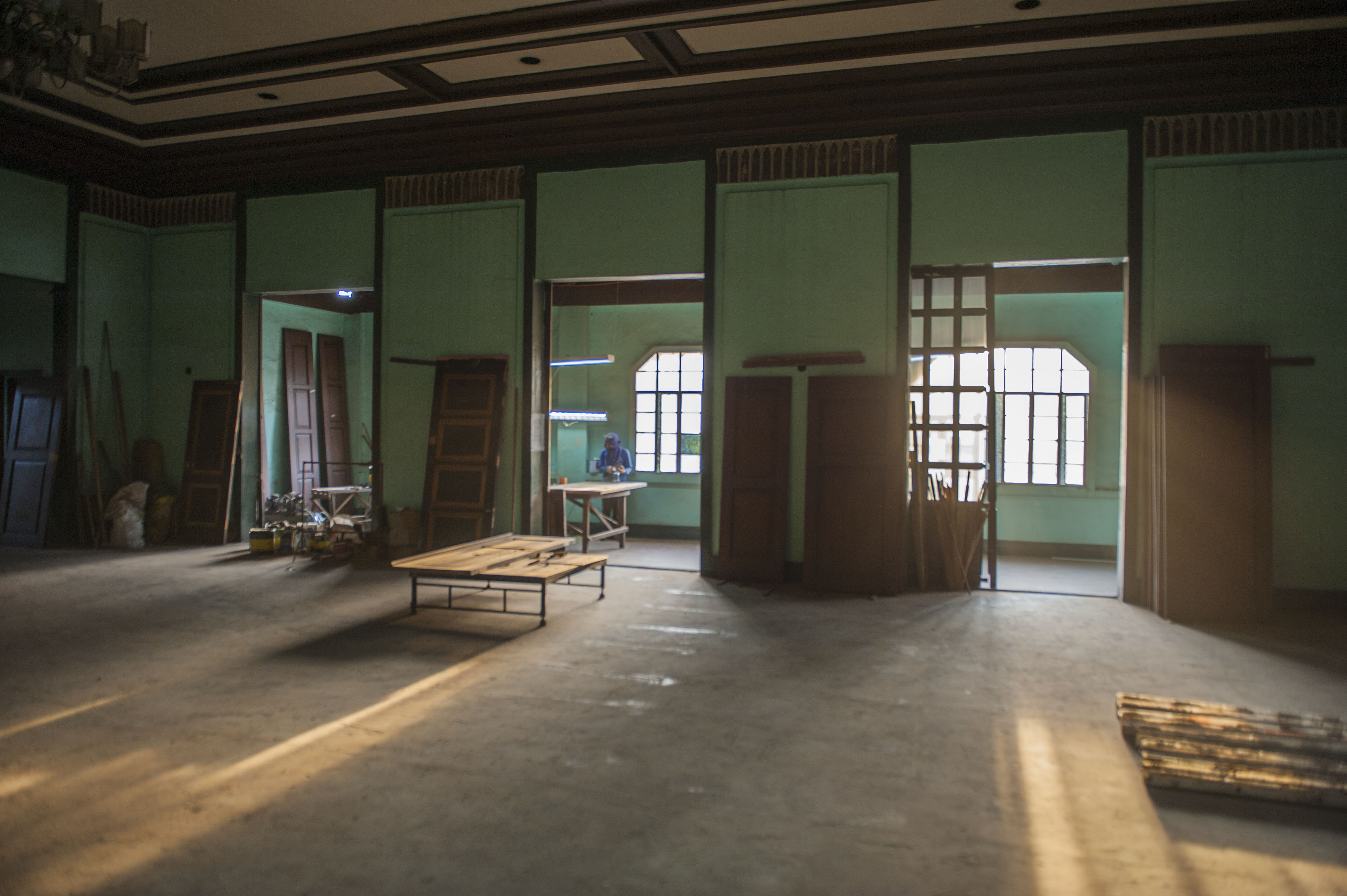 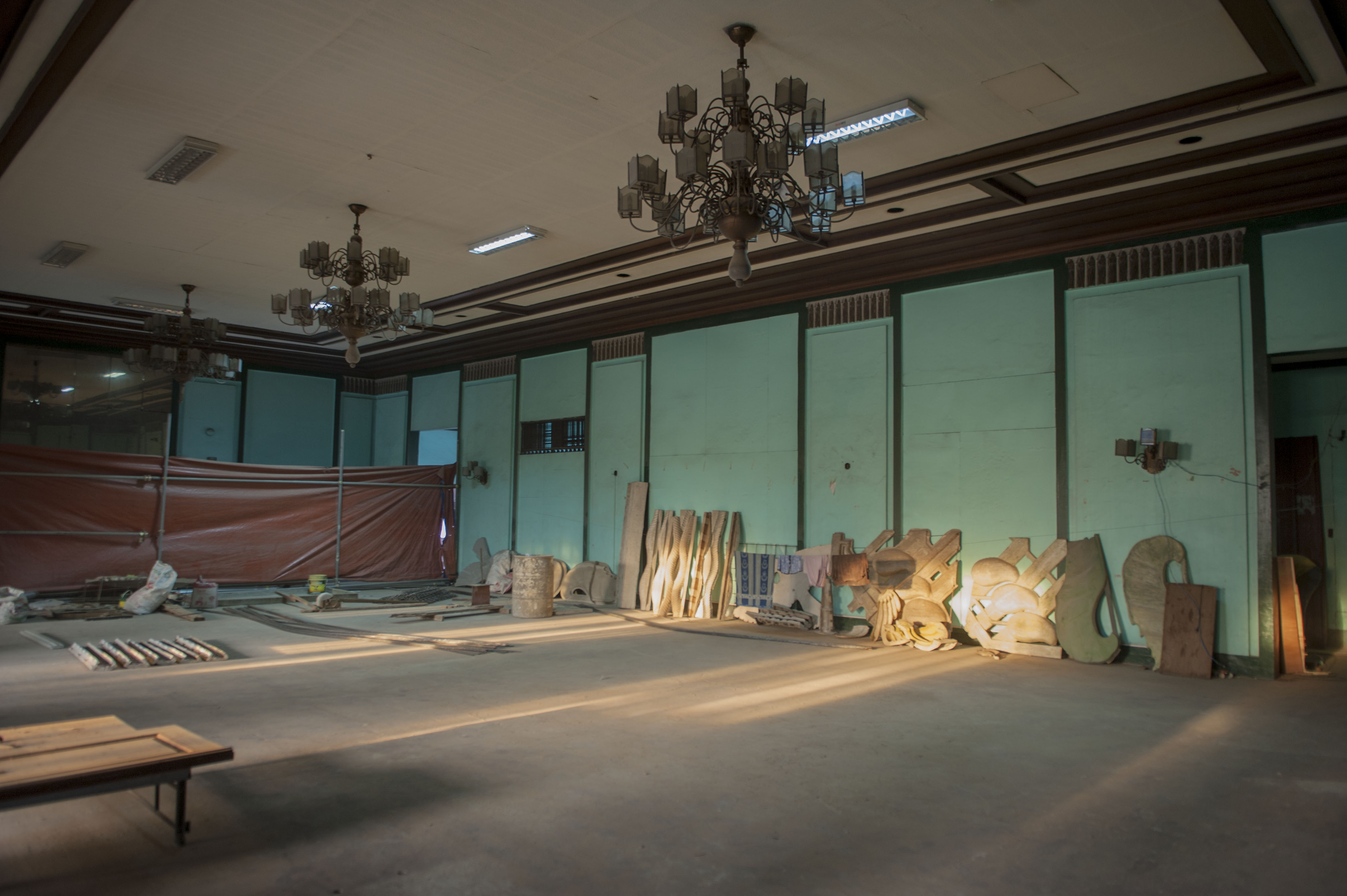 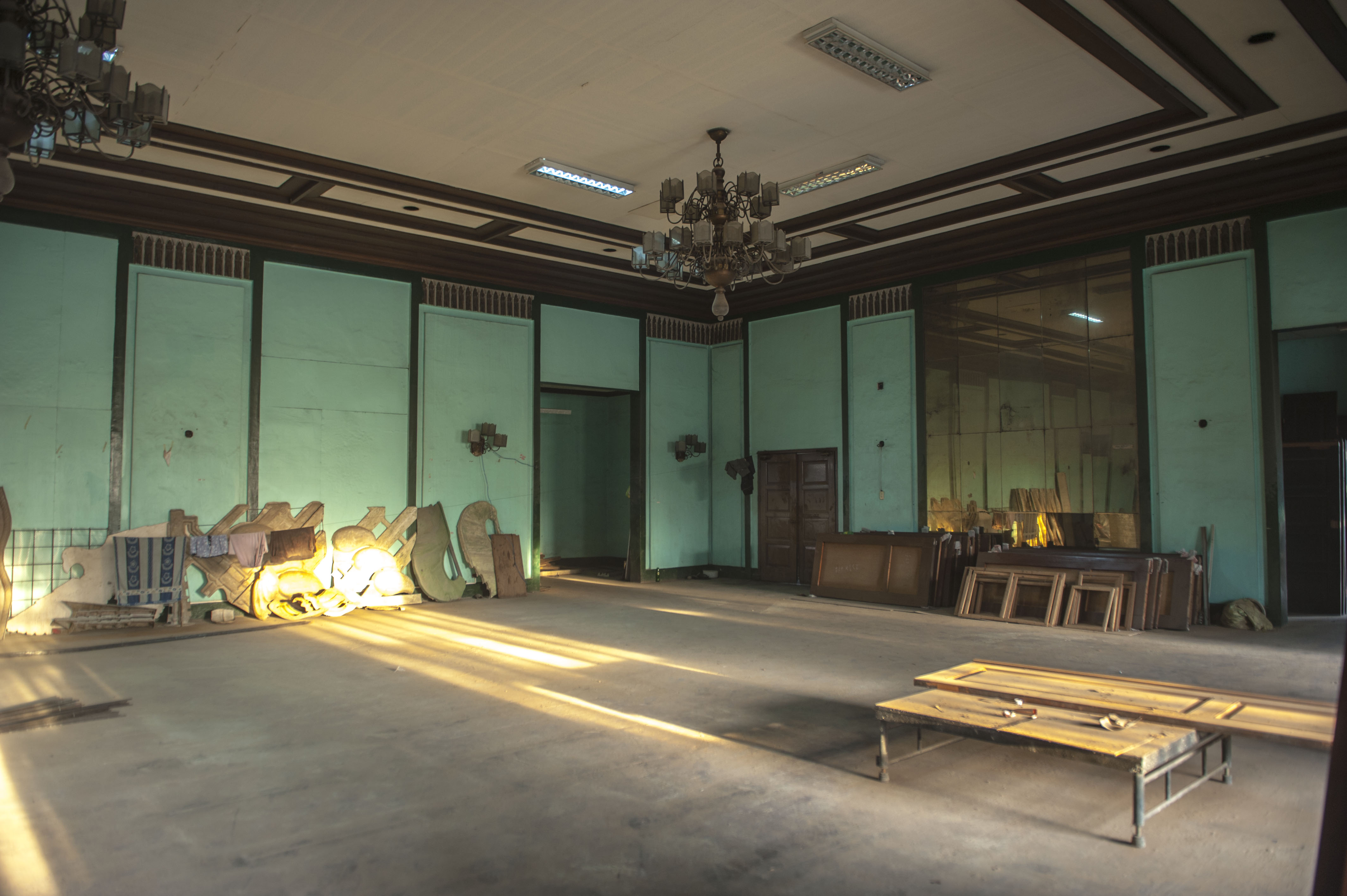 Aside from the brief attempt in the past decade to revive The Met, this restoration is the third time an effort has been undertaken to revive the building and return it to the people as it was originally intended — beautiful, operationally viable, and emblematic of the value Filipino people place on culture and the arts. Let’s hope this revival will be the last for a long while. Only time will tell.

* The text in this post has been summarised and adapted from the National Commission for the Arts’ original work — Metamorphosis: The Metropolitan Theater — which appears in the Metropolitan Colouring Book, 2016

* * The Bureau would like to thank Mr Gerard Lico — professor of architecture at the University of the Philippines and head of the restoration and conservation project of The Met —  for granting permission for entry to the site.