Let’s be honest. Beyond the Filipino community, Filipino cuisine doesn’t have the healthiest of reputations. Gripes level it as stodgy, fried and lacking of anything close to what might be called a vegetable. And the pork. There’s so much of it. Filipinos worship it.

Indeed, much of the criticism is warranted, especially if dining experiences are limited to the food courts of the many malls dotted throughout the Philippines. You’d be hard-pressed to find anything on menus at MOA (Mall of Asia) that your doctor would give the heart health tick of approval.

Tellingly, Filipino — the official language of the Philippines — doesn’t have an equivalent word for vegetarian in its lexicon; just walang karne which means no meat. Vegetarians and vegans, look away now. 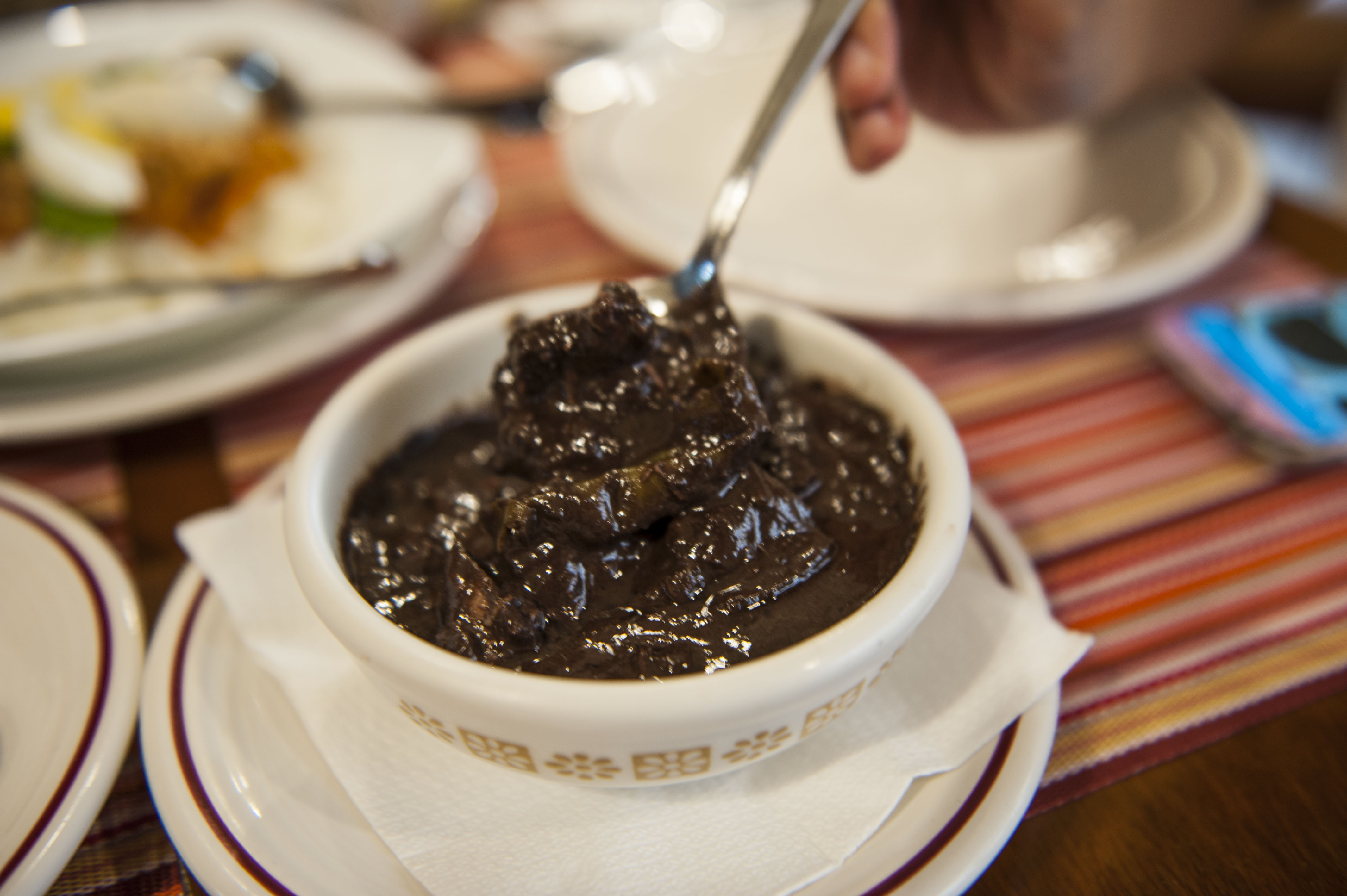 Yet, like most things in life, there are at least two sides to every story. It’s unfortunate that Filipino food receives bad press because away from the malls and fast food joints, it’s very good, particularly when it’s home-cooked. Adobong pusit springs to mind. Every household has a variation of it, but typically it’s baby squid simmered with vinegar, oil, bay leaves, peppercorns and the piece de resistance — squid ink. Delightful. 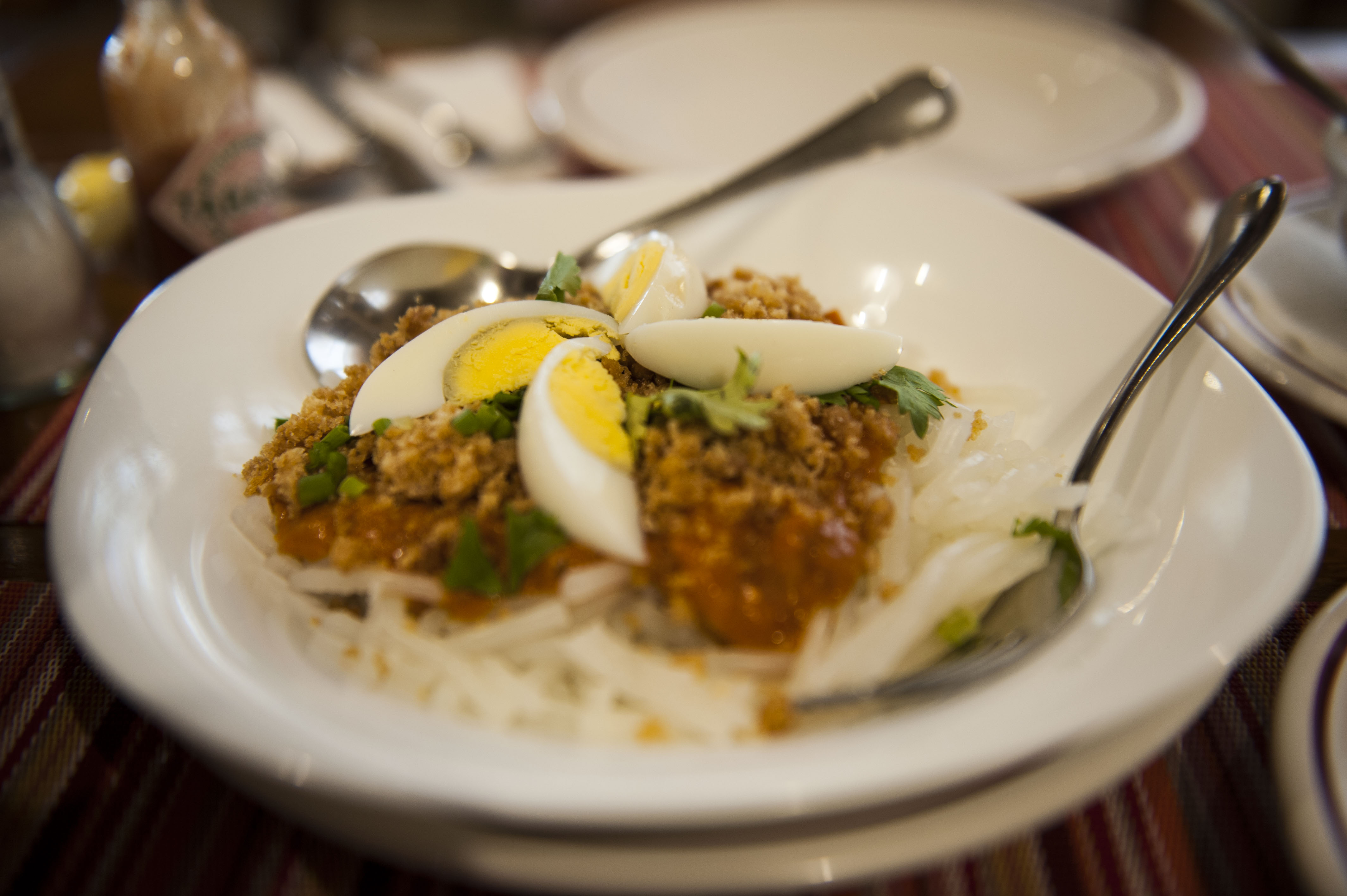 Unfortunately, most travellers to the Philippines don’t get to taste home-cooked Filipino food — favourites like chicken and pork adobo, pancit, freshly-baked pandesal, pinakbet, chicken inasal, pork barbecue, and tocino are just a few of the delights that need to be tried away from the malls. So the next best thing is a visit to a place like Za’s Cafe in the central district of Ermita in Manila where they’ve been serving traditional Filipino home-cooked favourites for decades. 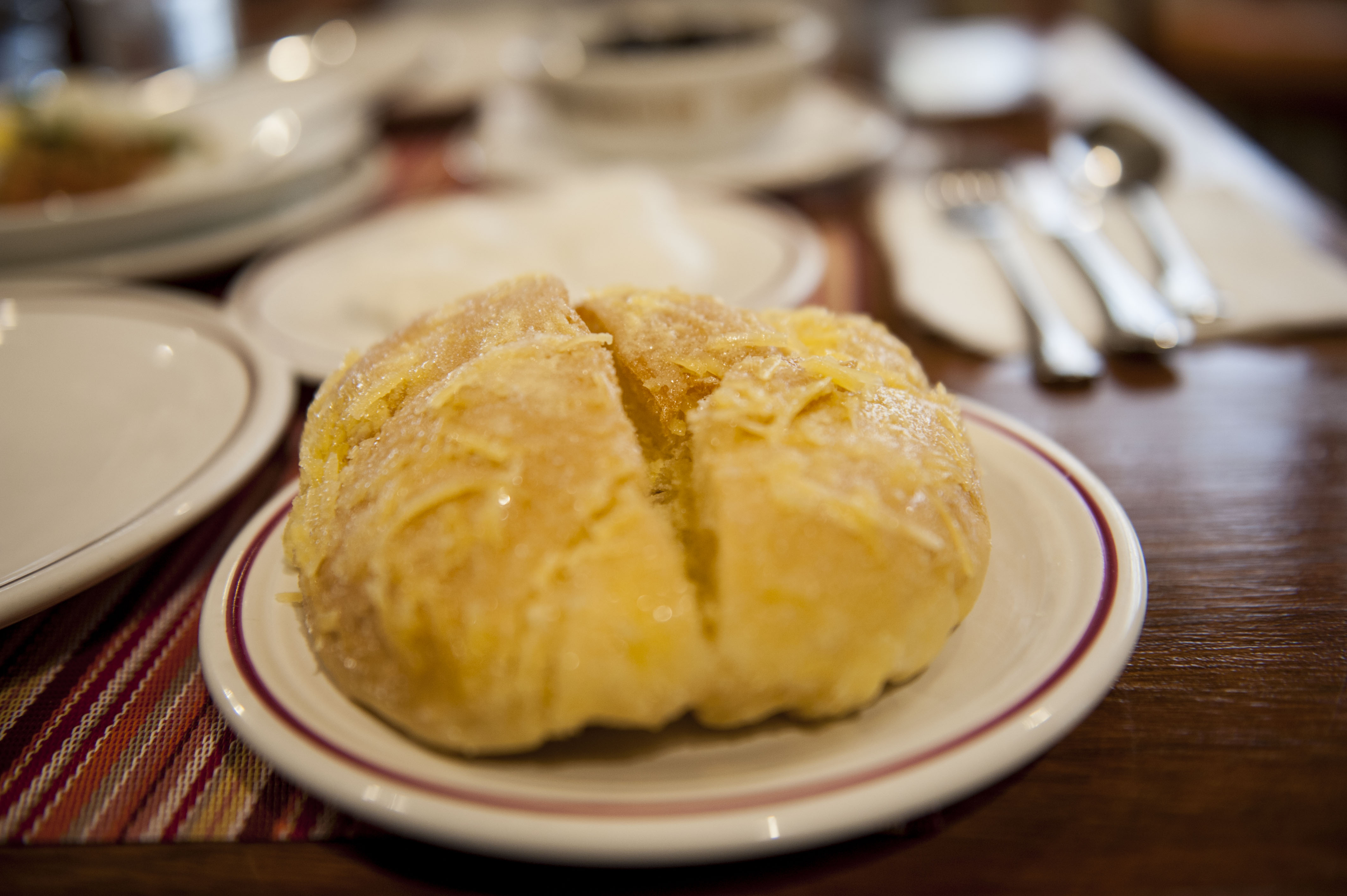 For many Filipinos who grew up in Manila, a visit to Za’s Cafe and Hizon’s Bakery is not just where they can get their hands on Hizon’s famous ensaymada — a sweet bread usually with a mild cheese (Edam or queso de bola in the Philippines) on top (pictured above) — it’s also a trip down memory lane. Everyone in the Philippine capital knows it. 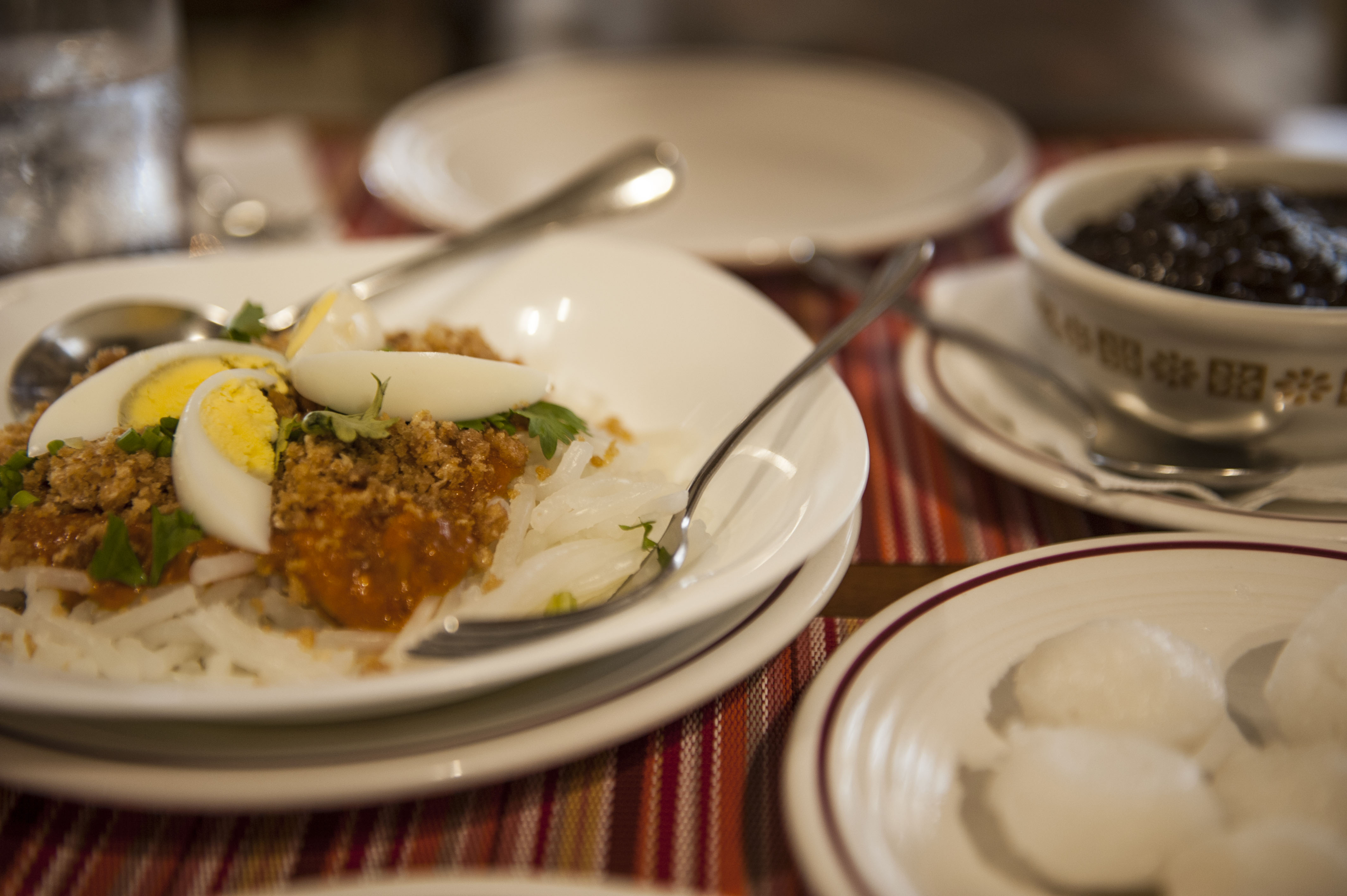 The history of Za’s Cafe and Hizon’s Bakery reads much like a Gabriel Garcia-Marquez novel. While the Nobel laureate in literature crafted fictional characters and tales, the story of Za’s Cafe is very much real. The story goes something like this…

Lola Sesing — otherwise known as Inocencia Hizon-Ramos — founded Hizon’s Bakery with her sister Paz way back in 1946 near the long-gone Globe Theatre, before moving to its current location along J. Bacobo Street in Malate. It’s here that Za’s Cafe opened alongside Hizon’s in 1961 after Lola, who was a widower for a time, met and later married what some have called an “enterprising gentleman” by the name of Eduardo Zamora who happened to be a trained cook and had the idea to expand the bakeshop into a restaurant. And so the legend was born. 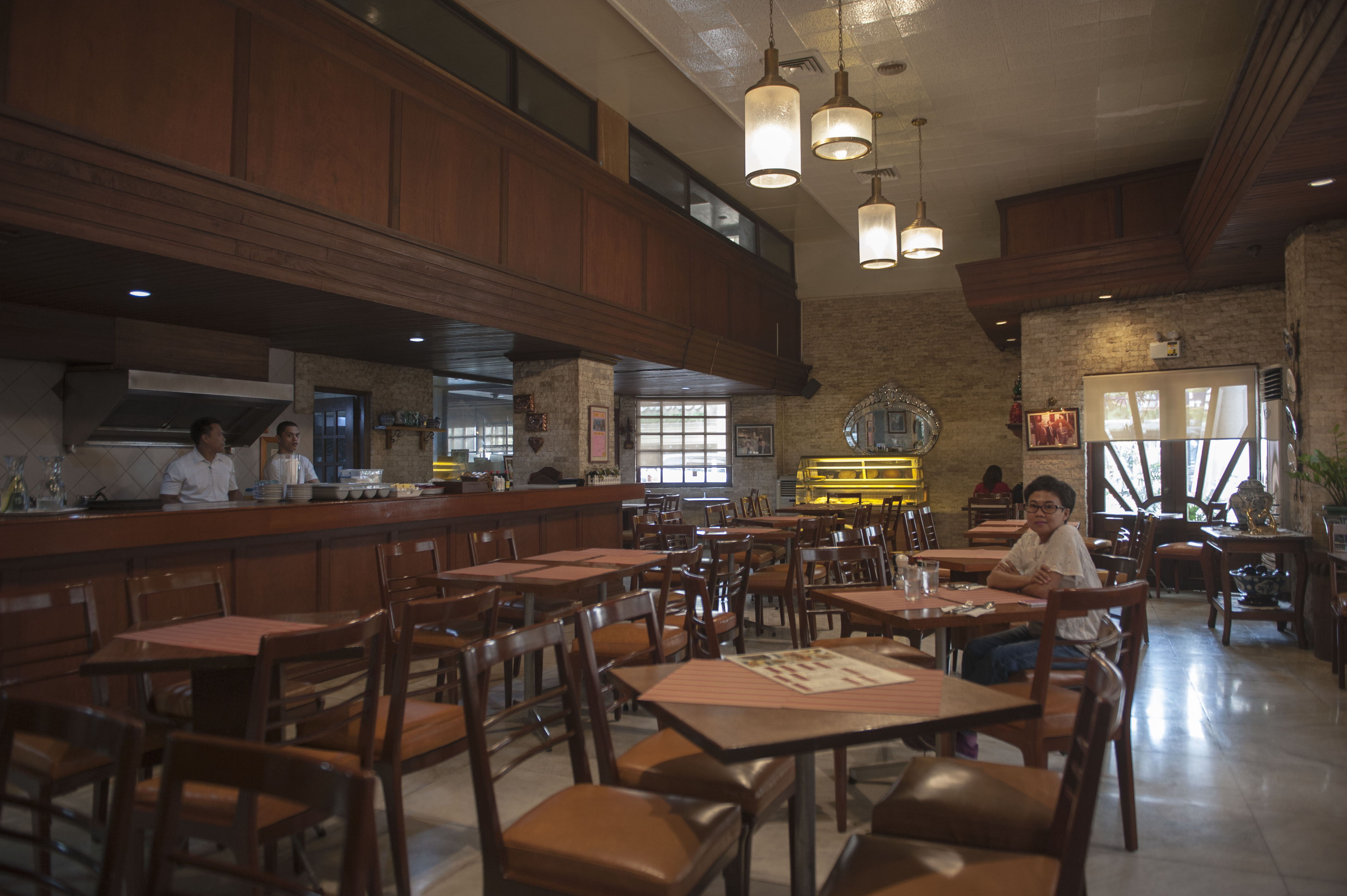 Since then, Za’s and Hizon’s has become an institution in Manila, a place put on the culinary map by household names like the Philippines’ comedy king ‘Dolphy’ who made his name during the golden-age of Philippine cinema and vaudeville during World War 2 and onwards. Dolphy is said to have dined here on a regular basis along with other celebrities, politicians (ex-president Noynoy Aquino) and Manila’s elite. Dolphy’s favourite was Hizon’s buttery ensaymada which is still sold today. 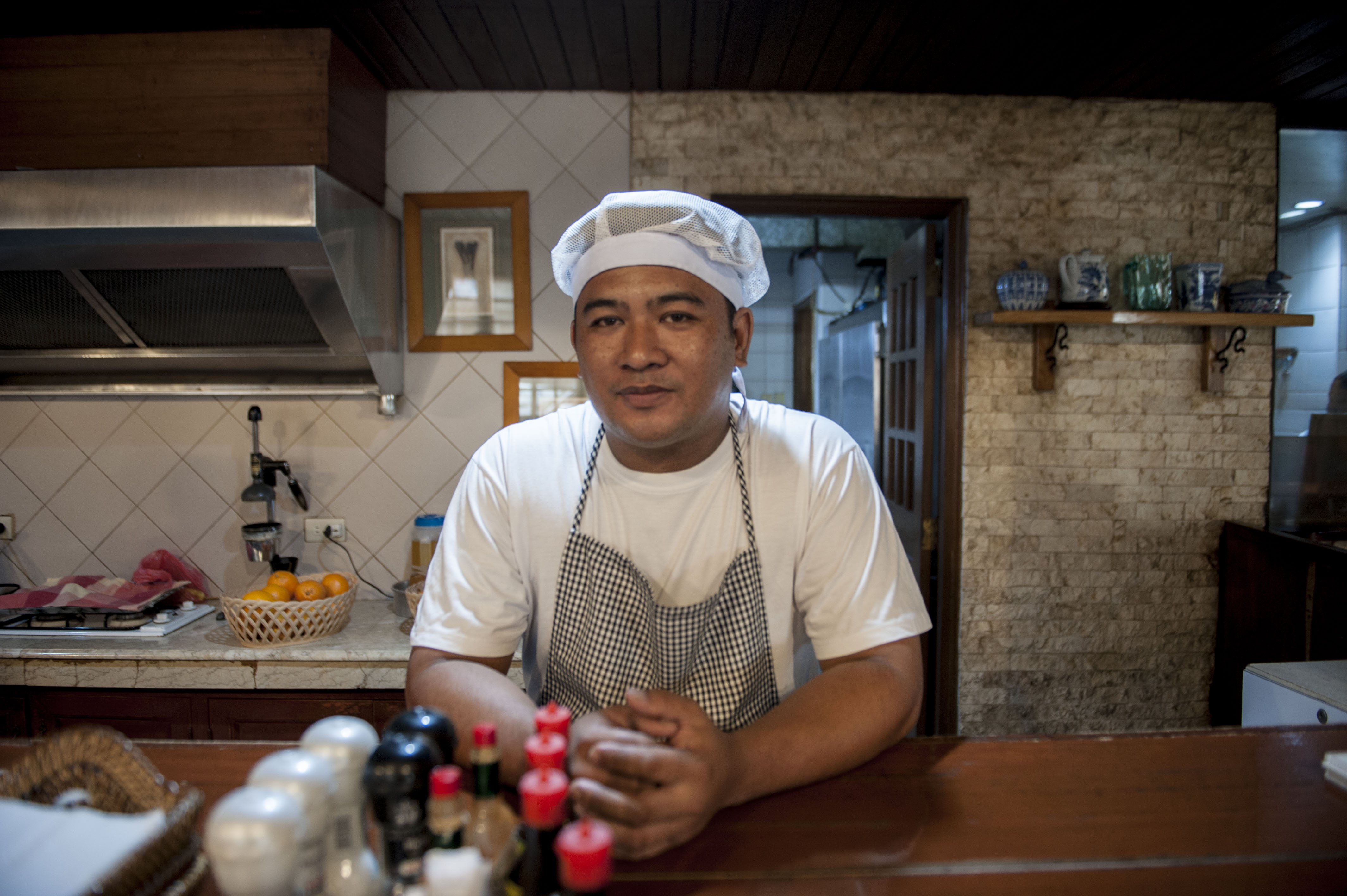 Nowadays, while the neighbourhood Za’s and Hizon’s is in continues to fall into various states of disrepair and is home to many of the city’s jobless and homeless, it’s comforting to know — even as a non-Filipino — that there are pockets of Manila’s golden age still alive and thriving. It’s hard not to sense the nostalgia as you walk in through the front doors into the small bakery and then into the much larger cafe to the left. What greets you is a time capsule of what old Manila once was. 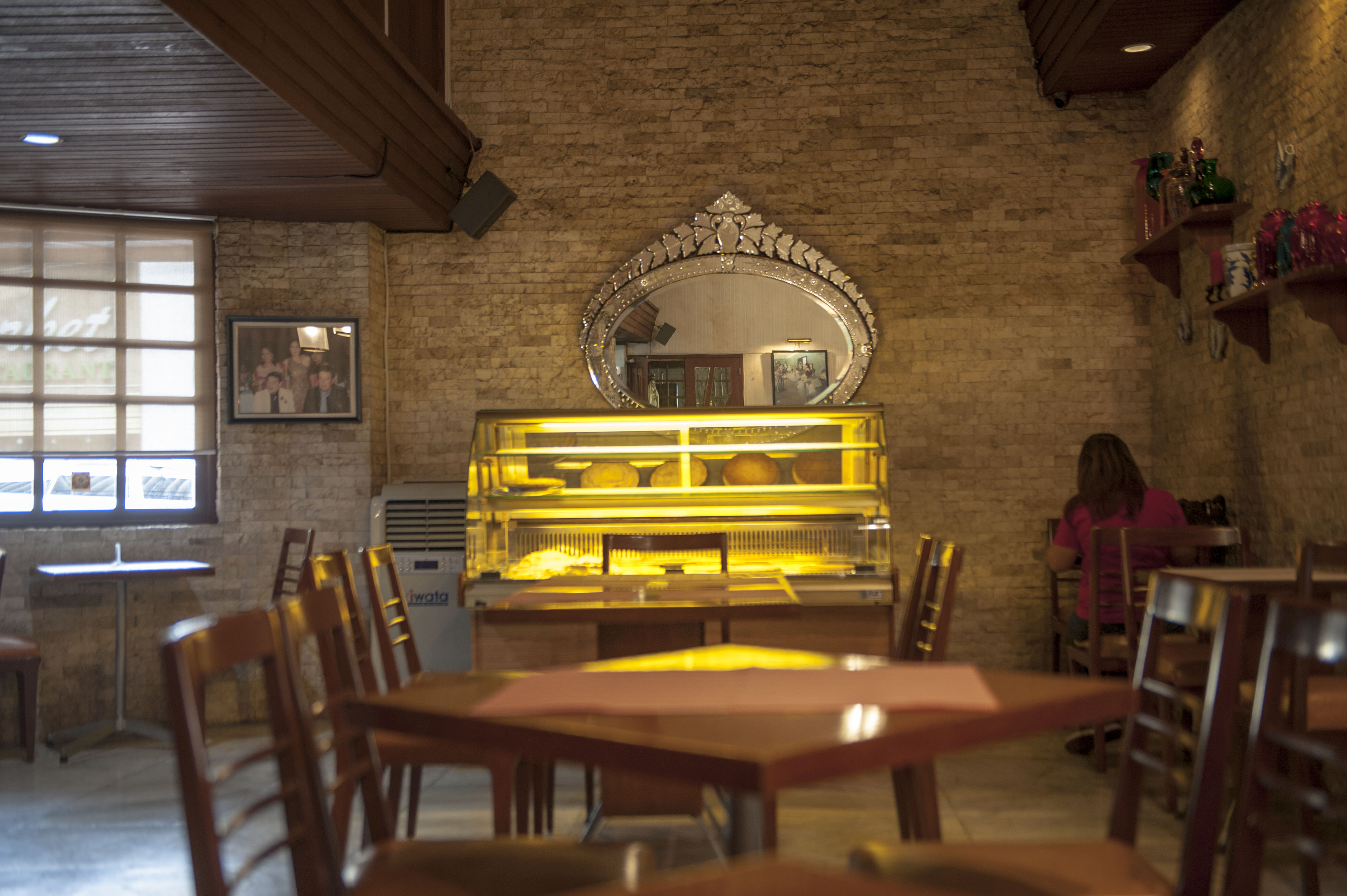 The only advice you need to heed here is to breathe it all in and try some of those home-made favourites that you’ve heard nothing good about. While the dinuguan (top picture) made of pork cooked in pig’s blood and vinegar is for hardcore carnivores who don’t mind rich flavours, there are loads of other options on the menu for timid eaters wanting a more gentle entry into the local flavours, like the pancit palabok (second picture), a noodle dish with shrimp, squid and pork, shrimp paste, and topped with hard-boiled eggs and pork crackling. Everything, of course, comes with unlimited rice. 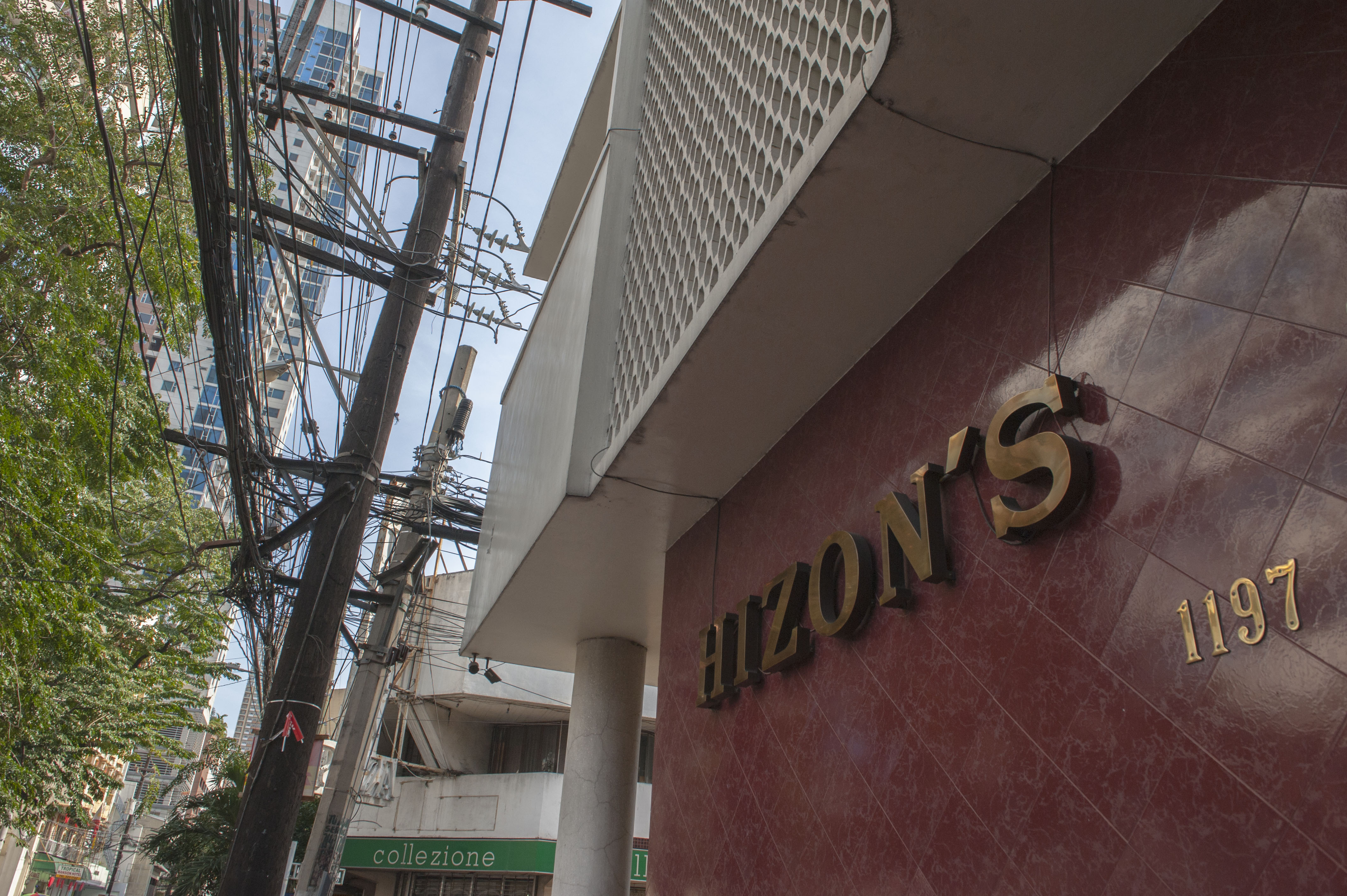