Overnight Hairstyles: Because There Is Life Outside The Hot Rollers

Collectors are an insatiable lot. They don’t rest until they’ve got what they want. Once they’ve got it, the search begins again for the next thing on their list. The same goes for Linh Nguyen, owner of Biker Shield in Ho Chi Minh City’s District 1.

Since starting his vintage motorcycle collection 13 years ago, Linh has accumulated 20 motorcycles manufactured around the world, including in the former USSR which are valuable remnants of the former Communist bloc’s support of North Vietnam during the American War. Every one of them restored almost back to their original condition. 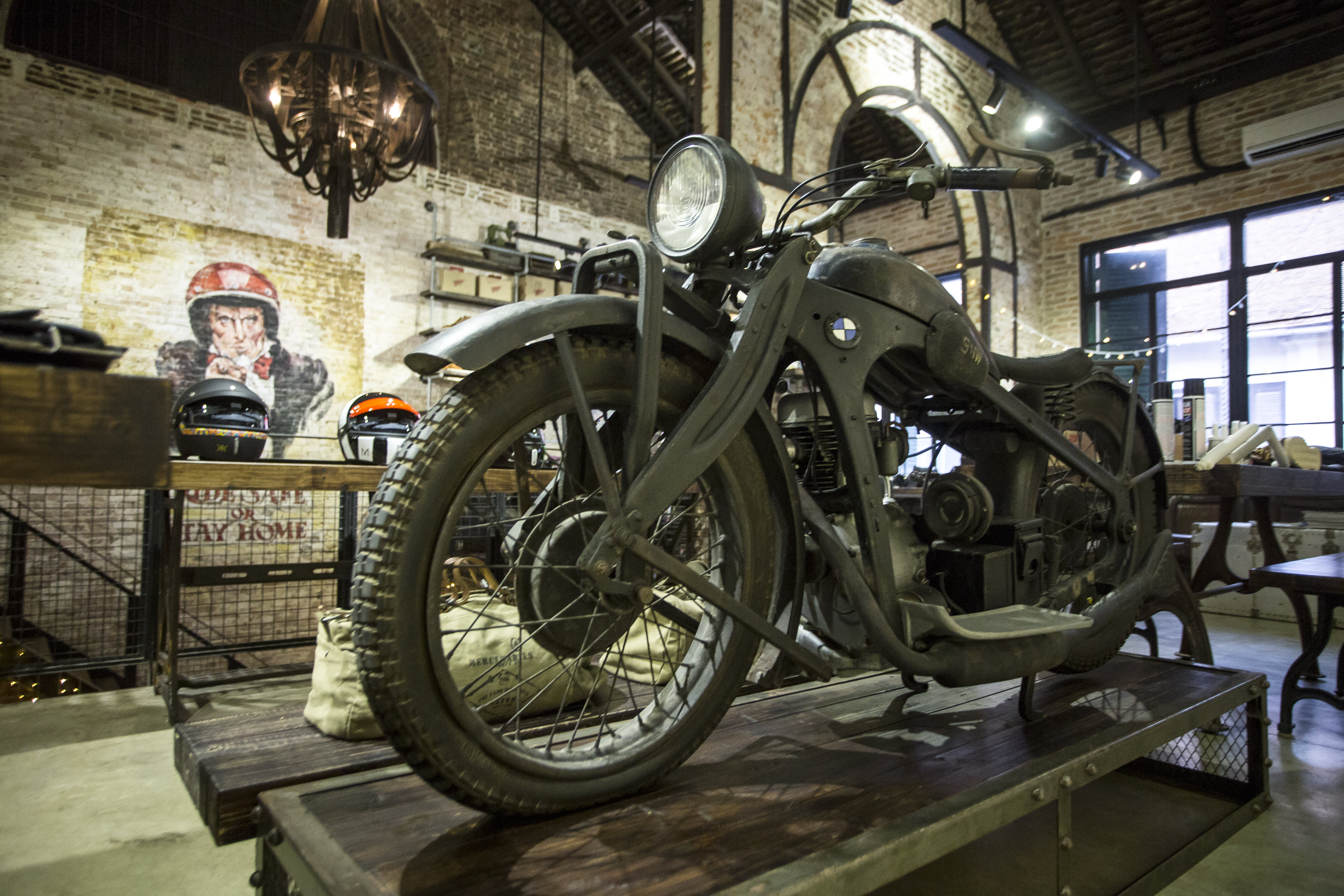 Linh’s introduction to motorcycles is attributed to his father who used to work at Hanoi’s Noi Bai Airport in the 1970s after the war. On the odd weekend he would plonk his young son on the tank of his Czech-made 350cc Jawa and take him to work on it.

“I can remember the Jawa’s colour,” recalls Linh of a childhood memory that planted the seed for his love affair of classic motorcycles. “It was orange with a little bit of red. And the smoke. Because it had a two-stroke engine, it blew a lot of smoke and I’ve carried that memory with me ever since. That is the memory I will always have of that time — the smoke and the sound of that two-stroke engine.” 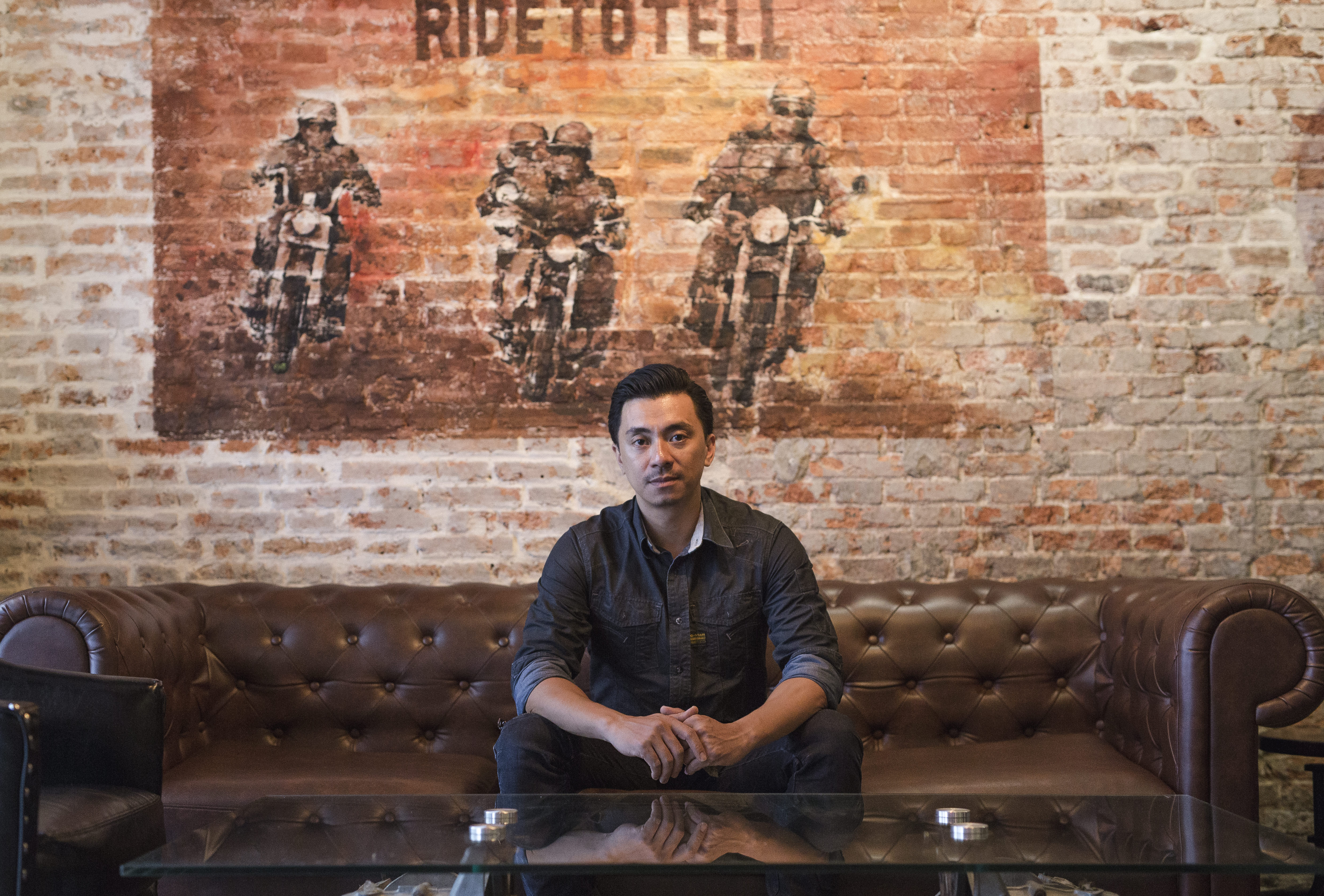 As is often the case, collectors become obsessed with the story behind the item as much as — sometimes more than — the actual thing itself that they spend vast amounts of time and money on pursuing. Linh’s story is no different.

“It not enough to be beautiful, original and rare,” says Linh. “It has to tell a story.” 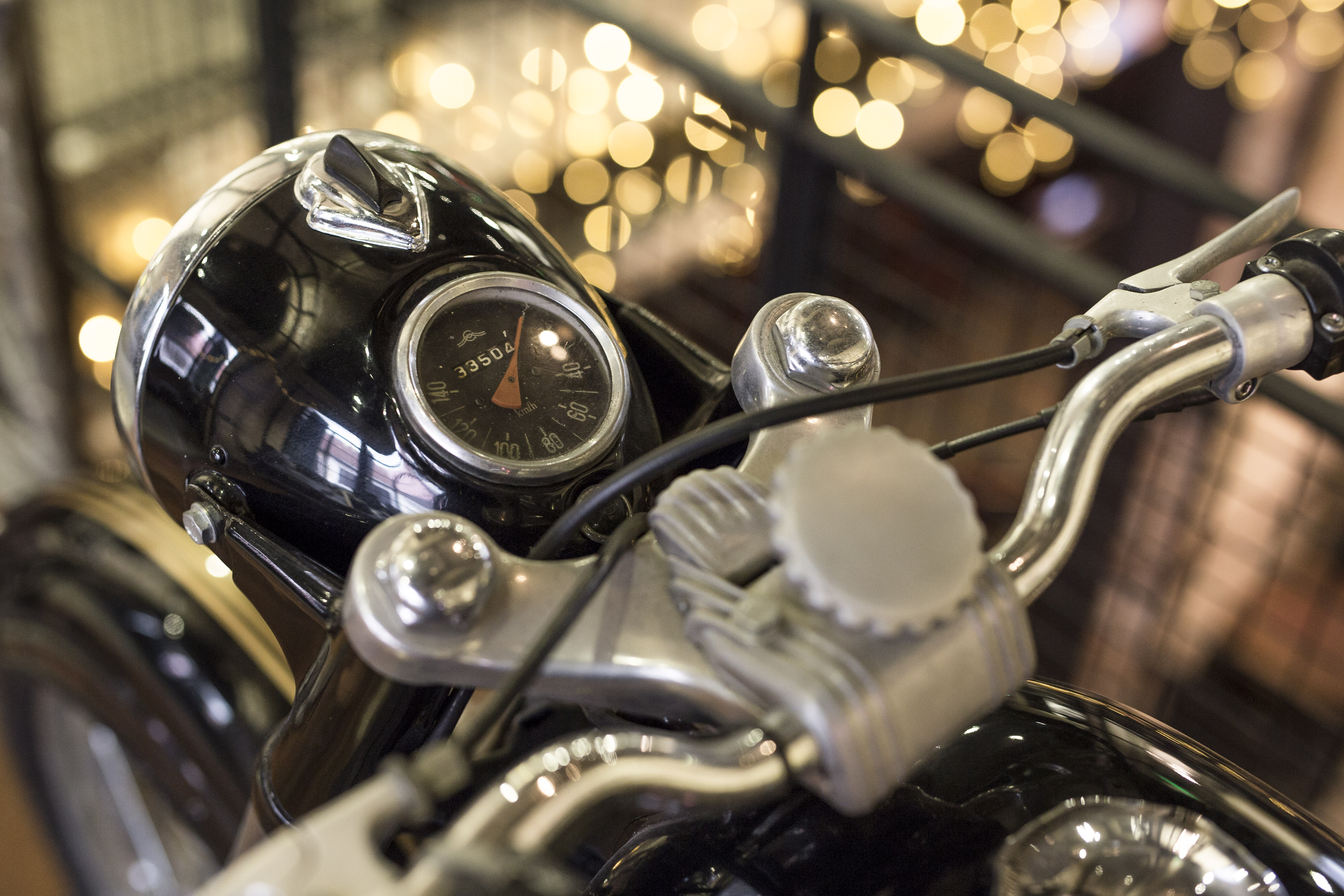 Indeed all of Linh’s motorcycles do tell a story.

The Ural, for example, with its trademark sidecar and its origins linked to the eastern front during World War 2 after the Soviet Union acquired the design and production techniques for BMW motorcycles from the Nazis, was prevalent in and around Hanoi at the time. As were Dnepr (pronounced neeper) motorcycles, named after one of the major rivers of Europe that flows through Kiev in Ukraine, along with Izh motorcycles from the same maker of the AK-47, or Kalashnikov rifle, that for a time enjoyed the same reputation as the AK-47 for its reliability in harsh conditions. Linh has one of these bikes on display on the ground floor of Biker Shield. 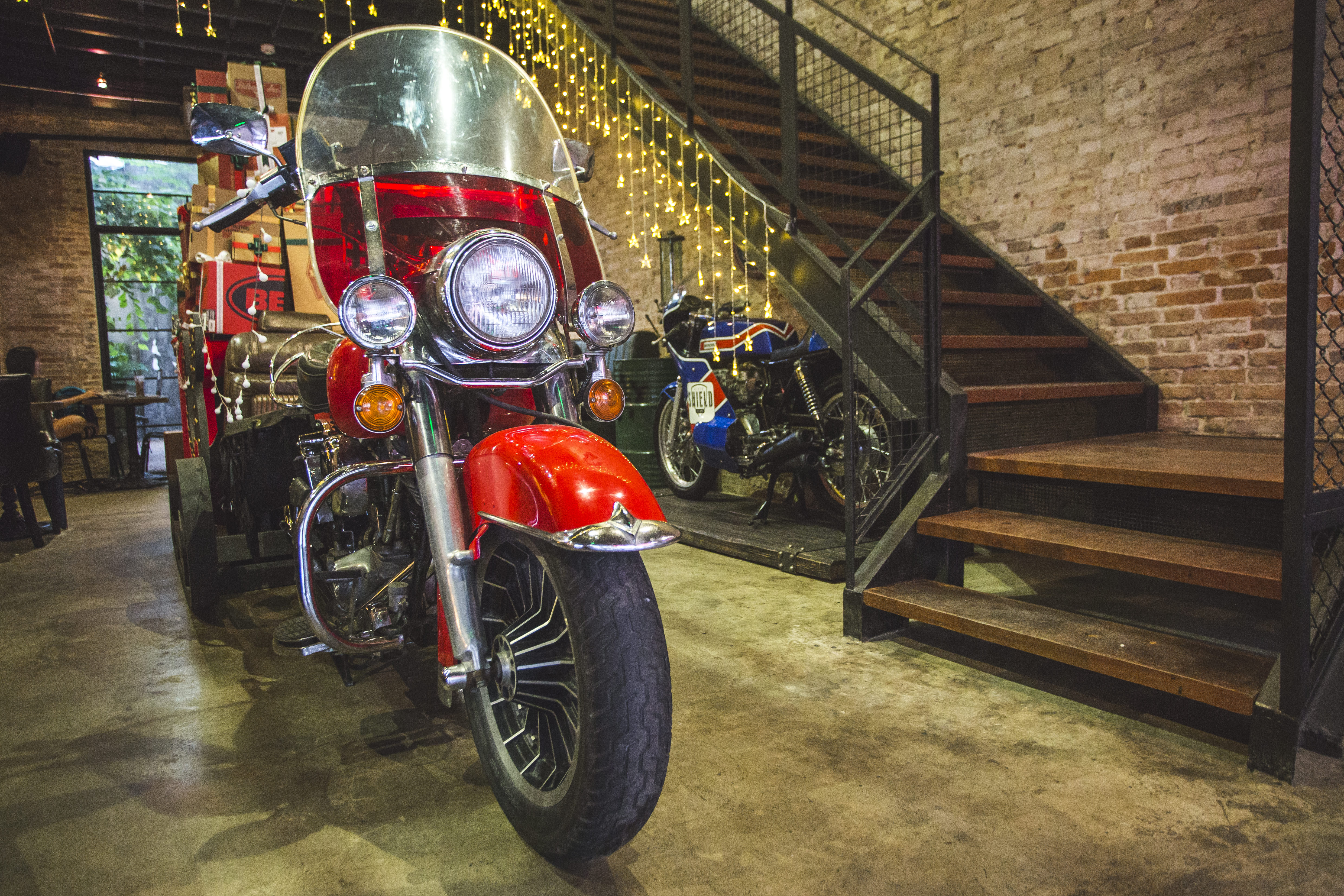 While Linh has built a collection that is arguably the most impressive in Vietnam over a relatively short period of time, he’s selective.

“If the motorcycle is 100 years old but not a rare make, doesn’t catch my eye or doesn’t have any historic value, then it’s just an old bike and I’m not interested,” he says.

To demonstrate his point, Linh points in the direction of one of the motorcycles on display on the second floor that I now suddenly find myself dying to touch, perhaps even sneaking a quick sit on when he’s not looking.

“That’s a Triumph Werke Nurnberg built in Germany,” he explains. “After 1957, the Triumph factory in Germany closed down and stopped manufacturing them so it’s extremely rare, and as far as I know, I own one of only five left in Vietnam.” 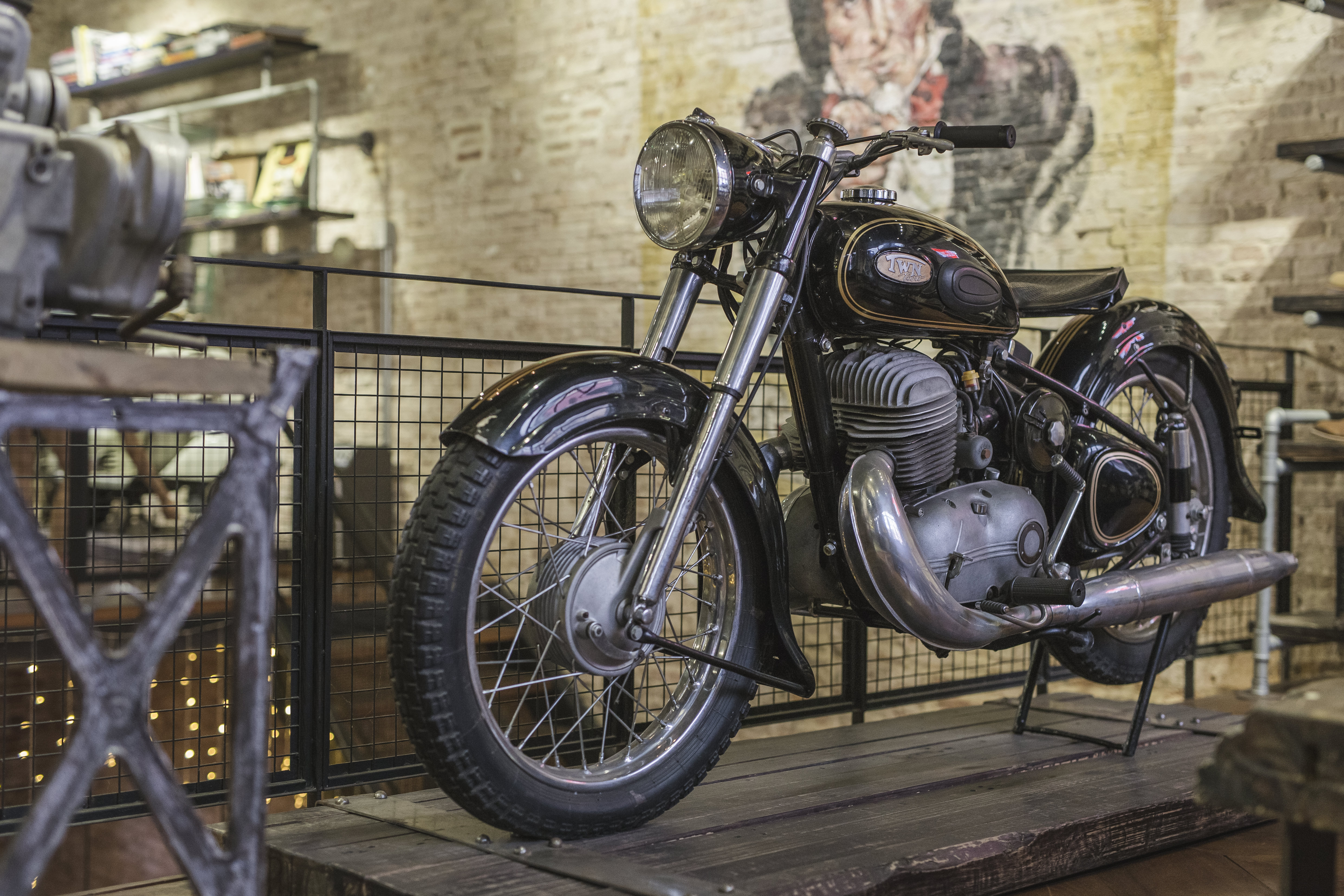 However, the motorcycle in Linh’s collection that perhaps has the most moving story to tell is his Innocenti Lambretta, also on display on the second floor. Linh has been reliably told that it’s the most original Lambretta in Vietnam and has been ridden for just 3,000km. Its first owner was a South Vietnam soldier who was killed during the war and whose family kept it through the 1980s as a keepsake but eventually sold it to a family friend who Linh then acquired it from after a long chase.

“When he handed it over to me, he cried,” says Linh. 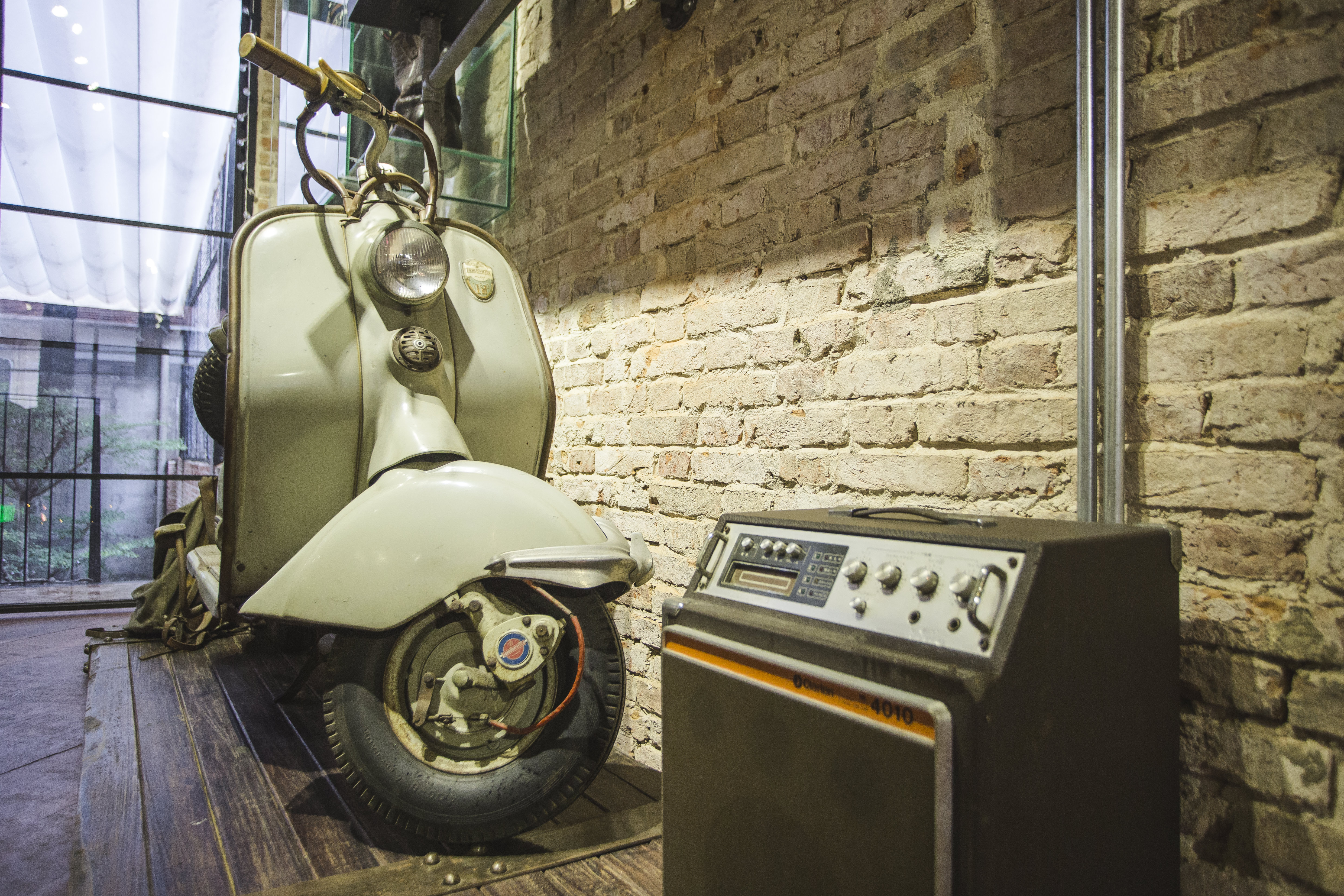 And that just about sums up the lot of the collector. Linh says that he doesn’t sleep for at least three days after acquiring a new addition to his collection, only then can he look over every single detail of the motorcycle to the point where he’s confident he knows every single part of it.

And what has he got on his mind right now?

“I’ve just put a deposit on a 1946 Izh 350 and I’ve just heard that there are some Norton Commandos in the Ukraine still in their boxes from the 1970s that were destined for the United States. That’s what’s on my mind.” 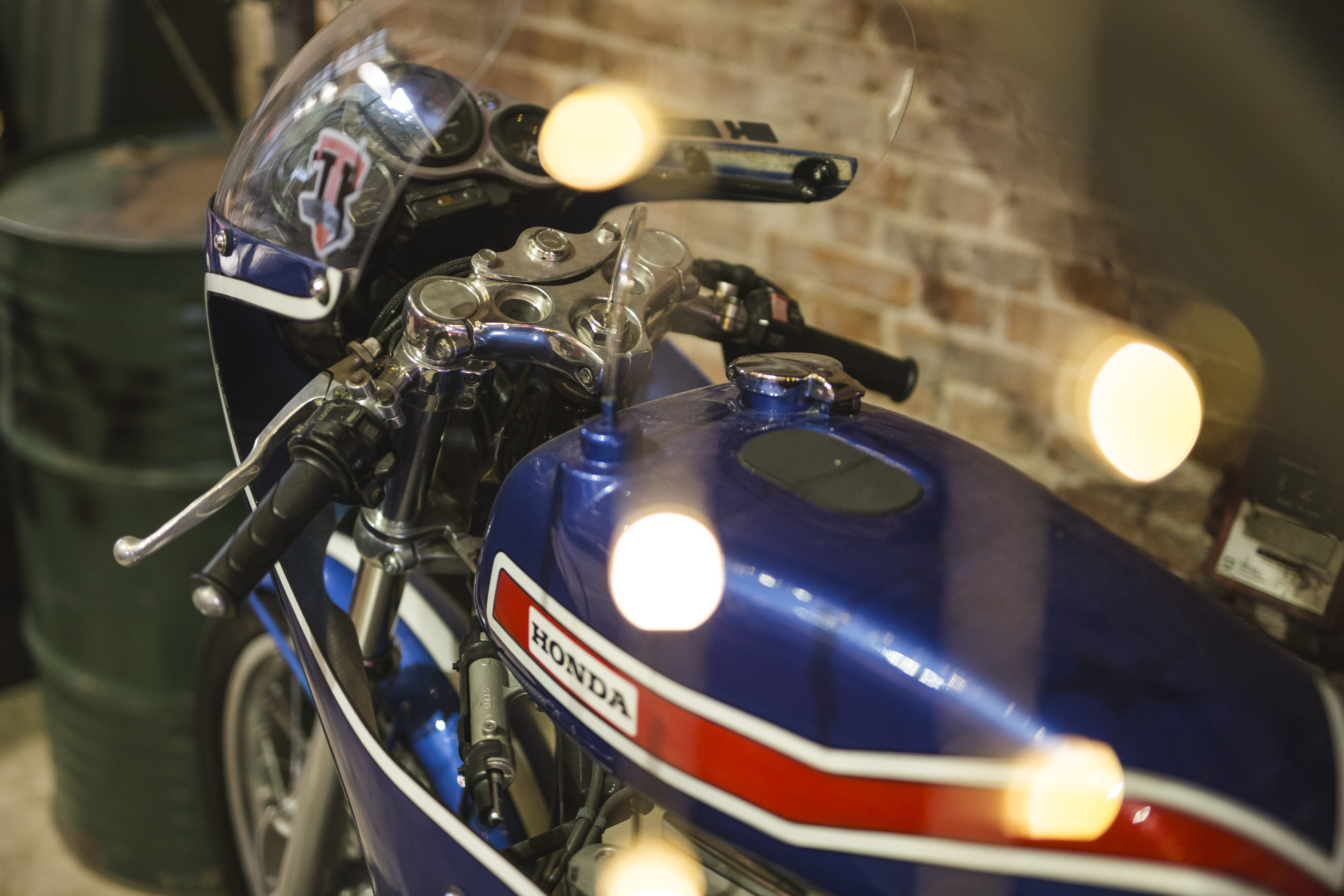 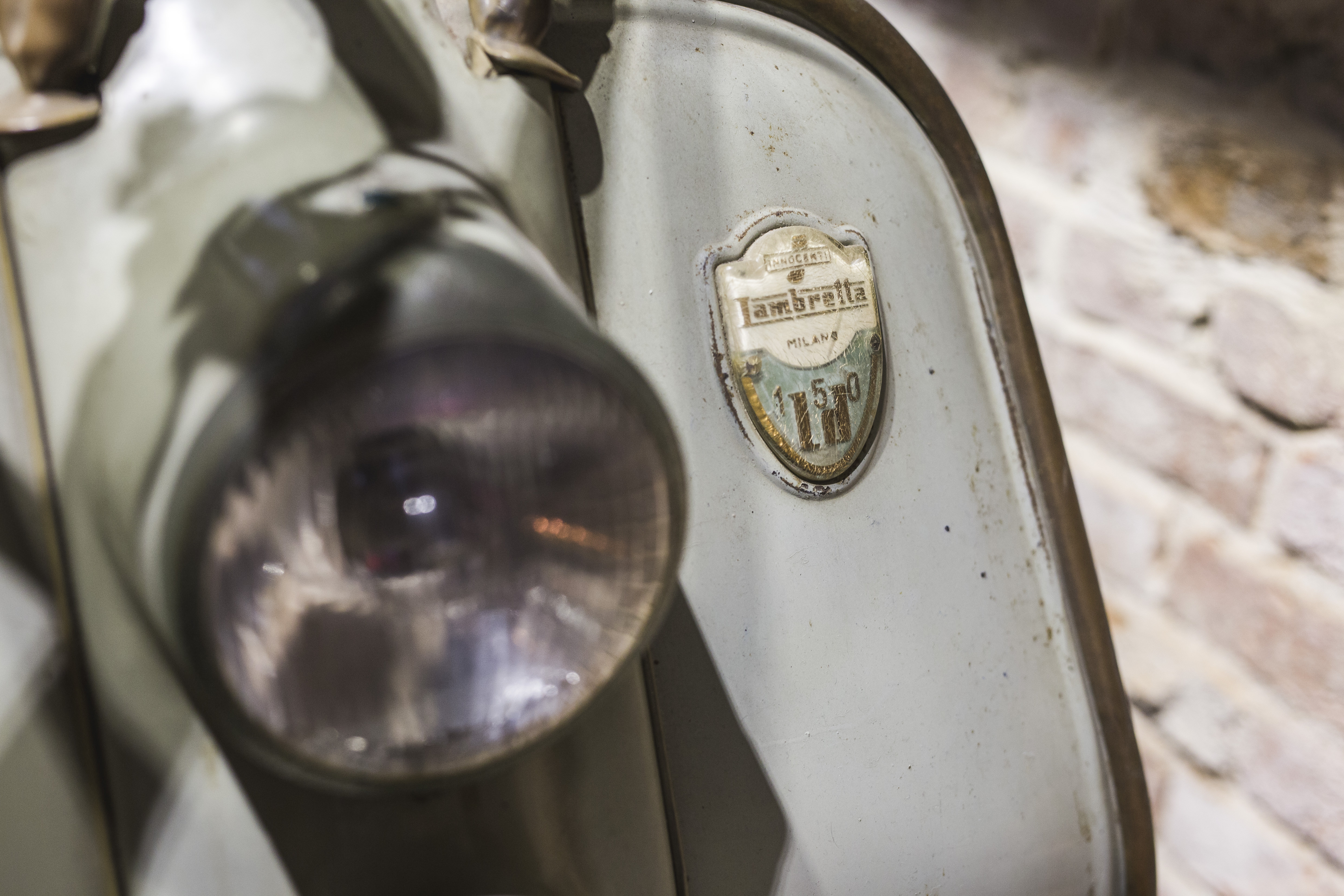 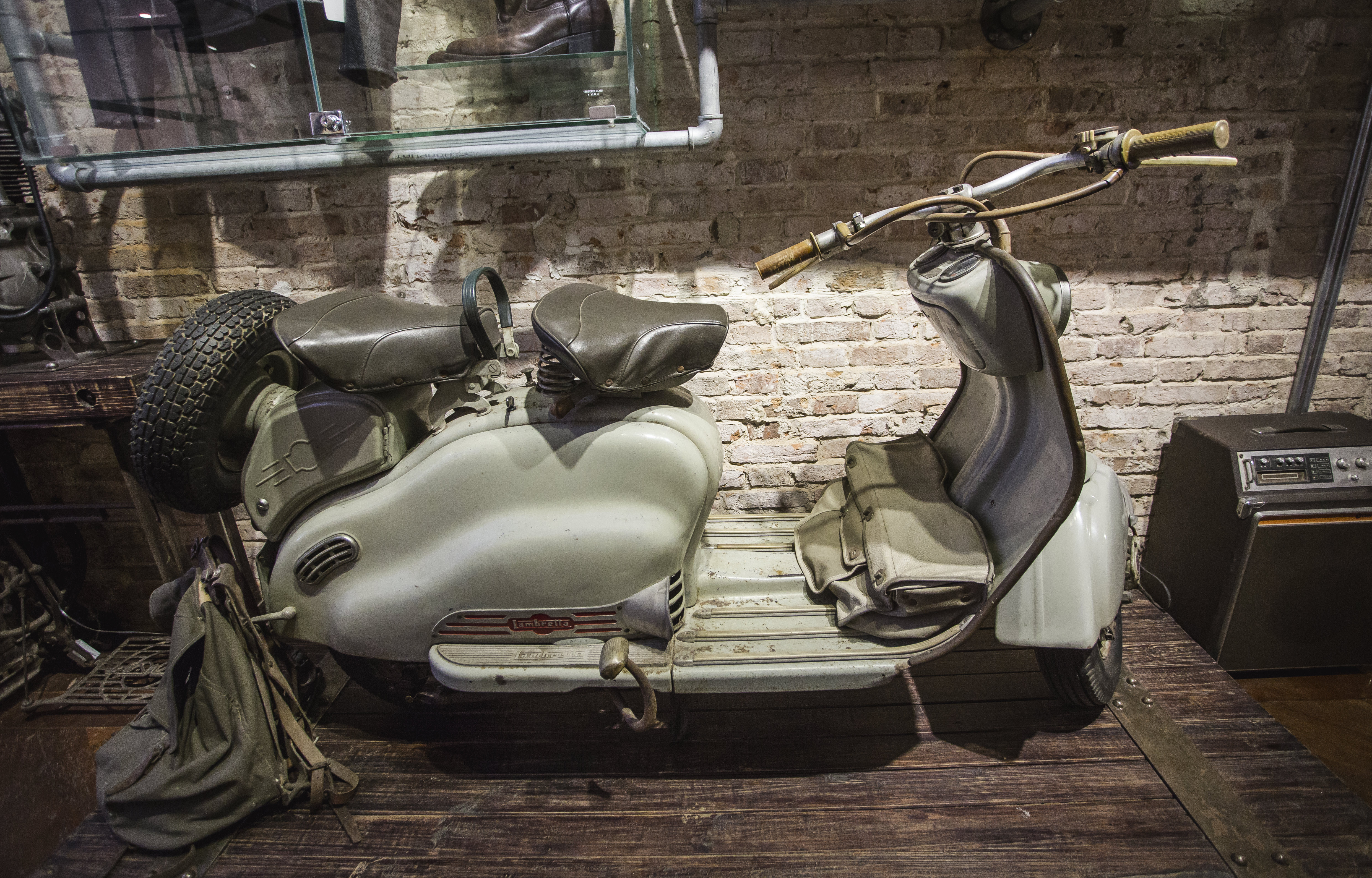 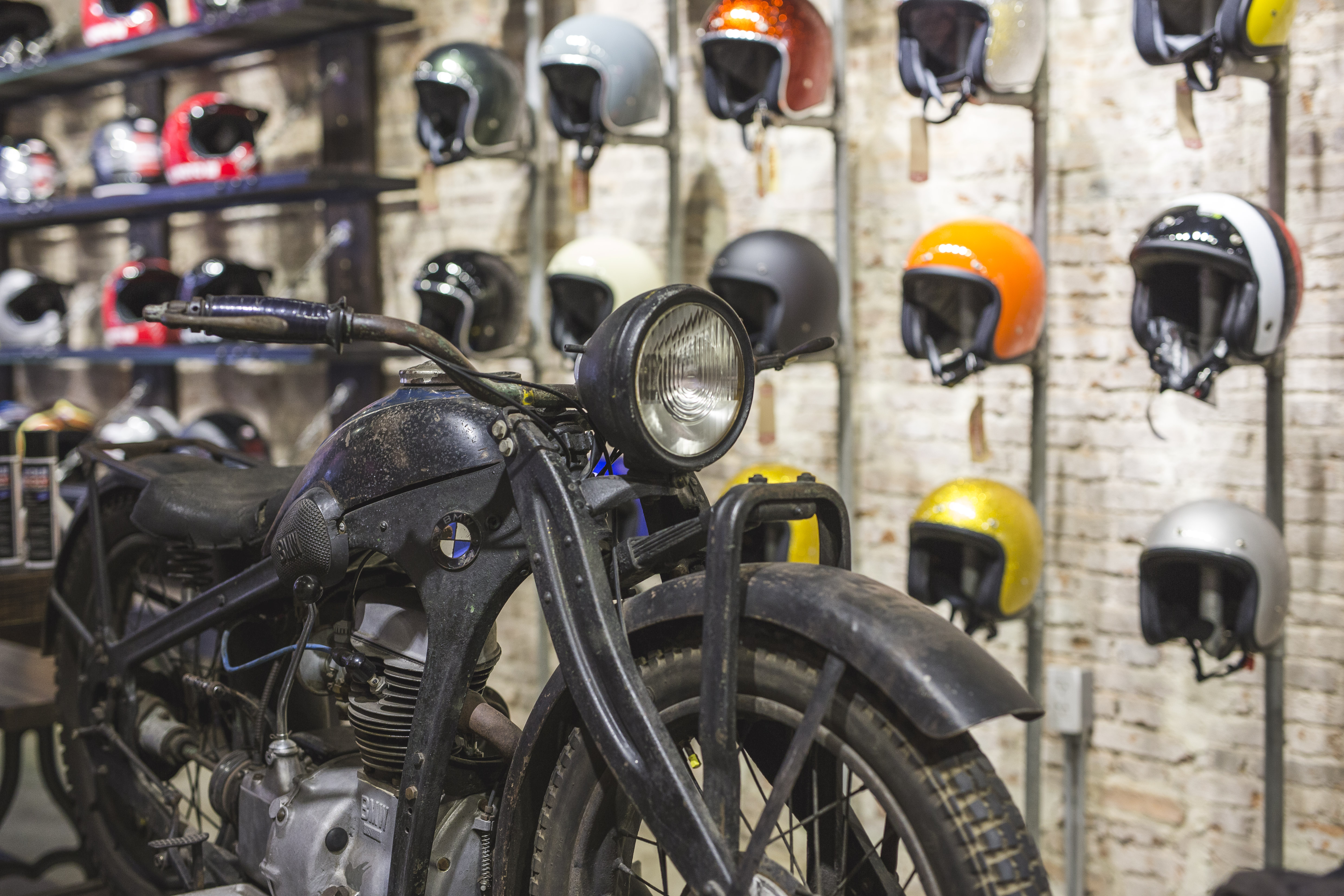 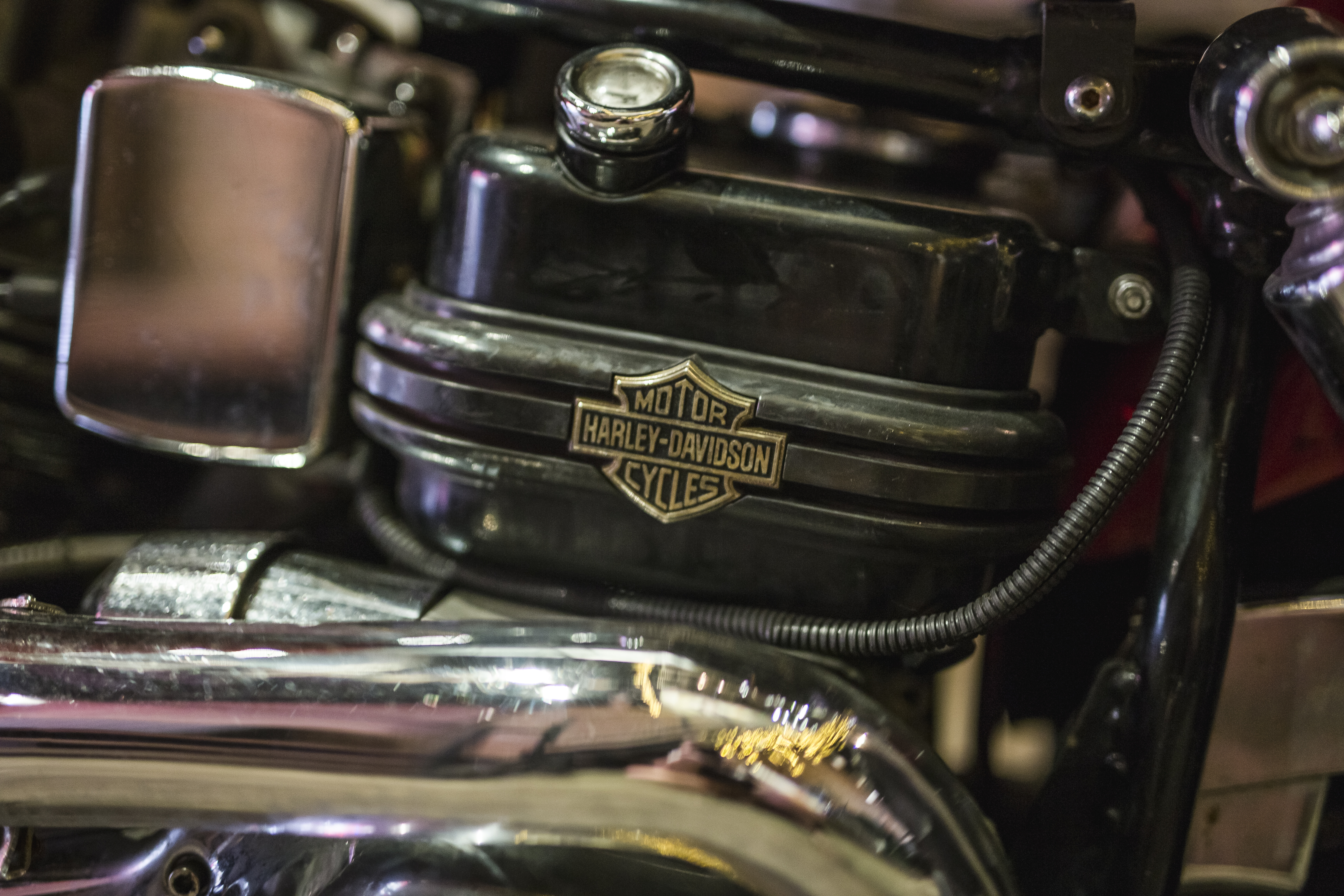 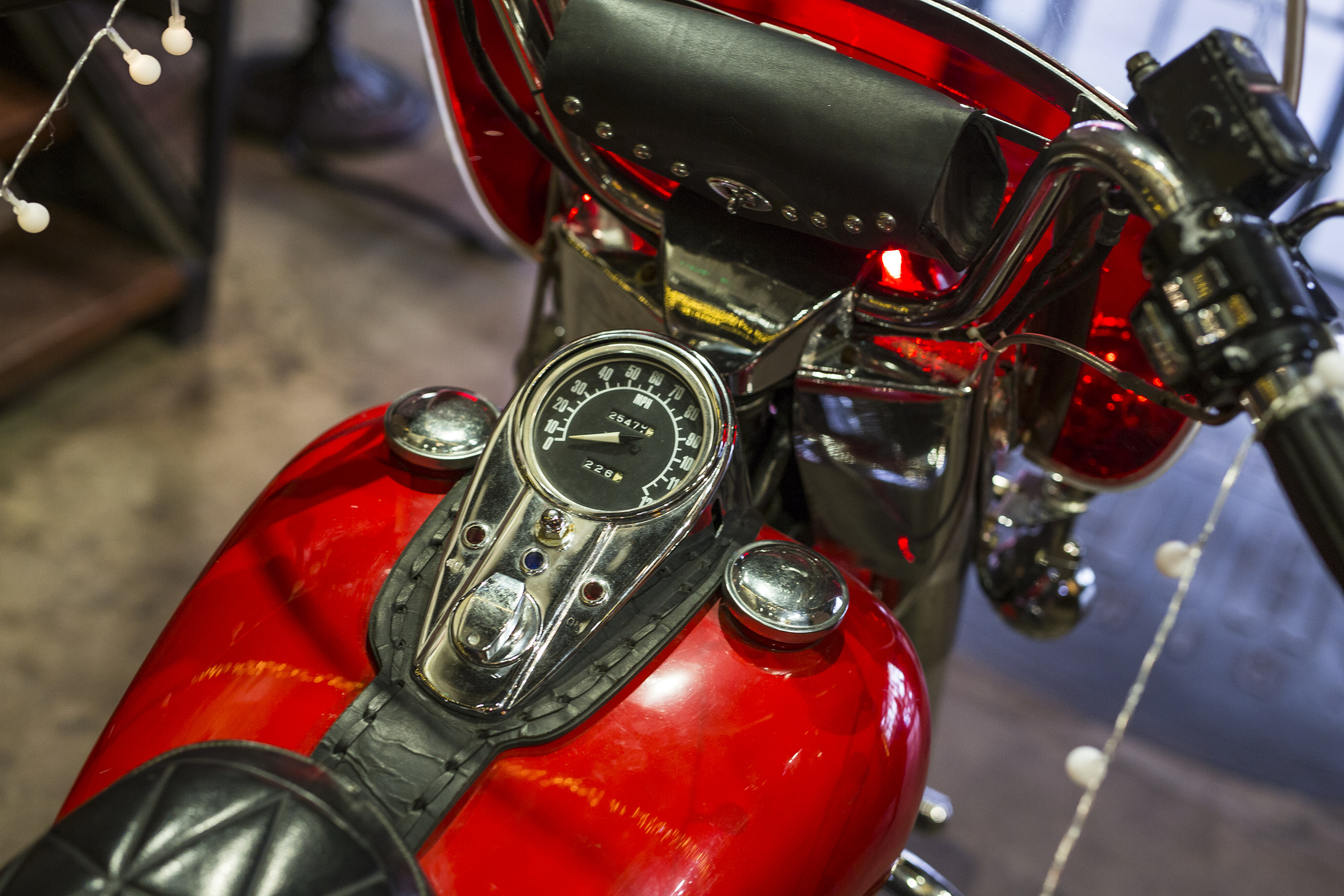 Biker Shield is at 158/10 Nguyen Cong Tru Street, District 1, HCMC and is open daily from 8am to 8pm. For more info, go to facebook.com/bikershield or bikershield.com