At 21, a bright-eyed Danis Nguyen stepped off the overnight bus from Nha Trang to Ho Chi Minh City with just the clothes on his back, enough money for two months rent, and a dream.

By the time he was 27, he’d opened his first tattoo studio called Saigon Ink.

On that first day, Danis recalls the smell. Even at 4am as the city was about to wake, the smell of Ho Chi Minh City’s grit and grime struck him, but he immediately felt a connection with the place.

“I don’t think it felt like home,” says Danis when asked about the connection. “It just felt like my place.” 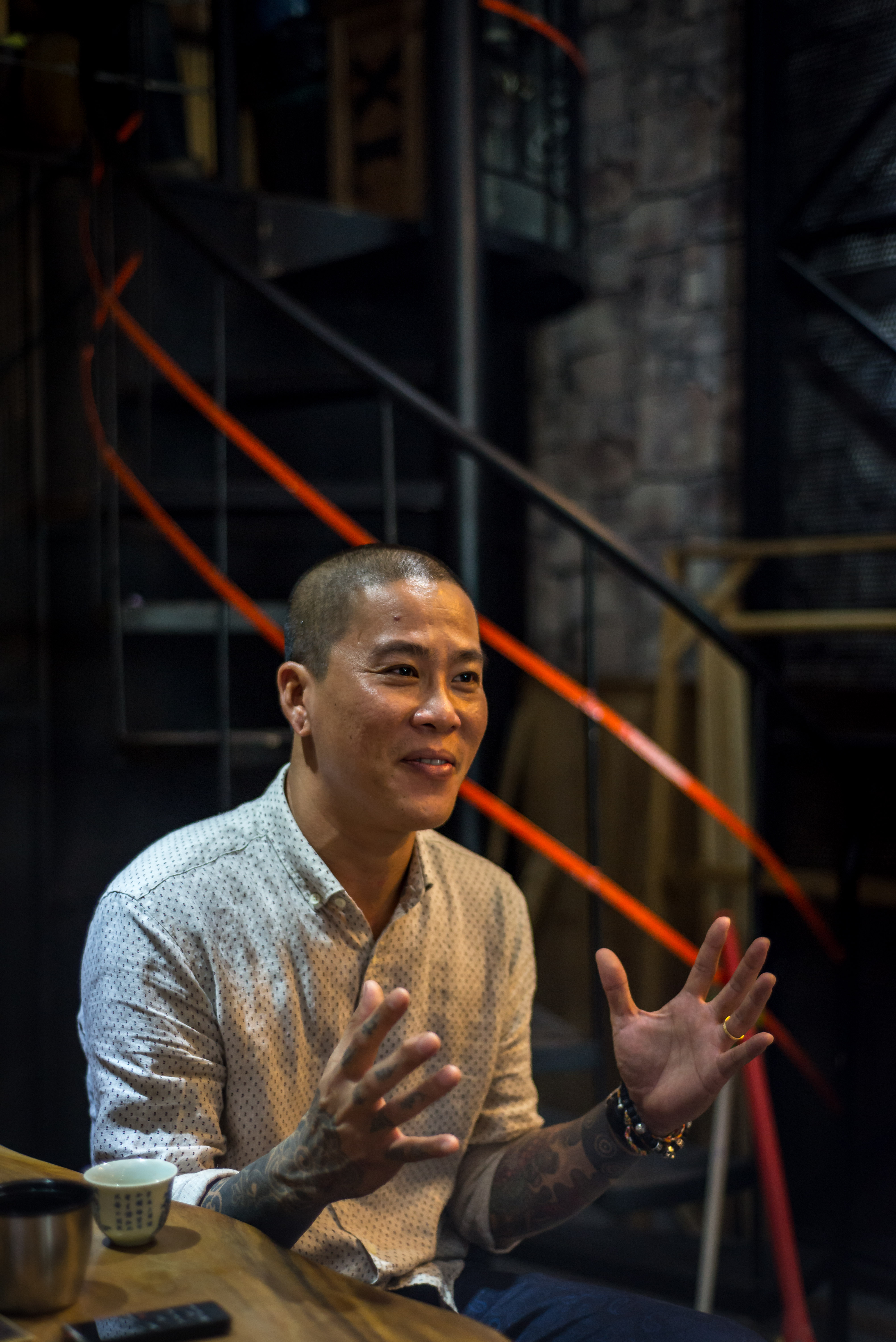 Now almost 40, Danis’ path to success has never been laid out for him; he’s had to find his own way.

He knew for certain at 12 he wanted to be an artist of some kind taking drawing and painting classes and gaining inspiration from the beachside environment of his hometown.

But it wasn’t until he was 16 that his interest in tattoos emerged.

“I saw Guns N’ Roses for the first time and I saw a photo of Slash who had a lot of tattoos,” Danis recalls. “I loved them from then on and I started doing some research. That’s when I knew I wanted to come to Ho Chi Minh City to learn more about art and tattooing.” 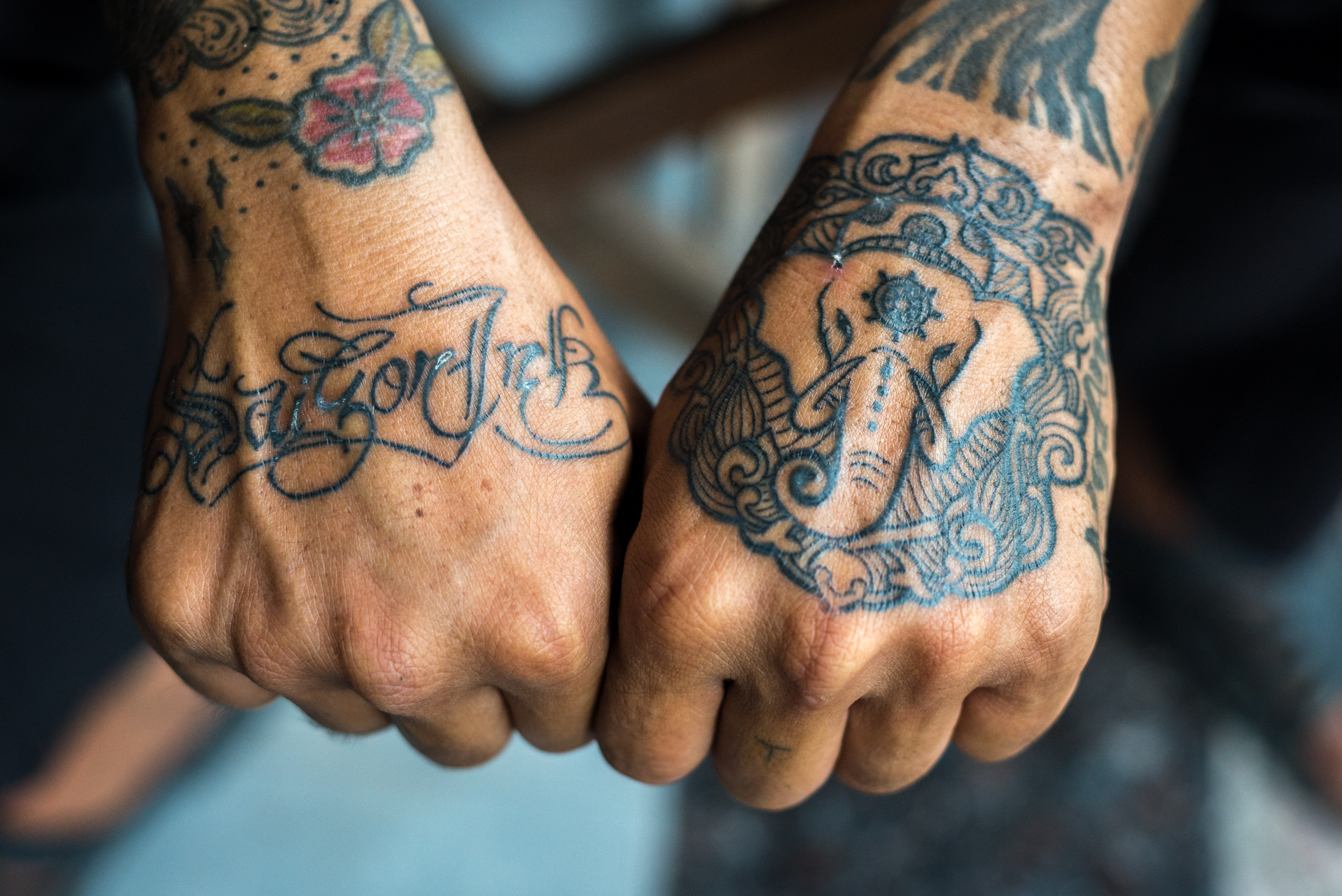 Over time, Danis gained confidence in his tattooing ability thanks to hours of practice on his friends. Eventually he’d put together enough money through various jobs – he once had a job selling powdered milk – and opened Saigon Ink in District 10.

It was by then around 2005 and the prevailing perception of tattoos was still that they were for gangsters. Authorities were quick to act on anyone tattooing, forcing the culture deeper underground.

“Things have changed a lot since then,” says Danis. “I like to think that I’m someone who has changed the image of tattoos in Vietnamese society by encouraging others to look at it as art.” 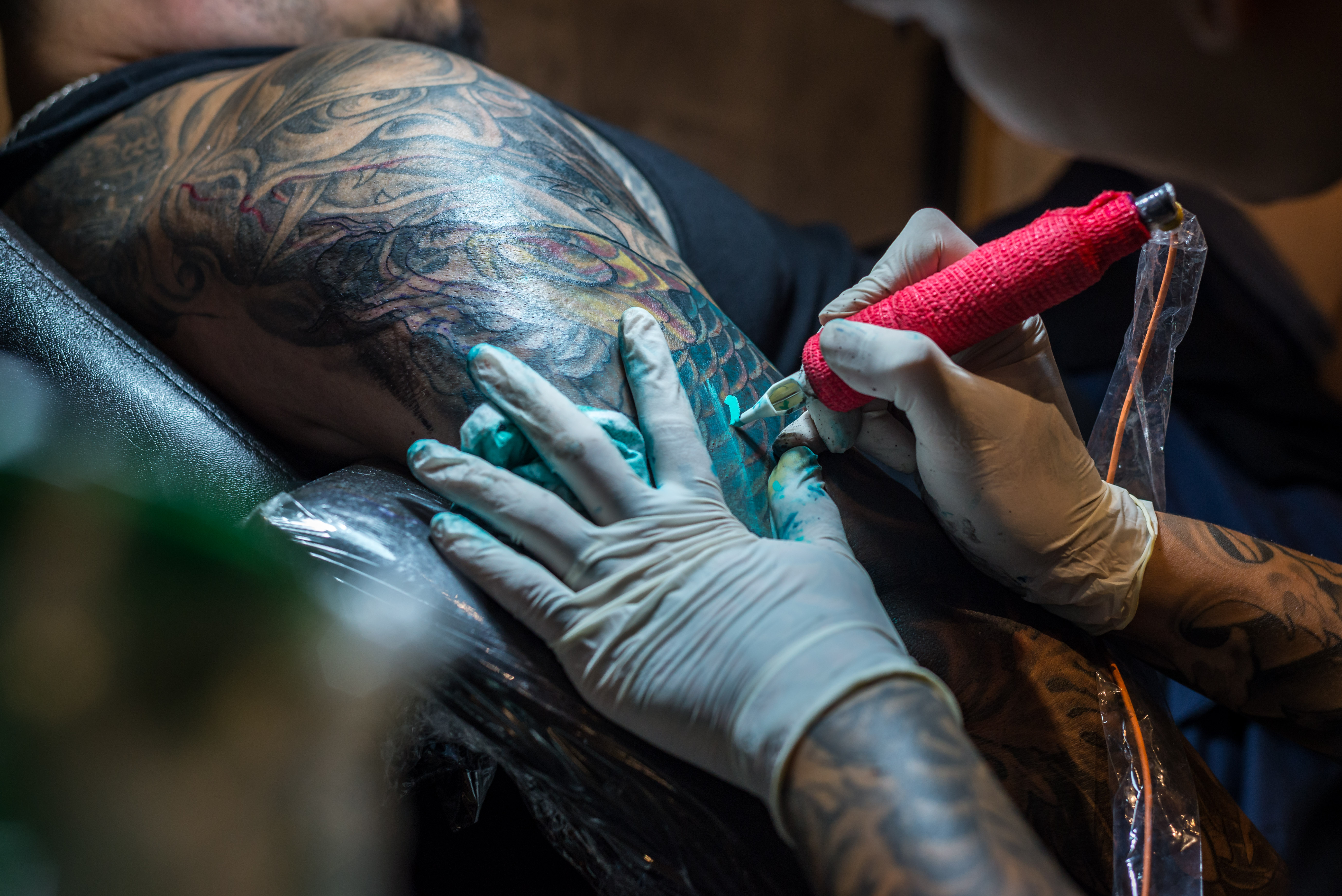 It’s easy to see how Danis can have a positive effect on people.

Amidst his busy schedule of refurbishing his studio and overseeing a business that has 11 artists tattooing full-time, including the four days per week he tattoos, Danis makes the time to sit down and chat about his life.

There’s a calmness about him despite his preoccupation with everything going on around him.

“I meditate and do yoga as a way to ‘detox’,” says Danis. “I’ve been to Nepal and India to study Buddhism, so I’m quite spiritual. It helps me to re-energise.”

Around the time of his travels, Danis went into hiatus and stopped tattooing. He says he “did nothing” for two years except learn how to meditate while he figured out what he was going to do in the next stage of his life.

Eventually he found his way and threw himself straight back into his work. And it’s paid off. 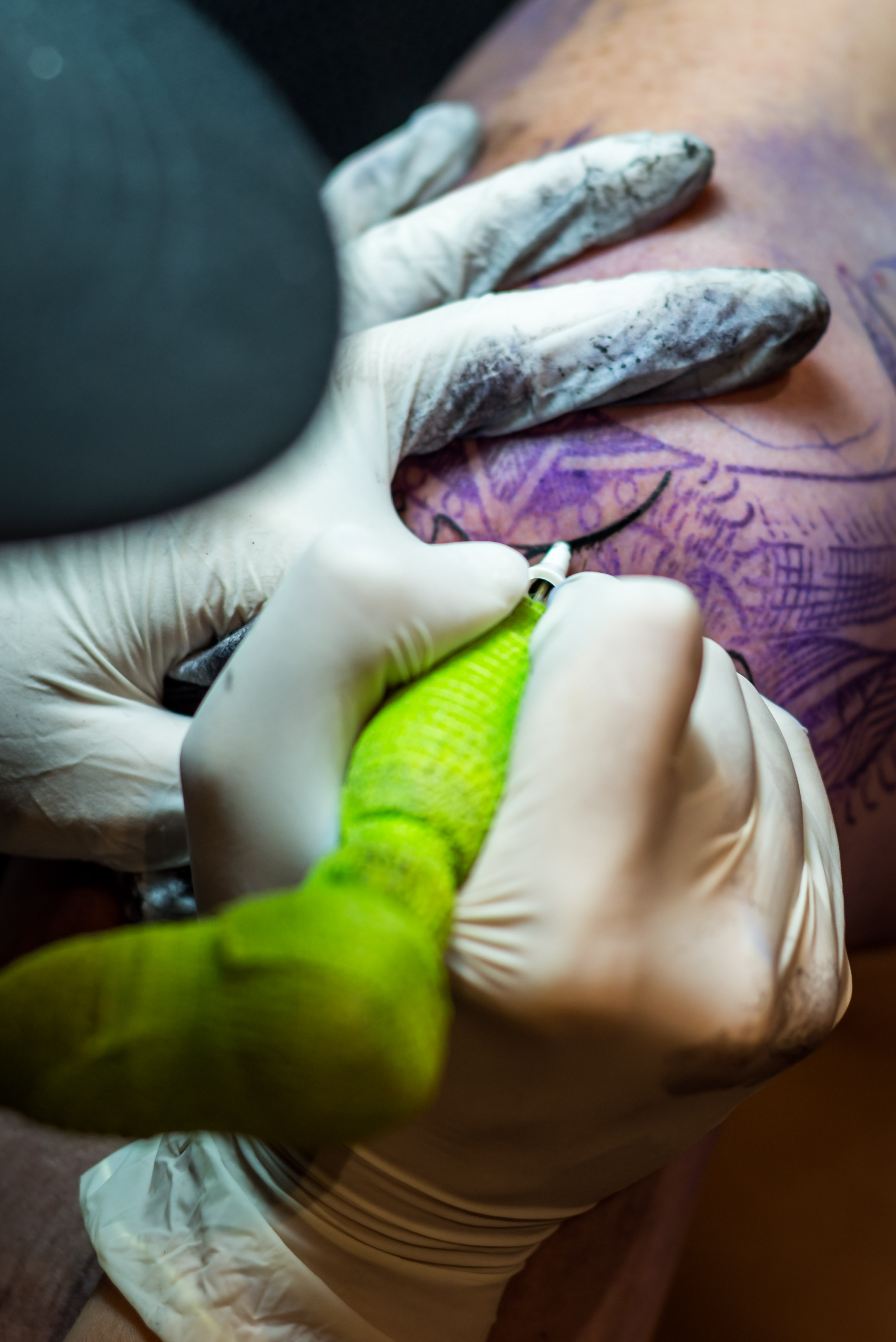 So respected in his profession has Danis become, he was recently included in The World Atlas of Tattoo as one of 100 contemporary practitioners highlighted as examples of the state of tattooing today.

Written by Anna Felicity Freedman, an American tattoo history and culture scholar who has most recently spearheaded a new tattoo education and research foundation called the Centre for Tattoo History and Culture, The World Atlas of Tattoo is a unique blend of historical and cultural overviews of tattooing in different regions of the world. 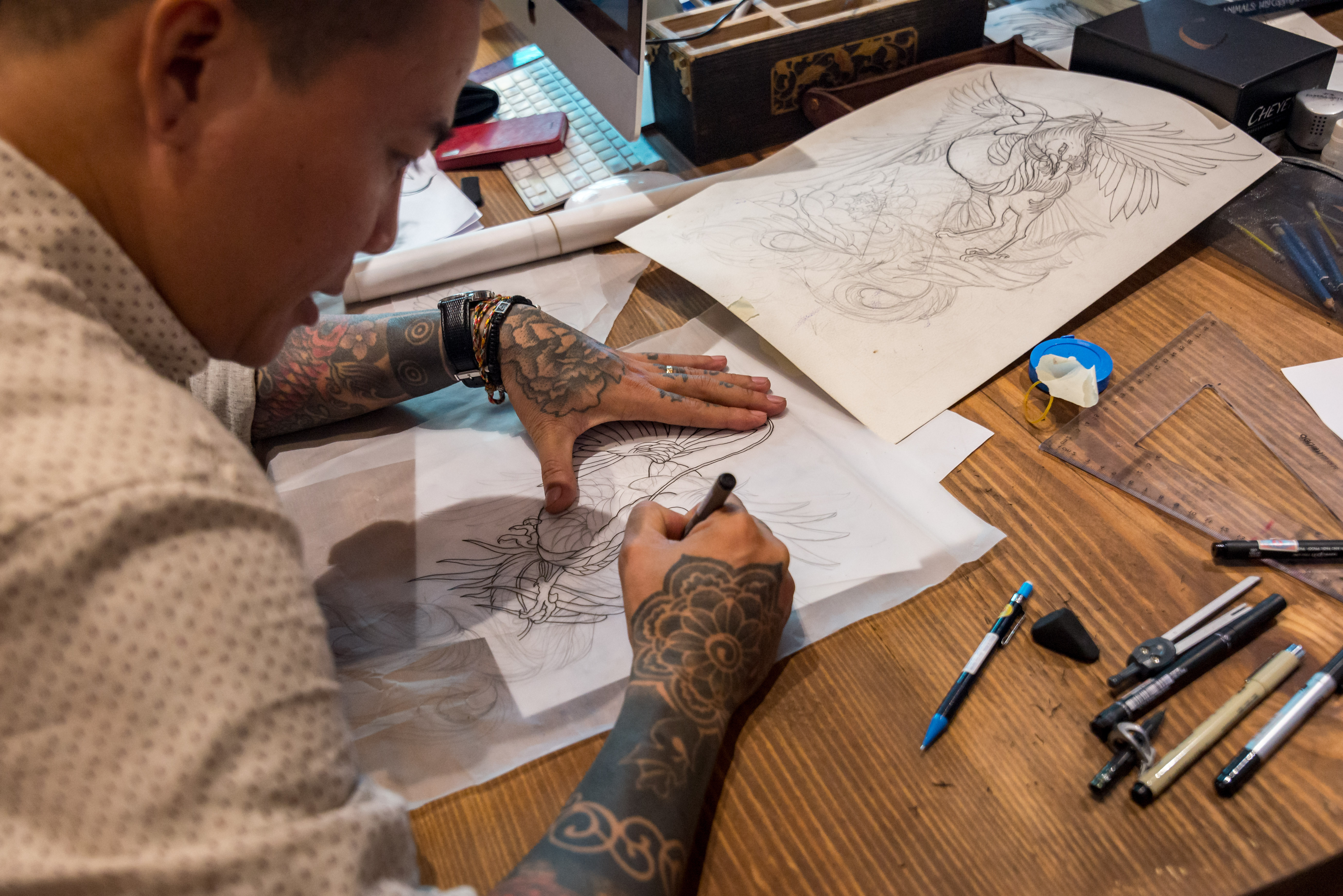 One of Anna’s goals for the book was to represent a wide array of artists, including some from places one wouldn’t expect to find extensive tattooing. While researching artists from Southeast Asia, she came across Danis and was “blown away by his work.”

“I found he was doing large-scale work at a high level of precision and artistry,” says Anna. “He was working in a variety of different styles that reflected global tattoo culture awareness and experimentation.”

In order to confirm what she thought about Danis’ work, Anna contacted a friend with Vietnamese heritage who travels to Vietnam regularly to see if she might be able to recommend someone.

“She suggested Danis, so that confirmed my search,” says Anna. 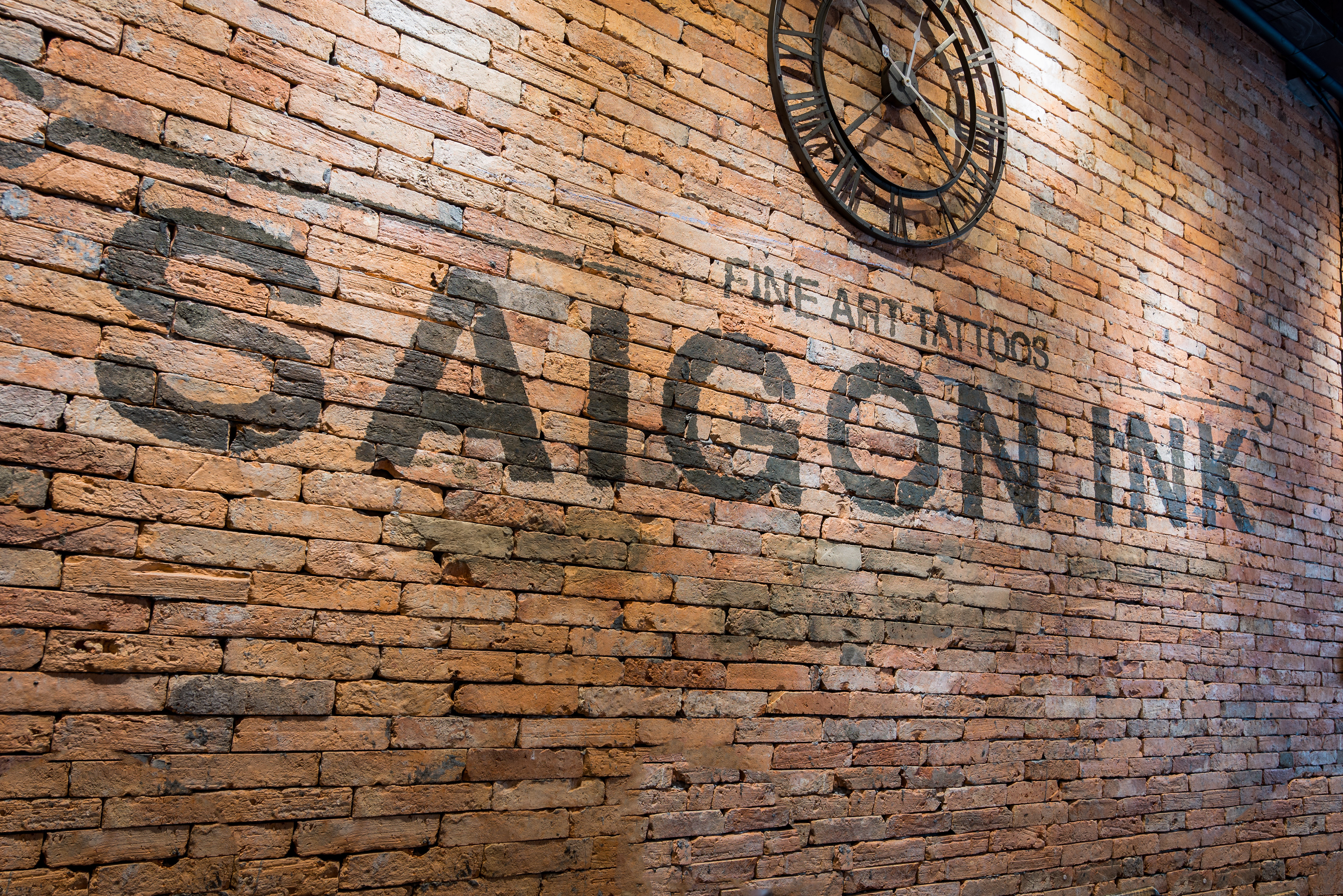 Confirmation of Danis’ talent is reflected in the demographics of his clientele. Saigon Ink attracts both foreign and local clients, but perhaps the most surprising demographic is the growing number of Australians coming here specifically for Danis’ work.

“They find me online and fly in and fly out to get my tattoos,” says Danis. “Around 30% of my clients are from Australia.” 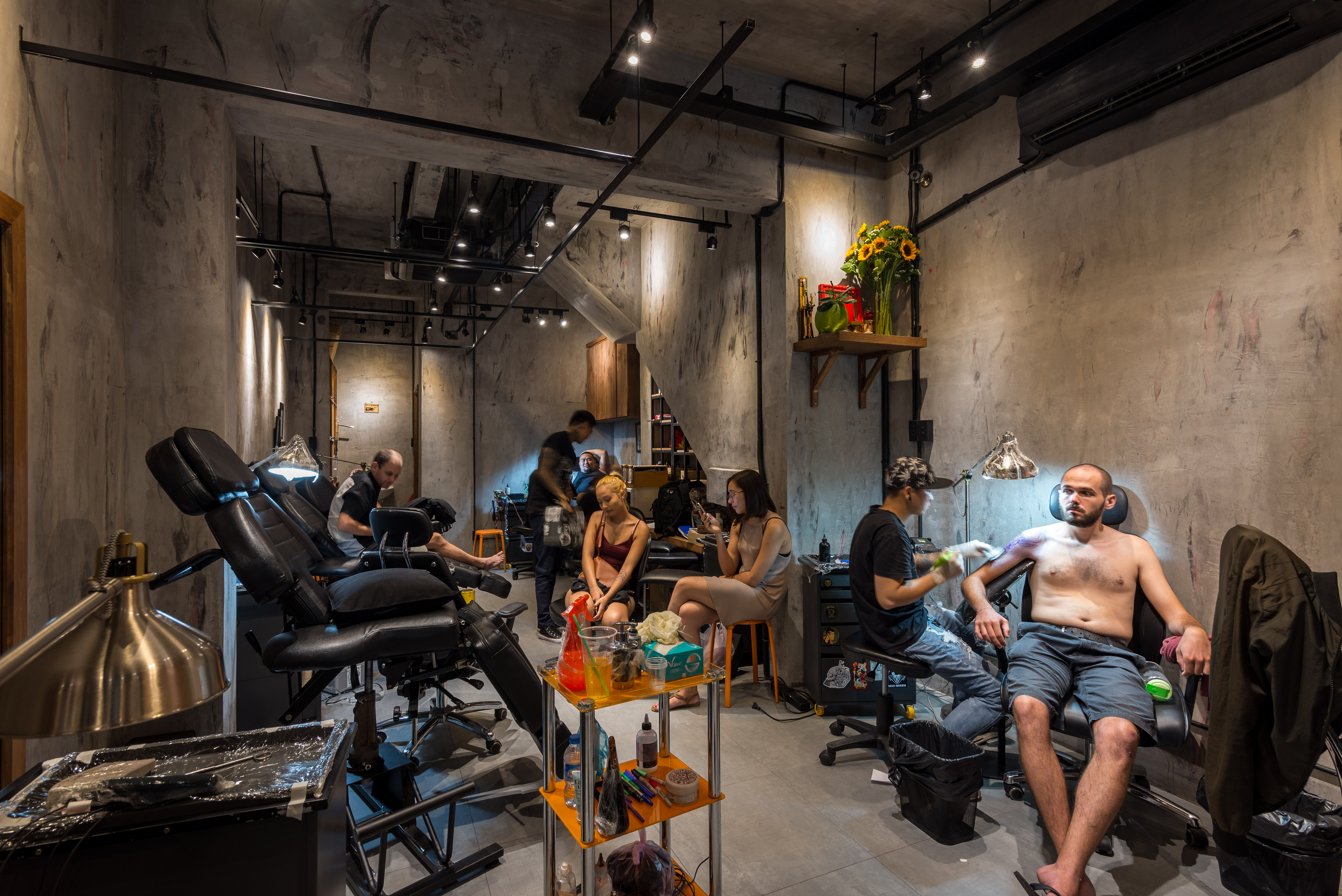 As a result, the interest from Australians, who Danis says are looking for authentic Asian-style tattoos, has him exploring the prospect of opening a Saigon Ink studio in either Sydney or Melbourne.

Although he’s reluctant to discuss details because he prefers to focus on the now, Danis says it’s potentially where part of the future of Saigon Ink lies.

Could this be the dawn of a new Vietnamese export to rival the success of Vietnamese nail salons in the West? Danis is circumspect in his response.

“I have a dream but I don’t hope about that. I stopped thinking that way years ago. I just think about now because the future never comes.” 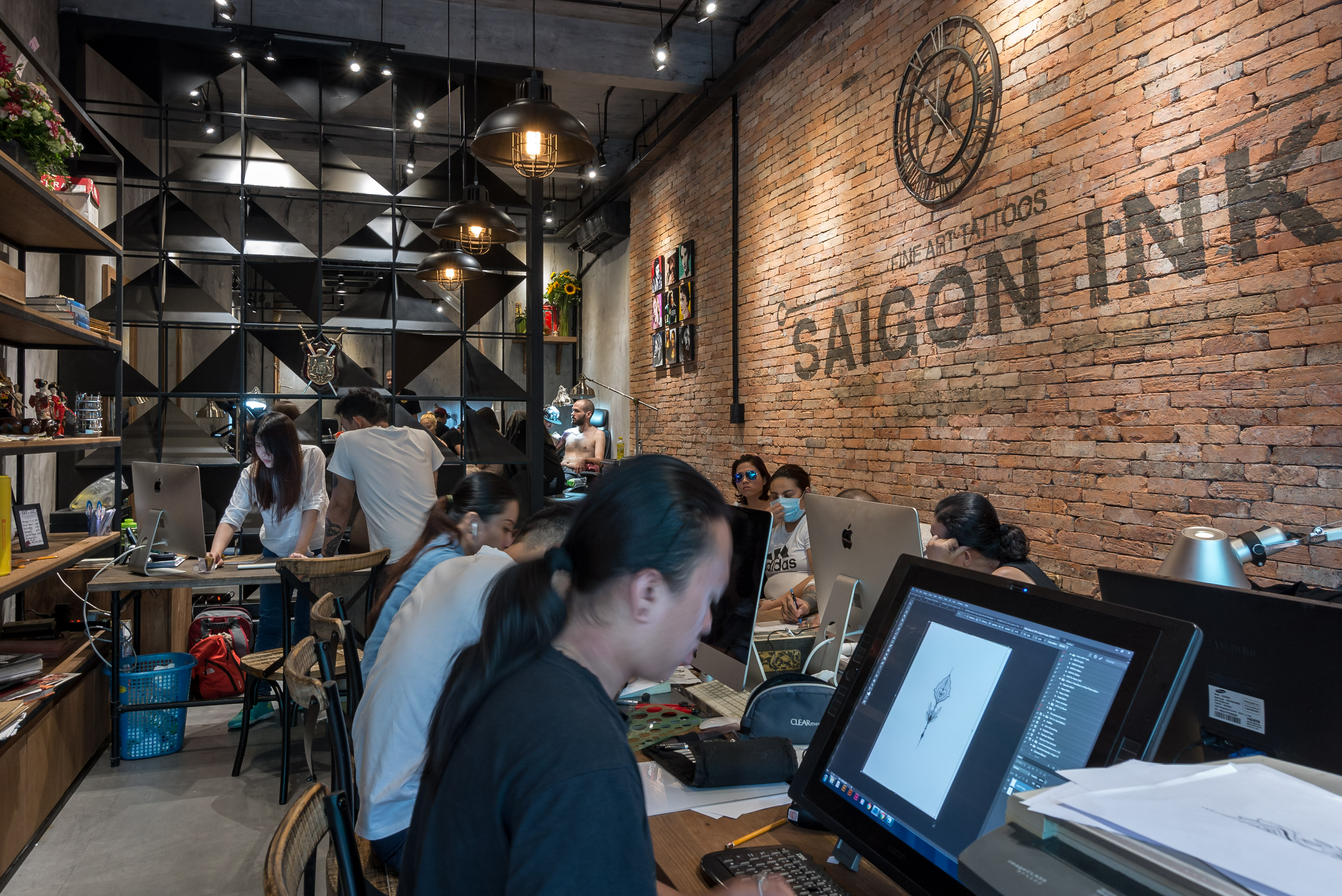 Saigon Ink is at 26 Tran Hung Dao Street, District 1, HCMC and is open daily from 9am to 10pm. For more info, go to their Facebook or website